Vance tells us about his experience at Currumbin Wildlife Sanctuary and his workshops at state schools.

The Currumbin Wildlife Sanctuary and adjoining hospital was my chance to see a kangaroo, and it didn’t disappoint. Sanctuaries are odd places in a way to me because of the captivity aspect of the creatures in it, but once it’s learned why they’re there my blood pressure goes down a tad. Highlights include:

– Dr Michael Pine who showed me around to various animals in various forms of trouble, particularly a “sugar glider” with a barbed wire in its wing, a lorikeet with a bruised foot, koalas with koala chlamydia (yep), broken shelled freshwater turtles, the list goes on. This guy is dedicated, and so kindly answered my plebeian queries about various things- here i was trying to use my biology degree conversation and, to my ears, sounding like a naturalist asshat.

– Yes that’s me holding a koala. Yes we have the same color hair. Honestly it felt intrusive to hold this animal at first, but they are either post-injured animals that can never be returned to the wild or they are, like this one, the first koalas born via in vitro fertilization, and have only ever known human contact. Whichever, I get it – contact equals awareness and appreciation, knowledge, and hopefully conservation. It’s an odd equation but the best math of these times. Even down here, our host, the amazingly dedicated Councilman Glenn Tozer clued me into the fact that there are movements in government from time to time that would just assume gut nature conservation programs. Its everywhere folks.

– The long billed pigeon looking thing is an ibis. They’re called “tip turkeys”, a tip being a dumpster in the parlance down here. They are indeed the local pigeon, but id never seen one, so it still rated as exotica to me..you go tip turkey!! You’re a badass in my book.
– Iguanas. I love them.

– Big-assed pelican that had been snagged by a fishing hook. Repairing nicely. I love him.

– Echidna must be fat to breed. Period. I have no pics, sorry. They were asleep. But their breeding story is interesting Common vet science practice is to lean toward lean animals in captivity being happier animals. Not this monotreme. Females need fat as these semi-reptile mammal madnesses can regulate their body temperature only sometimes, but most importantly when pregnant and making an egg. That takes energy, hence the need to be fat. Dr Pine’s eyes lit up when telling this science story- my guess he was one of the folks to discover this truth. Monitor lizards, crocodiles, flying squirrels, and magpies just shake their heads in confusion or disapproval. Dr. Pine is a god of sorts. There since 2000. So very dedicated.

– Kangaroos. There they are. They have a rest area where they know they can go to get away from hordes and buses full of people. This contact still doesn’t count. I want to see one in the live wild. Of course Road Manager Courtney says this morning, “Oh, there was a wallaby in the driveway when I came in yesterday evening….”. Oh the indignity.

I did performance workshops at two “state schools”. We’d call them public schools back home. Communication between schools, agent, arts group, and me, being somewhat fluid, ended up with me doing performance workshops- with choirs.
Good heavens. That’s not really what I do. But of course it is performance, after all. Same rules apply, right?! Ok, I got this…
So first and foremost for Monday’s night’s lesson plan was being sure to let the choir director know that I was there merely as an exciting new performer face from far away that was surely not doing anything that they couldn’t already do (gaining trust and camaraderie, I hoped), me playing a tune, asking them what they think the song was about, things particular they noticed in my performance. I pretty much won teachers and class alike with whatever creaky-real before noontime version of Goodbye Pluto I came up with. Validated. Check the blue circle.
Then on to my charges.
How to line up approaching the stage, hand motions, some mic technique, eye contact. Then on to even more zen stuff like being in the middle of what you do and why.
In both classes the question came up about nerves! I advised going ahead and being nervous, owning it, taking that nervous respect for the audiences to the stage, and delivering what you’d practiced.
These kids are all amazing. Some fine voices in each school, but as a group or their sub groups each shone. It was really inspiring. One group had a rapper open the piece, butt of the mic in the air. Cute as hell posture, even though he was rapping into the back of his hand. Rap in an Australian accent is a fun thing.
Happily, both of these music teachers seemed pretty happy to have me there.
I loved the wickedly insightful open questions and comments that came later- “why is your watch face on the inside of your wrist?” “We love how you leave the stage as if you’re still performing ..” And overheard between two boys “his hair is like Sheldon’s ..” (Sheldon being the tiniest apparently half-Black kid that was selected later by me as “bowmaster” – the one the others follow when bowing after the performance)… “Yeah… Sheldon let me touch his hair – it feels like cotton candy!!

Partway through one of the stage set things a little girl frantically waved her hand to the teacher to go to the bathroom. She got the “of course” nod and dashed, as did a few others. She came back clutching her uniform dress bottom, wise-eyes and worried looking. As she lined back up where she previously was, I noticed where she had stood, and was standing again, there was a puddle. Gracefully, the child next to her acted as if nothing had happened. I did the same.
In fact I did all I could to do absolutely nothing. I acted as ignorant as I possible could. For that little girl’s dignity, I hope I was successful.
Man, I wanted to scruffle her head and say “No big. I did that just yesterday”. I have. I’ve been that kid. Too scared to move, ask, make someone angry, break the flow, then, too late. I thought I wasn’t worth stopping any process for my needs. I wasn’t worth much, period. I was invisible. Pee wasn’t. Still isn’t.
It was about 15 minutes to the end so I had everyone come off the stage for a Q&A and debrief. As they were sitting and getting themselves sorted I alerted the music teacher, whispering out of the side of my mouth as to what had transpired. She assured me she’d gently look into it with someone at the office. I asked her that whatever the story was that she say it was *she* that noticed, and not me. Heartbreak #2 that came to mind for me is that that child’s bladder control or the lack thereof can be an indicator of something in that child’s life outside of their control. You know what I’m talking about, dammit.

So much good stuff I am blessed to witness with these kids, of whom I am 1/2 century older than, who take me in as their own after 1/2 hour. Both of my elected bowmasters we’re both about 4 feet tall. Taller than the world for a minute. All of them hopefully.

And as witness to this wildlife sanctuary – I can only hope these kids have it in their minds to do music and take the time to save their world. 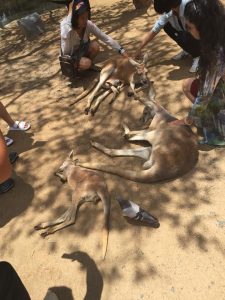 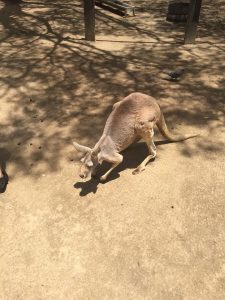 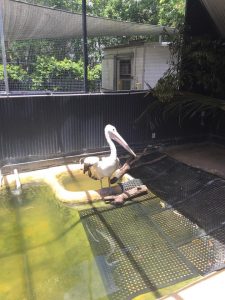 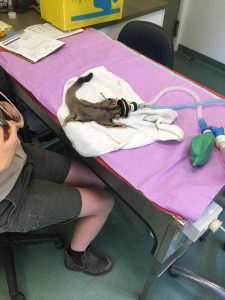