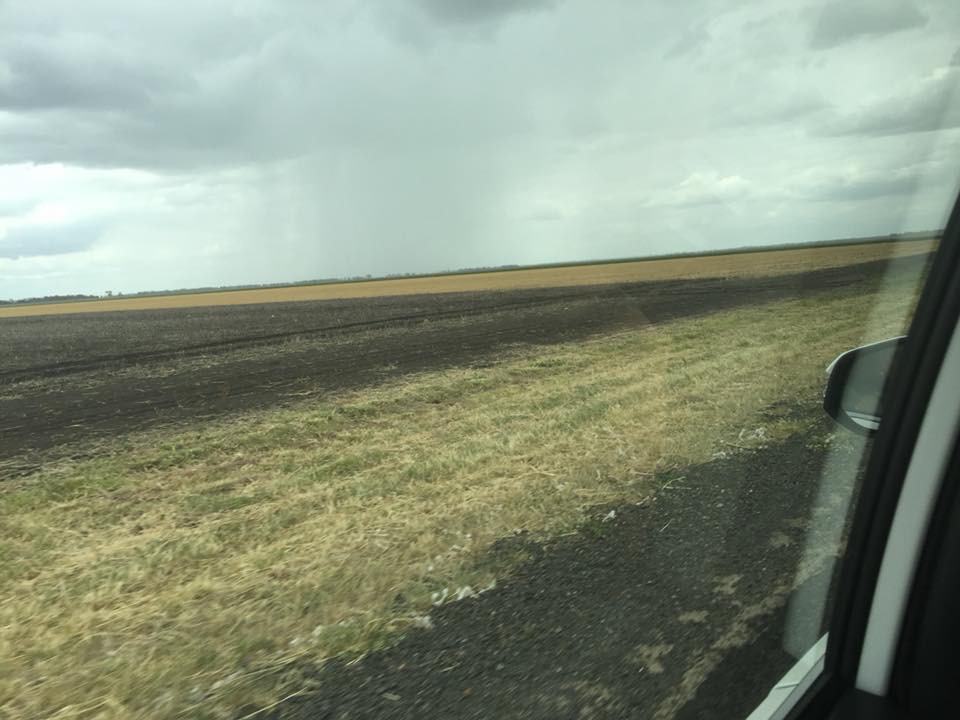 On his 18th day in Australia, Vance travels out west to Texas.

Everyone happy to see each other upon my retrieval at the hotel.

Great drive to Texas, Queensland. Stopped at a quirky roadside establishment where I had fried chicken balls – breadcrumb coated balls of chicken with garlic butter center. I swear it should come with little napkins listing 2-3 competing cardiologists names, as there’s guaranteed work for all. Bite it and garlic butter squirts out of the sides of your mouth. Dear God these things make poutine look like health food..
Got to the little shared-bathroom-style hotel above the pub, which often seems to be the way down here. Texas is the antithesis of the American archetype. It’s about a block and a half long. 600 people in this town. 10% were at the show.
Show was set up strangely to me until explained, as the first tables were 25 feet away from the stage like they expected dancing. I’m told that’s where kids sit.
There were 4 kids present so that’s where my next to last tune was The King Of Rome. I know, right? Been a while since I laid that one out. I’m rusty too.
These people were so nice. It’s BYOFood, and a family or group of friends would take over a table and pool their victuals. After the encore with Liz, I bowed and started visiting tables, now that we had fostered community. And I tasted something at each table. It’s my job, I figure.
At the table of the people that hosted us was a gent that had a pesto on bread that made me cry. Secret ingredient are semi-dried tomatoes. Everything else was your typical pine nuts and basil and such. Served on sliced, toasted, buttered french bread. But omg.
Not eating much in the way of straight up carbs I had to stop. But a gentleman at this table had this theory:

“ I’m going low carb too. My method is this – in one hand I have a Kit Kat bar. In the other a Diet Coke. They balance and cancel each other out and there’s no net carbs…”

I look at him long and finally blurt, “That’s the craziest thing I’ve heard in Australia yet! Seriously? Your Coriolis may circle down the drain differently but what gives you the right to make up your own science?”

“I predict you’d be laughed out of your job if some real scientific medical people could hear you say this.”

“Like her?” he says pointing across the table at his wife. “She’s the head nurse at the emergency station across the street. Young man next to her is a visiting medical student”.

Seriously I thought we’d all die laughing. I had another pesto toast point, and I thought about looking for a Diet Coke …

Riding to this next town Ball was wonderful. See the impressive wall of rain over the plains. Big show tonight with all kinds of food. Good thing I left room and didn’t do that third pesto toast point. 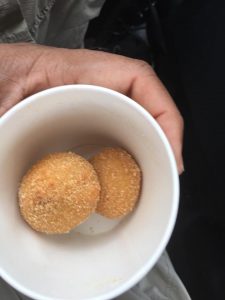 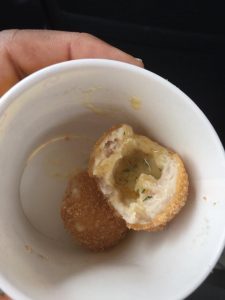 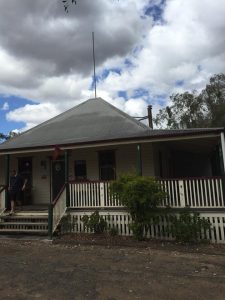 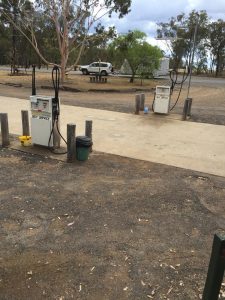 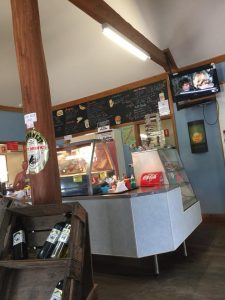