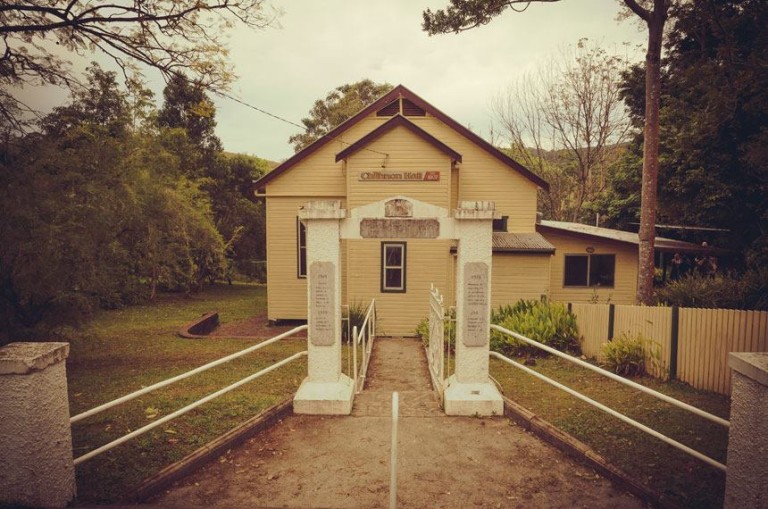 The Channon Hall celebrates its 110th anniversary this November 2017 and to celebrate we have partnered with the Festival of Small Halls.  The first hall was opened in November 1907 and it quickly became the central focus for the social life of the neighbouring district.  Unfortunately this hall was destroyed by fire in 1911 after which, with the aid of insurance, a new hall was built and opened in 1912.  This hall was then moved by bullock team across Terania Creek to its present location in the 1920’s.  In the 1970’s The Channon Public Hall hosted one of Australia’s first successful anti-logging campaigns which led to a landmark decision to end rainforest logging in New South Wales.  The Hall has continued to play a role in environmental issues such as the anti-Coal Seam Gas movement.  The Channon Public Hall was the original location of the now internationally renowned Sunday market known as The Channon Sunday Craft Market, the longest running market in the NSW North Coast Region.

The Channon Hall stands on land traditionally owned by the Bunjalung people.

New South Wales, HERE WE GO!!! We are beyond exc

SPACE IN A TOUR! Today we're smiling as broadly as

Welcome to 2021! We are starting off our New Year

Tomorrow is the last day of 2020. Over this insa

We're spending this hazy time between Christmas an

Tonight, we close the Summer Tour 2020 with @karls

The sunflowers on the Darling and Southern Downs n

Cooroy, here we come! It's our third last show wit

Sitting with the beautiful community of Glen Aplin

We're on our way, Glen Aplin! The Glen Aplin Memor