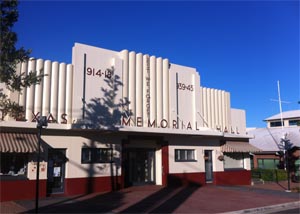 On paper, Texas has a romantic history that can rival Deadwood. Named after the US land dispute, but in honour of a local one between two brothers and some post-gold rush squatters, Texas earned its stripes with farming, silver mining and tobacco. Driving on the meandering road over the Dumaresq River leading out of Texas, you can have the great pleasure of driving in and out of state lines between Qld and NSW in your search for old tobacco stacks – Texas is also a border town.