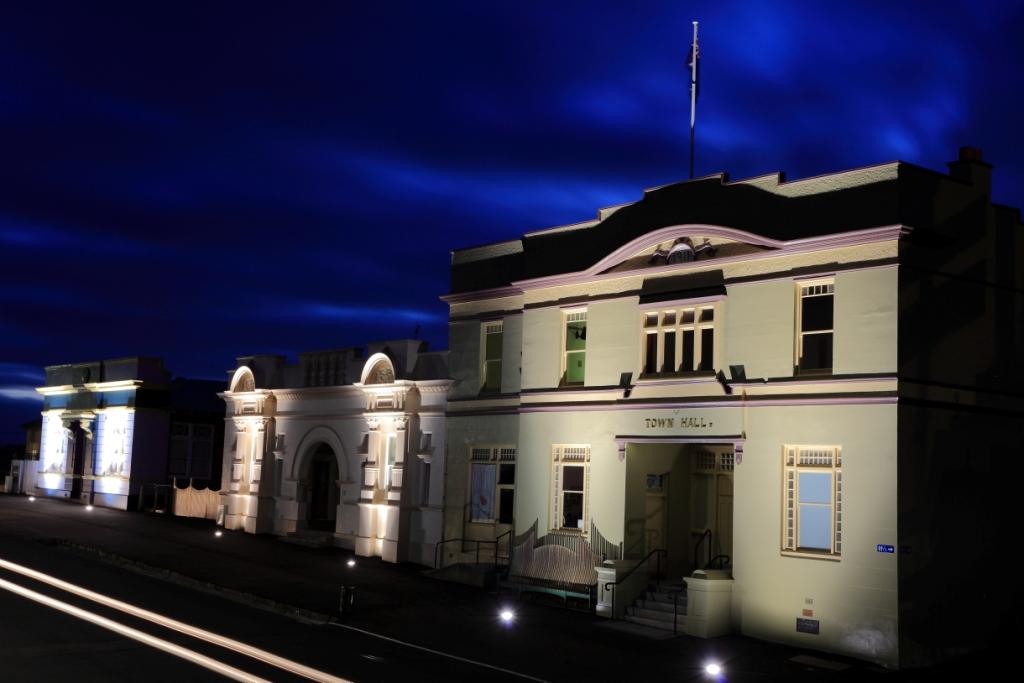 The architect was Alexander North (1858-1945) who emigrated from England to Tasmania in 1883. He was known as an outstanding church architect, and a pioneer of concrete construction in Tasmania.

Stanley Town Hall’s builder was W. McDonald of Launceston. The building is a freestyle federation two-storey structure, and the walls were constructed in a series of horizontal concrete pours.

The main auditorium was renovated in the art deco style of the 1930s. There was live entertainment, and the Crystal Talkies cinema.

In 1988 Stanley Town Hall was listed on the Tasmanian Heritage Register. It was considered a fine architectural example of a local government building, and its “townscape associations are regarded as important to the community’s sense of place”.

In 2010-2011 a substantial State Government grant funded further improvements. There was full restoration of the art deco auditorium, new seating, new toilet facilities, and new house and stage lighting, and sound systems and projection equipment. There was extensive electrical rewiring, and external painting of the building.

Festival of Small Halls rolls into Stanley on Friday, 4 January 2019.