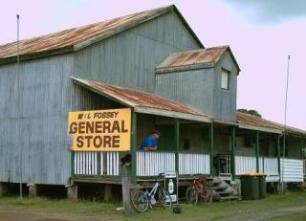 St Lawrence is situated approximately 155km south of Mackay and is one of
the oldest towns on the coast; its demure is firmly linked to its historical beginnings which are well seen about the town. The township was established originally to service a major port facility which is no longer used. One historical building still remaining from this time is the Council Office. Originally built to service the Customs Offie for the Port of St Lawrence, it was sold to the then Shire of Broadsound for 100 pounds in 1901. The St Lawrence Wetlands are key perennial wetlands within the St Lawrence Creek system, which forms part of the greater Broadsound Wetlands – listed in the Directory of Important Wetlands in Australia.