The programme of touring musicians featured The Once (CAN) and John Flanagan (AUS). John debuted his song, Son of a Father, a moving ballad about his father’s early-life heart attack, the hardships that followed in life growing up and his reflections on fatherhood now he is a father himself.

John produced a video clip for Son of a Father at The Stick Shed in Murtoa before performing the song to an audience at the Murtoa Mechanic’s Institute Hall that included his mother and father.

See the video here, and read further below for an interview with John about the tour.

Why did you decide to become a musician?

Thinking about it I didn’t really decide to become a musician, I just moved more and more towards music since it was the way I most loved spending my time. I played in a band after finishing school and got more and more inspired to hone my skills in the craft of songwriting. I spent a bit of time at folk festivals as a kid and the folk community in Australia feels like a nice family to be a part of.

How long have you known about Woodfordia, and Festival of Small Halls?

I first played at Woodford back in 2011 and it was actually the first big festival that gave me a chance and put me on the bill. I’m very grateful that someone there believed in what I was doing, this was an inspiring experience for me and I’ve been playing folk festivals ever since. I was aware that my good friends The Maes played Festival of Small Halls back when it first started, it sounded like a dream gig and I’ve been keen to be involved since I knew about it.

Was the tour a good fit for you?

The listening audiences and beautiful locations provided the perfect environment for the lyric and storytelling focused music that I play. As a self-managed musician used to booking my own gigs, accommodation and doing my own tour managing this was a dream gig. Just showing up to different towns and playing music was a luxury for me. Having a lovely team of people take care of the finer details meant that I could spend my time focusing on how to improve my show in entertaining and communicating to the audience. I really love playing to the different audiences, especially playing to those that don’t get to see live music that often

The song Son of A Father is clearly deeply personal. Was it difficult to write?

It was a long time coming. There was a song that I had written about my dad a few years back. I thought it was an ok song but it didn’t feel finished and it wasn’t this feeling like it was an amazing song. After becoming a father myself at the end of 2017 I was of course reflecting on my own parents and my dad specifically. There’s nothing like parenthood to help you see your own parents in a whole new light. I started writing a new song and I realized I could borrow a whole bunch of material from the old one about my dad. This new song seemed to tie together the way I felt in a more authentic way.

Was there a specific moment you knew you wanted to write Son of A Father?

When I became a father and was pondering some of the correlations between myself as a Dad and what my Dad might have been like at my age.

We understand your parents heard the song for the first time shortly after you recorded a video clip for Son of Father. How did you feel, knowing they would hear it that night?

I just started playing this song on the Small Halls tour but playing it in front of my parents was the hardest and most nerve-wracking experience of the tour. I had managed to hold it together for the other gigs, I was worried I might break down a bit if I saw any kind of reaction in my parents. Luckily it was dark out in the audience and they were up the back somewhere. I got to the bridge and came close to tears but managed to hold it together. There’s no way I could have sat down in a room with them and played it to them so this was a good way to do it.

Editor’s note: Our sources inform us that while John managed to hold it together, the touring team, the audience in the hall and the other artists were not as successful suppressing their weeping.

Did your family give you any feedback on the song after they heard it?

Dad came up and gave me the thumbs up after the set, saying it was a great song. It might have been hard for him to hear the song since it opens a very personal history about him, but he’s very supportive and has only been positive about the song. My mum has also been very supportive of the song

How important is it to tell a story like that?

Personally, it’s my way of communicating things to my Dad that maybe I could never communicate in a conversation. Three of the other guys on the tour had lost their fathers. They made me feel that I was lucky to have had this chance to share the song with my dad. Despite being so personal it seems to have struck a chord with listeners beyond any other song I have written. The kind of man you wouldn’t expect to hear from after a show would regularly come up to me with a few brief words “That’s a great song about your dad”. Every father and son relationship is complicated and I guess this song touches on the challenge of emotional communication between a father and a son and how it can often be a wordless communication in these relationships.

We were lucky enough to meet your son on the tour – what effect, if any, has parenting had on your music and creative processes? 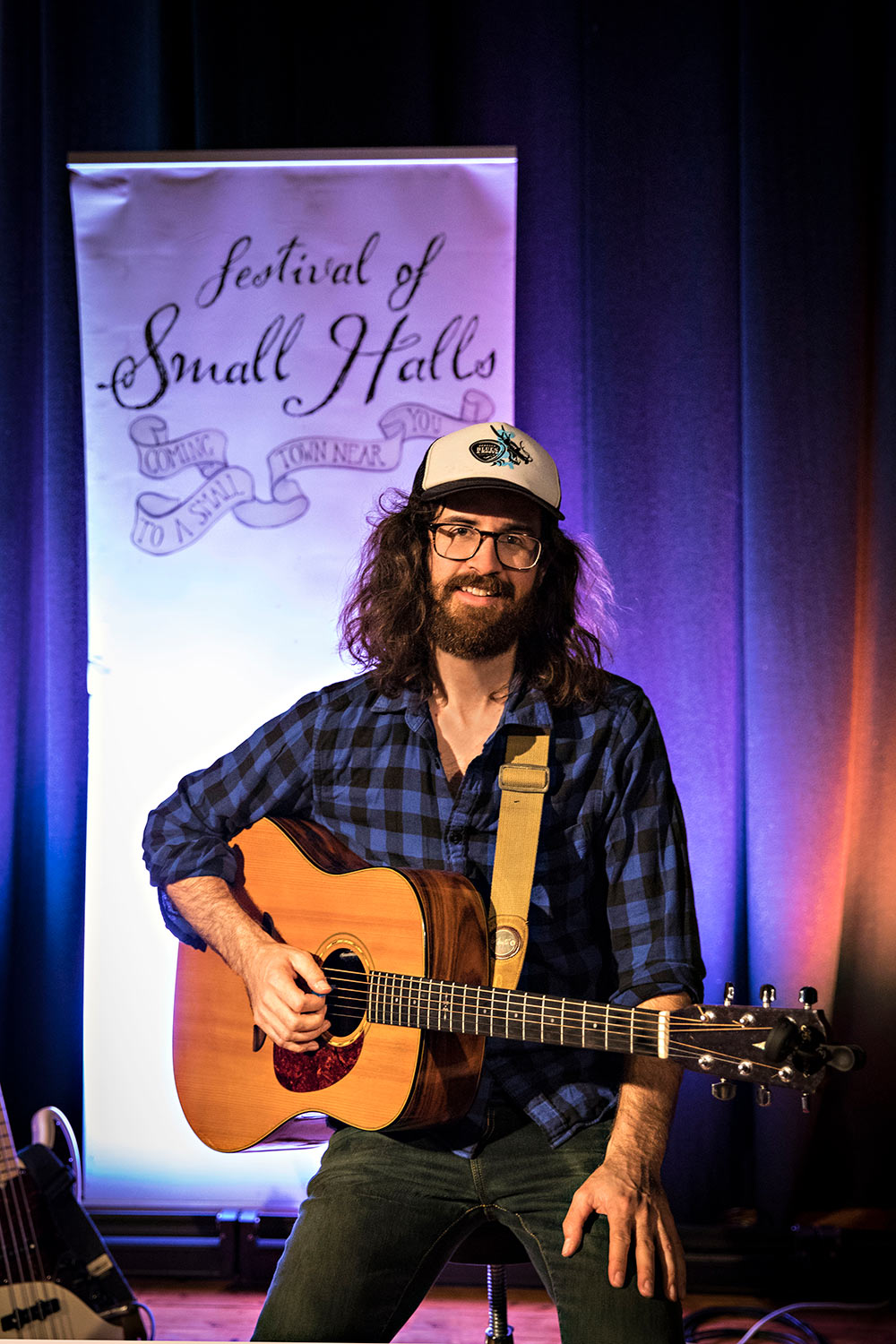 Parenthood definitely inspired this song and has inspired some other songs too. I have had to become more organised in my songwriting. You lose all the precious free time as a parent. Luckily I have a supportive partner and can block out a little time each week for songwriting. Personal experience very often feeds into my songs in different ways so I am inspired by the challenges and joys of parenthood and what it has taught me about myself.

It's only been 3 and a bit weeks since we launched

Unfortunately we need to announce a programming ch

And just like that.... we're rolling into the fina

Third last show on the Autumn Tour 2022: Western A

Show details for tonight! We'll be welcomed to Y

A couple of days off, home cooked meals and some b

It's our last week on tour with @ginawilliamsguygh

On these longs drives, a leg stretch and a bounce

The children from Williams Public School have been