Autumn 2018 – Port Fairy to the National

Taylor crafts soulful folk songs that capture both the beautiful and dark elements of the human experience. Her music ranges from warm, mesmerising ballads to epic anthems. With vivid storytelling, colossal vocals and a powerfully captivating stage presence, her live shows leave the audience in no doubt that they have just witnessed something extraordinary.

After winning the Byron Bluesfest Busking Competition, Taylor relocated to Byron Bay to record her debut album, Elemental. Released in 2016, Elemental received widespread critical acclaim with The Sydney Morning Herald describing it as “strong and assured”, FATEA Magazine calling it “exceptional” and the ABC’s Rick Eaves hailing her as “a national treasure”. Taylor’s poignant debut album has garnered her significant radio airplay on Triple J, Double J and ABC radio as well as international radio airplay on programs such as The International Americana Music Show, The Troubadour Show and Radio Nova.

2016 was a breakout year for Taylor. The album release was supported by two national tours and numerous festival appearances including Nannup Music Festival, Bello Winter Music, Mullum Music Festival, PigSty in July and Cygnet Folk Festival. Other highlights include supporting Liz Stringer on her album launch tour and a co-headline tour with William Crighton.

“Describing Claire’s voice in words is almost impossible. Try to imagine Jess Glynne with something deeper, richer and more soulful. Wrapped in the smoke and gravel of her voice there’s also a wonderful warmth.”
–     FATEA Magazine

“It looks like it’s gonna be a big year for Claire Anne Taylor…what a voice!”
–     Sarah Howells, Triple J

“I’m going to go on the record now: everyone is going to be talking about Aussie Claire Anne Taylor come March. Incredible voice”
–     The International Americana Music Show

Call it the silver lining in the cloud of a brutally cold Nova Scotia winter. When acclaimed folk singer/songwriter Dave Gunning decided it was time to make his 11th solo album, he found the bleak weather outside a blessing, not a curse. “We were literally snowed in, but the power was on and I was good to go,” he says of the making of that album, Lift.

Eleven albums in, Dave Gunning has become a truly masterful songwriter, one who has earned real peer respect from such Canadian folk songwriting legends as Ron Hynes, David Francey, and James Keelaghan. “I grew up listening to people like Ron Hynes,” says Dave. “I look up to them but then it hits me sometimes that I’m their peer and they like my stuff too. It’s a weird headspace, flipping from being a fan to being a peer.”

Gunning’s recording career is now approaching a full two decades in length (his debut album, Lost Tracks, came out in 1996). Along with richly-deserved peer respect, he has also earned a shelf full of music industry awards. That tally now stands at eight East Coast Music Awards and two Canadian Folk Music Awards, plus a 2012 Juno Award nomination in the Roots & Traditional Solo Album of the Year category for his album …a tribute to John Allan Cameron, a compelling homage to another of Dave’s Maritime musical heroes.

“Truly, what makes Gunning so remarkable as an entertainer is his rare gift to be able to befriend the audience as a whole from the stage throughout the course of the concert. And, indeed, you do feel as though he’s as good of a friend as any after a night of songs, stories and lighthearted laughs.”
– The Guardian

“Gunning is the next big thing in the True North of Song, an artist as compelling, as assured and attentive to every nuance of the writing process, as Lightfoot, Cockburn and Stan Rogers before him.”
– Toronto Star 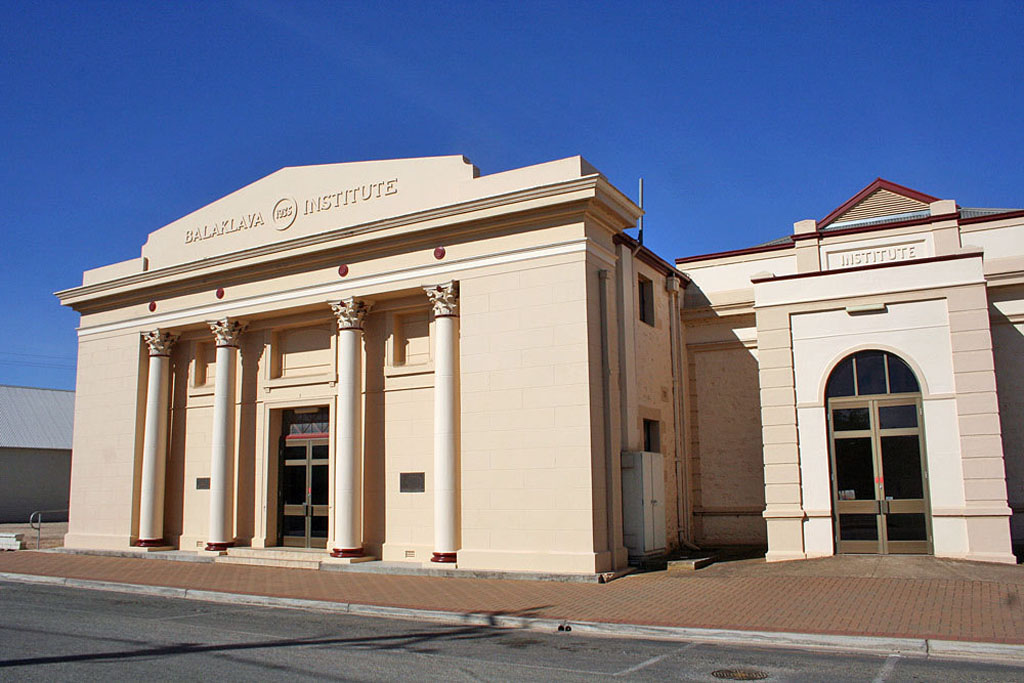 Balaklava is excited to be hosting the first Festival of Small Halls in South Australia. Balaklava is the largest town in the Wakefield Regional Council.  We are an hours drive from Adelaide, the Yorke Peninsula and the Barossa Valley and less from Gawler and Clare. The Balaklava community is well known for its encouragement and … Read more 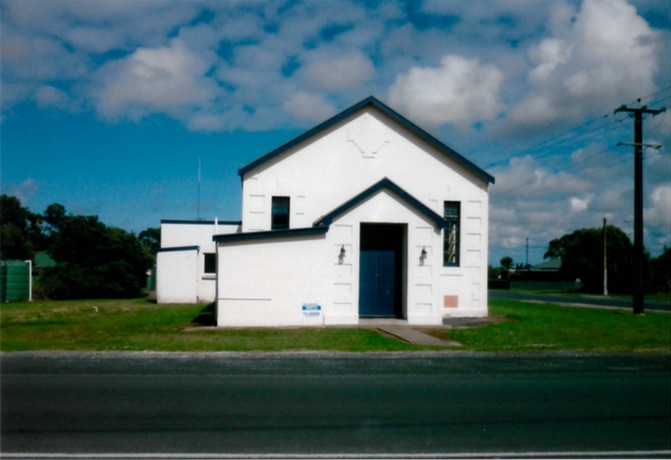 The Allendale East area was settled in the early 1960’s from which time a store, schools, churches and a post office have serviced the community since. A cheese factory, hotel and stock pound operated until the early 1920’s. As the township developed the need for social and spiritual development led to the Community Hall being … Read more 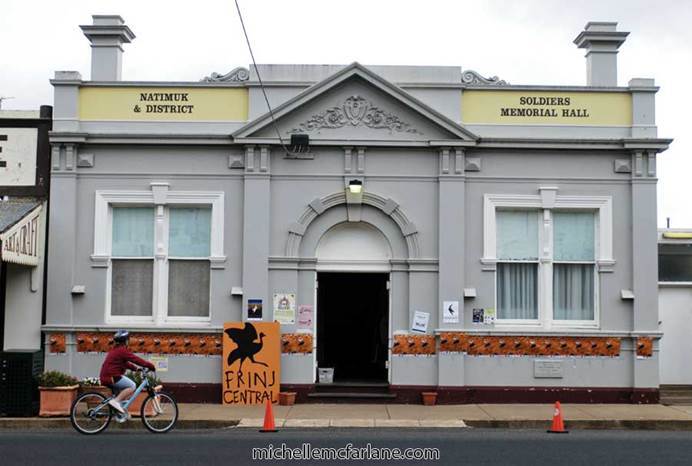 The tiny Wimmera town of Natimuk, population approximately 500, is known to many for Mount Arapiles, which is located around 10 kilometres west of the town. It is one of Australia’s best abseiling and rock climbing venues with a huge sandstone rock face and attracts visitors from all over the world. However, a visit to … Read more 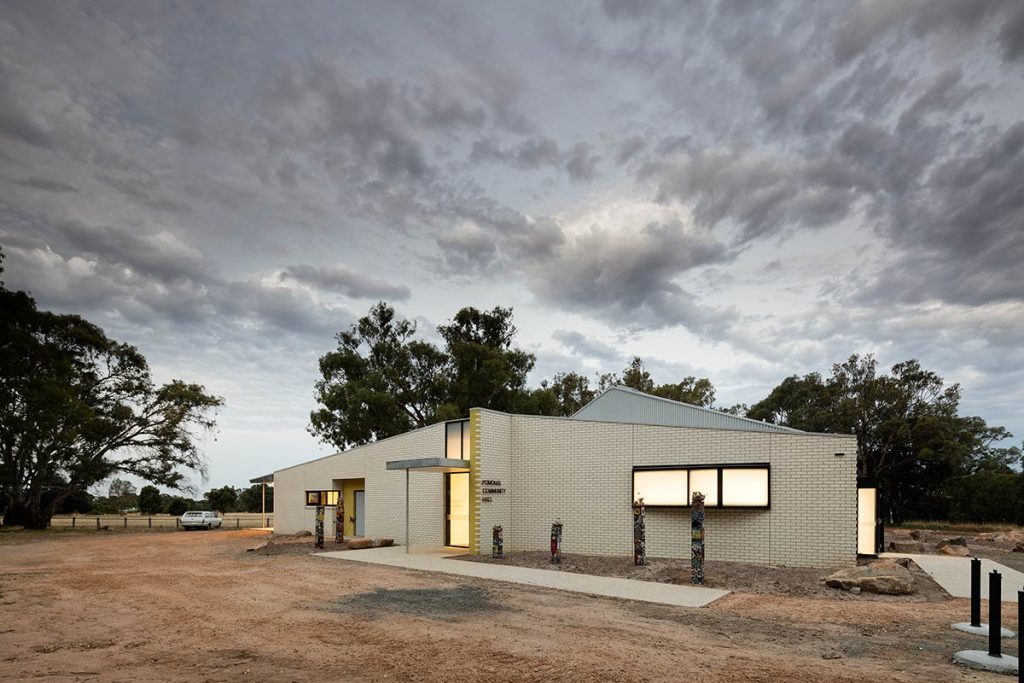 Apollo Bay – a seafood village embraced by tranquil beaches, rolling green hills and the Great Otway National Park. Turn the ‘out of office’ on and leave the high heels at home. Join the simple life with sand between your toes, sunshine on your back and fresh food in your belly. Kid’s roam with the … Read more 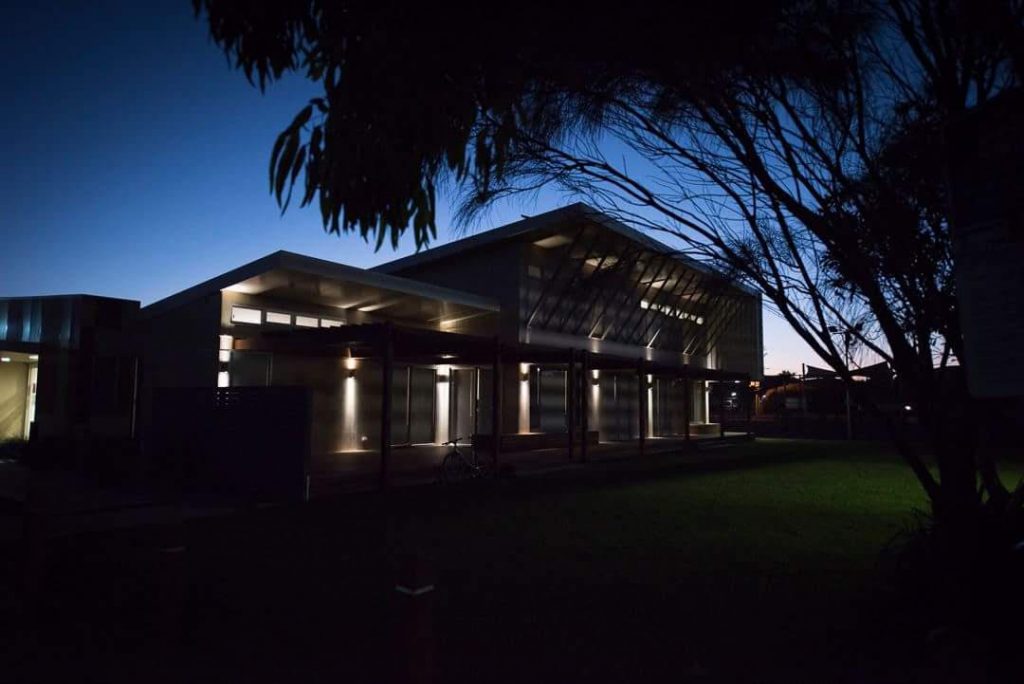 Sandy Point nestles on the shores of South Gippsland in Southern Victoria. Look left for spectacular views of Wilsons Promontory with Shallow Inlet in the foreground. Look right to the pristine waters and wide expansive beaches, all the way past Waratah Bay around to Cape Liptrap. Rated as one of the safest beaches in Victoria … Read more 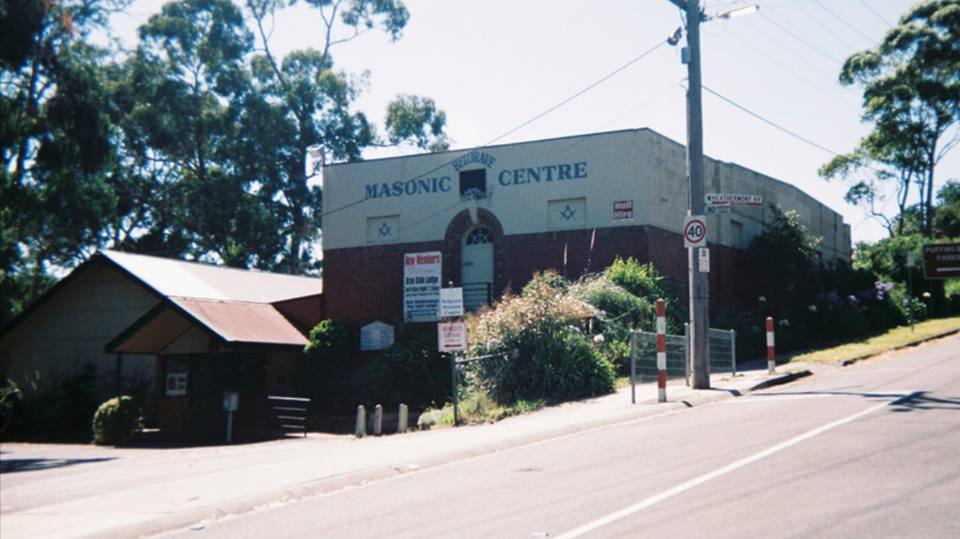 This show has been cancelled. We apologise for any inconvenience or disappointment caused. 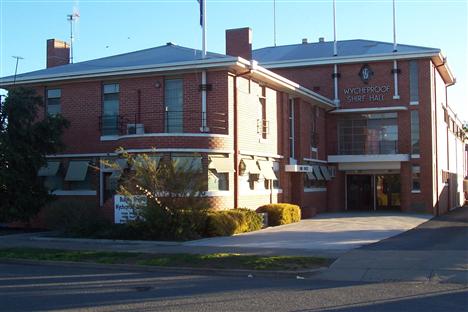 Wycheproof Public Hall was built in 1920 and features a large public hall with a supper room and kitchen. The name, Wycheproof, originates from an aboriginal word meaning ‘grass on a hill’, referring to Mount Wycheproof just off the Calder Highway, which is the smallest registered mountain in the world, standing at 148 metres (486 ft) above sea level or … Read more 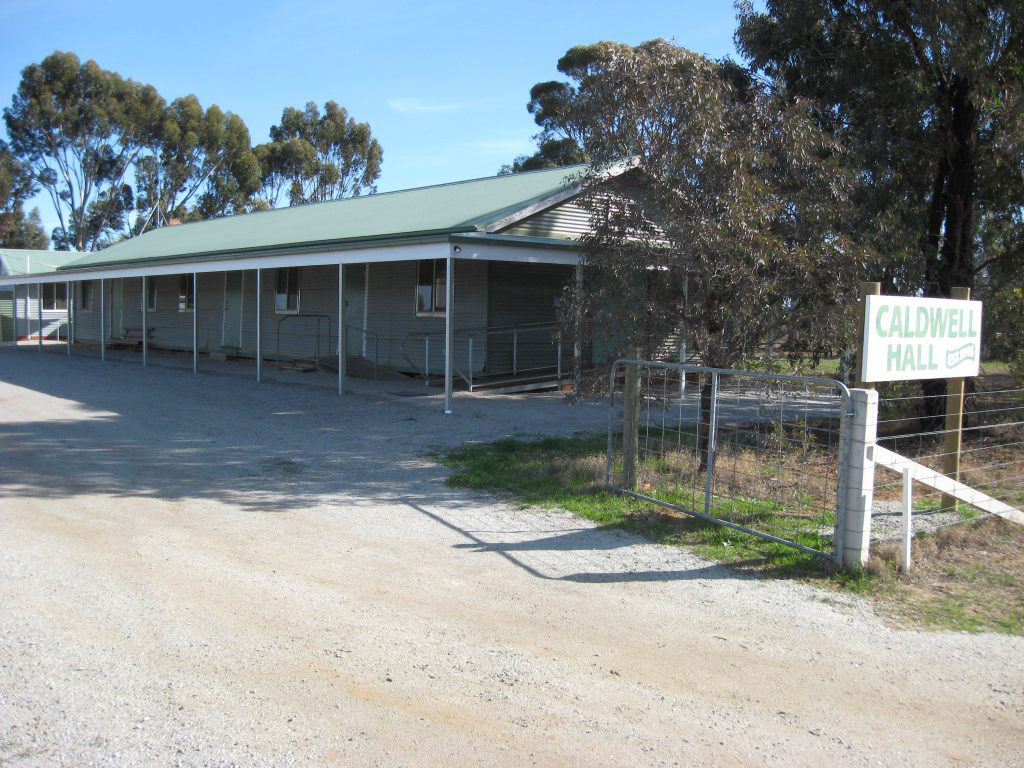 Caldwell is home to abundant community markets, fine wineries and beautiful walking trails. The surrounding areas boast artist studios and niche businesses offering delicious delights such as meads, avocados, wine, honey, olives and citrus fruits as well as river cruises. Visit the Wolseley monument while in town, Frederick Wolseley was an inventor and woolgrower who invented and … Read more 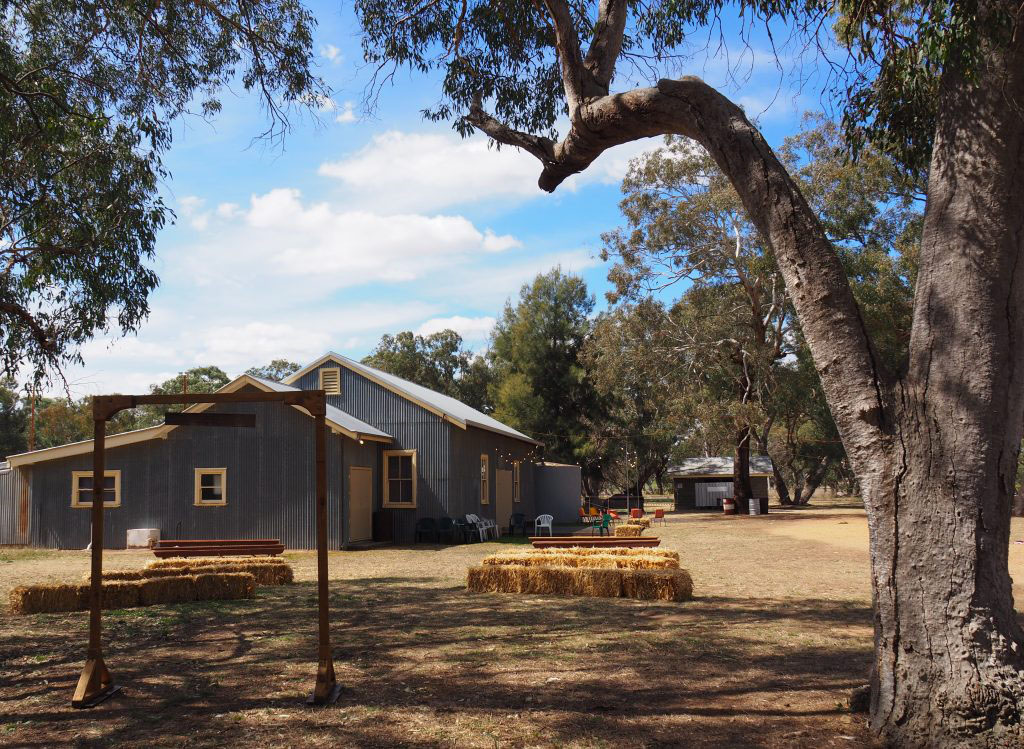 Discover the fresh air and peace and quiet among the huge old box trees on the Wambangalang Creek when you visit Toongi, a small rural community just a stone’s throw south of Dubbo. The area is brimming with history, charm and  pretty views, with the picturesque Toongi Hall and tennis courts the focus of community events … Read more 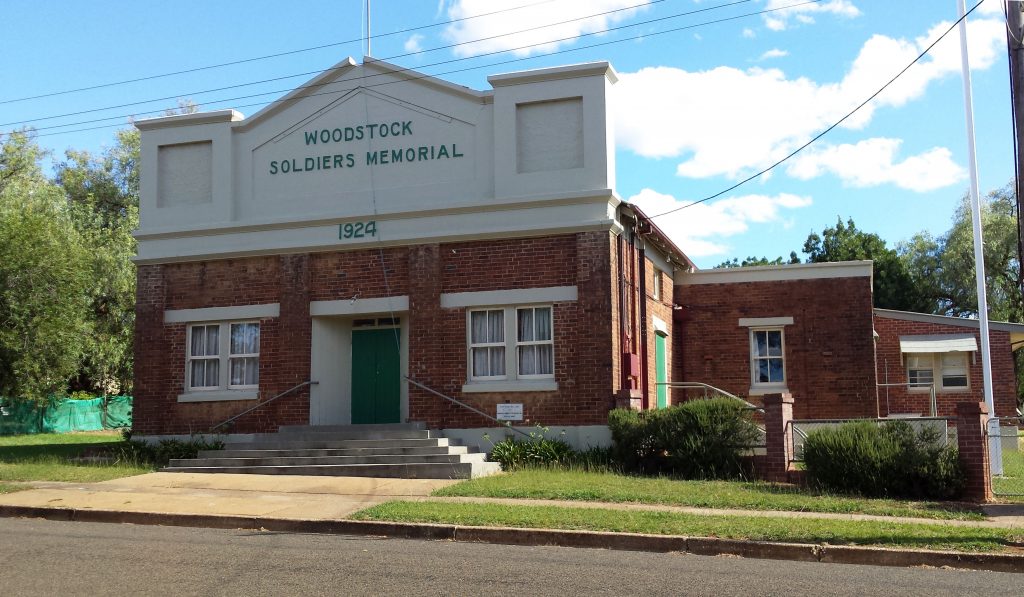 The Central West N.S.W. village of Woodstock has a population of 200 with a further 500 people living in the rich farming district surrounds.  Our Woodstock Soldiers Memorial Hall was built in 1924 and is the venue for our Festival. We aim to showcase our Hall & village as well as the farming community’s produce, … Read more 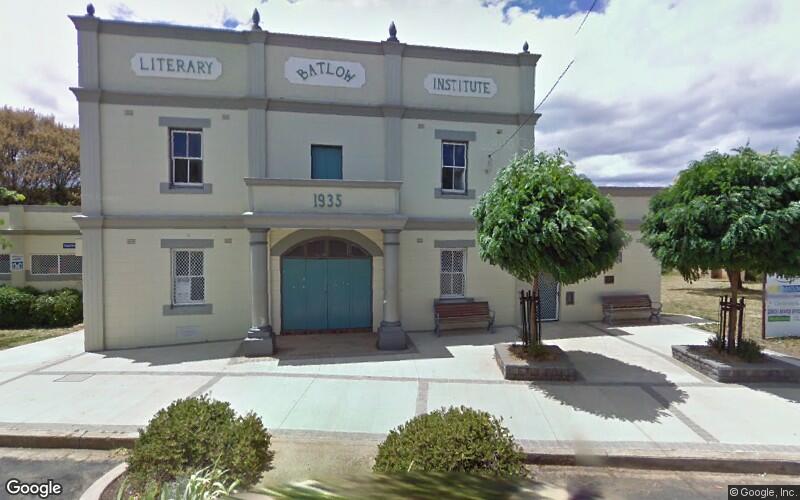 Batlow has a population of 1400 and is famous for its apples, cherries and boutique apple ciders. It was once a popular gold mining town named Reedy Creek, but today, nestled into the foothills of the Snowy Mountains, it is natural playground for bushwalking, camping, fishing and other outdoor pursuits. On the 25th of March … Read more 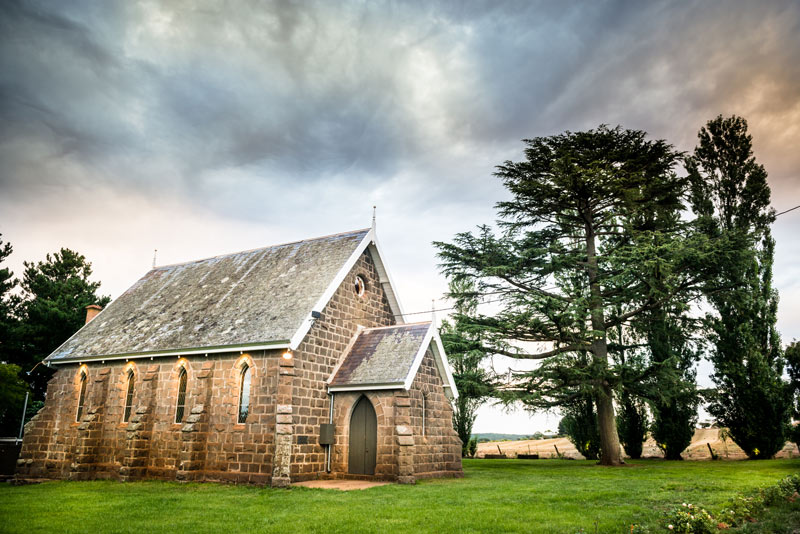 Scrub Hill, a district of rich farmland among picturesque volcanic hills, halfway between Daylesford and Ballarat, Victoria.   In 1869 the locals commissioned a Bluestone Church forming the heart of the community. 150 years later, Scrub Hill church is restored, rejuvenated and ready to host events. Our aim is to retain the link with the community … Read more 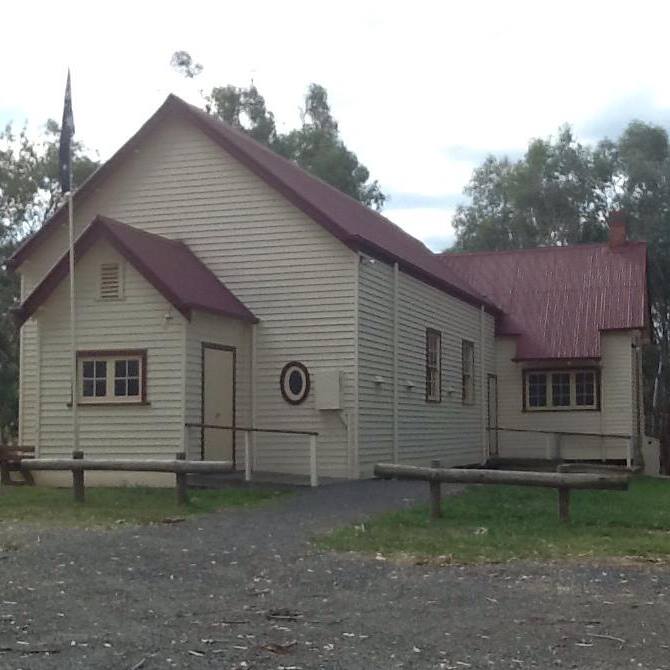 Osbornes Flat, a rural locality and former mining area in north-east Victoria, is 22 km south of Wodonga. Osbornes Flat has a refurbished public hall and a school of around 90 pupils. On the 4th of April Festival of Small Halls will visit Osbornes Flat with internationally acclaimed folk artist Dave Gunning and Australia’s Claire Anne … Read more 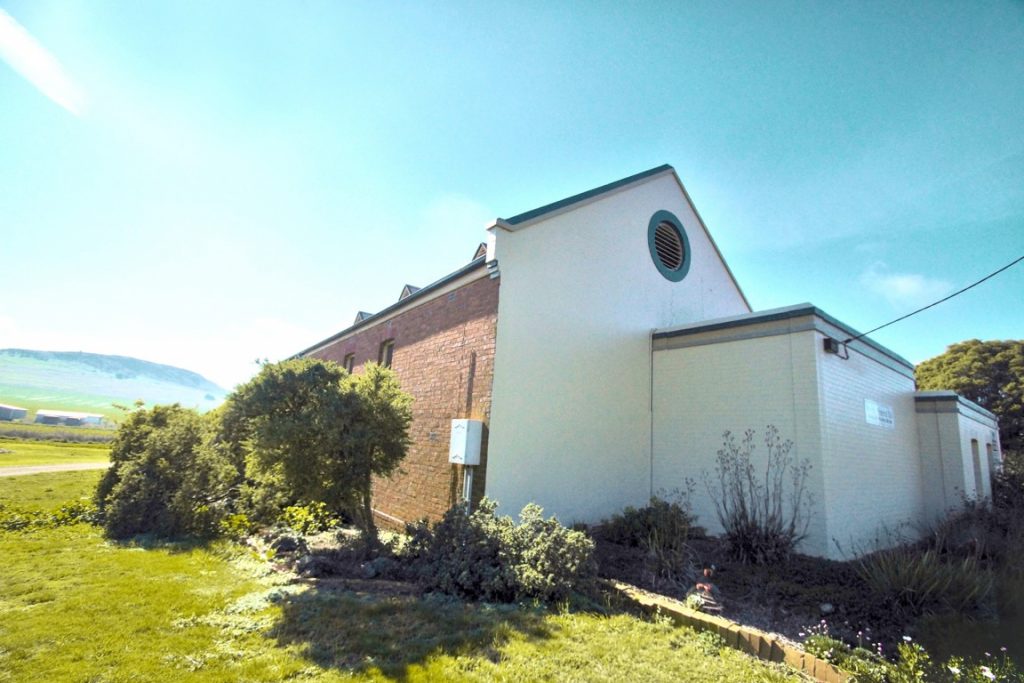 The Sedgwick Hall was built in the late 1950s with monies raised by the local community. It was regularly used for dances and as a meeting place for local community groups, including sporting clubs using the neighbouring recreation reserve.The community is growing and slowly changing over time as farm land is subdivided, giving way to … Read more 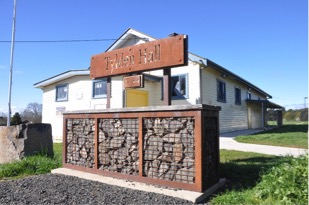 With a commanding view of Mt Macedon, Tylden Hall sits on the traditional land of the Dja Dja Wurrung, at the border of Macedon Ranges and Hepburn Shires. It is home to Mineral Springs, Wineries, Spud Farms, a Stone Quarry, Horse Studs and adjacent to two State Forests. Tylden is a Cool Country Classic, steeped … Read more 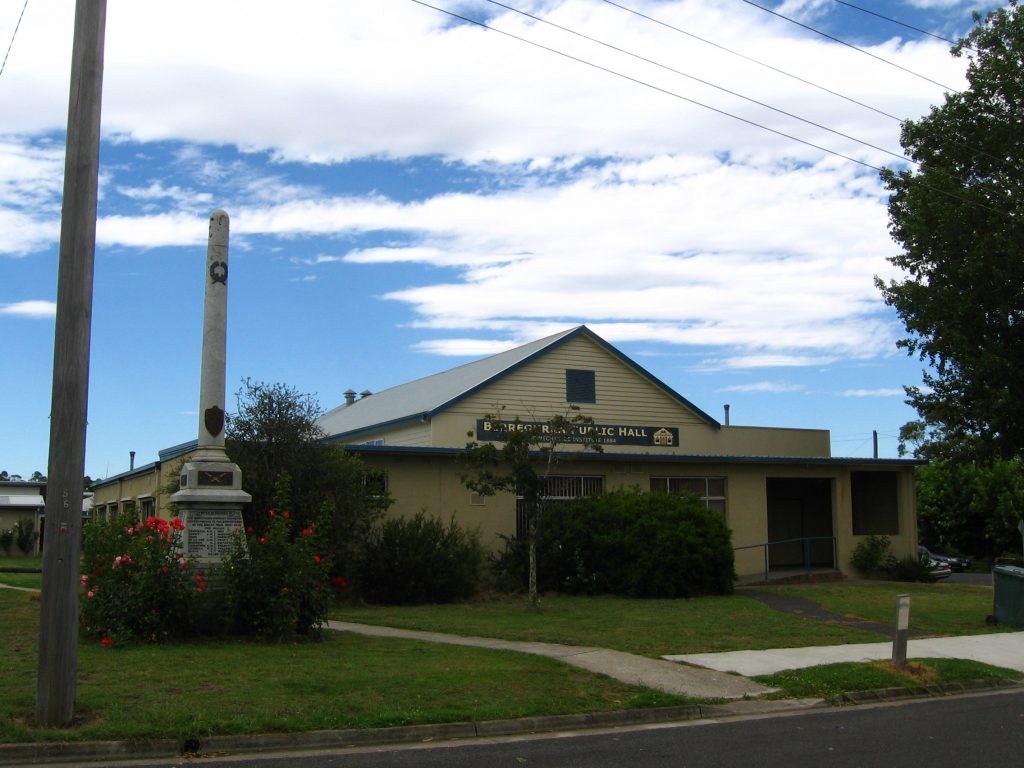 Birregurra is delightful and absolutely oozes country charm.  Food produced in these hills has a freshness and honesty rarely found in modern products. The town itself is charming, with wonderfully restored facades on buildings giving it a historic and reminiscent feel. On the 8th of April the Festival of Small Halls will visit Birregurra with … Read more