Andrea’s unique brand of Island Soul has continued to evolve over the past eight years since she has been recording her original music. Having built her career as a singer-songwriter over the years by gigging up to 300+ shows a year, she has become a seasoned and sought-after performer and is versatile in performing solo or as a trio and up to her full band for Festivals. Andrea’s laidback style of folk-soul-jazz has crystalized in her new album, ‘BLOOM’, which was launched on 1 May 2021, with a full band show at Sunshine Sounds Festival, QLD, curated by Katie Noonan, and is now available for purchase digitally at Bandcamp and on cd and vinyl at www.peacerunrecords.com, and has also recently been released on Streaming platforms

Andrea has been hosting boutique livestream events at Peace Run Records and Agency and in the past 6 months has held a nine hour livestream launch featuring 20 artists, a Blues Night and a Survival Day First nations concert which was co-hosted by Deline Briscoe of Gaba Musik. Andrea hopes to host more livestream shows in the coming months and is currently offering these services in South East QLD for their live shows as well.

Festivals have always been amongst some of Andrea’s favourite music memories having been introduced to the Australian Festival scene early on with her first band, The Andi and George Band, who toured the East coast of Australia Festival hopping in 2008 and playing Woodford Folk Festival, National Multicultural Fringe Festival, WOMADelaide, Folk Rhythm and Life and more.

‘Andrea Kirwin has a rare voice that runs deep… deep enough to carry you back to an era where the way an artist delivered their message was everything.’

‘When I heard Andrea, I was totally excited to hear such a competent, unique and exciting new songwriter. It is one of the joys of being a musician, traveling the globe and hearing exciting music that I wouldn’t have found at home, yet it is a rare joy. I find there are many competent yet mediocre musicians out there and Andrea was way above anything I had heard for a long, long time.’

Tullara has been making her mark across the Australian music industry since her debut release ‘Better Hold On‘ in 2016. Born and raised on a parrot farm in Ramornie, northern NSW (true story), Folk/Roots rocker Tullara went on to win ‘BEST EP’ at the 2017 ‘Australian Roots Music Awards’ and independently hit over 1,000,000 streams on Spotify in 2018.

As her performance rep grew, Tullara won the attention and praise of ARIA Award Winner John Butler who said ‘Tullara has a way with words and a way with that guitar!’, and was invited to open for Aussie legends such as The Waifs, Jeff Lang, Troy Cassar-Daley and Mia Dyson.  Soon after, Tullara was chosen as the National Australia Tour support act for international artist Donavon Frankenreiter (USA) and Wallis Bird (IRE), as well as opening for The East Pointers (CAN).

Tullara has since racked up performances at some of the biggest and most respected festivals both in Australia and abroad including: Woodford Folk Festival, Queenscliff Music Festival, Artswells Festival (CAN), LeCheile Festival (IRE), Umefolk (SE), Floating Castle Fesitval (SI), plus many more. Tullara’s highly anticipated follow-up release ‘Waiting for the Encore’ hit the stores and online platforms December 11 2020.

‘As nimble on guitar as she is vocals, Tullara’s strong performance steadies the song and bubbles up high with a catchy, melodic hook. It’s just as much pop as it is folk/roots, highlighting a penchant for structure that we can’t wait to hear more of when she releases both her forthcoming EPs later this year.’

‘Breaking Australian artist Tullara found the perfect balance between inviting accessibility and authentic ingenuity with her single 16 Seconds which was released on May 8th. The reflectively moody tone in the Alt Rock single proved to be a synergetic pairing for Tullara’s understated yet profoundly resonant vocals. It’s safe to say that 16 Seconds was the most cathartically connectable perennial Pop earworm we’ve heard this year so far. If she’s not already on it, get her on your radar. She’s undoubtedly one to watch.’ 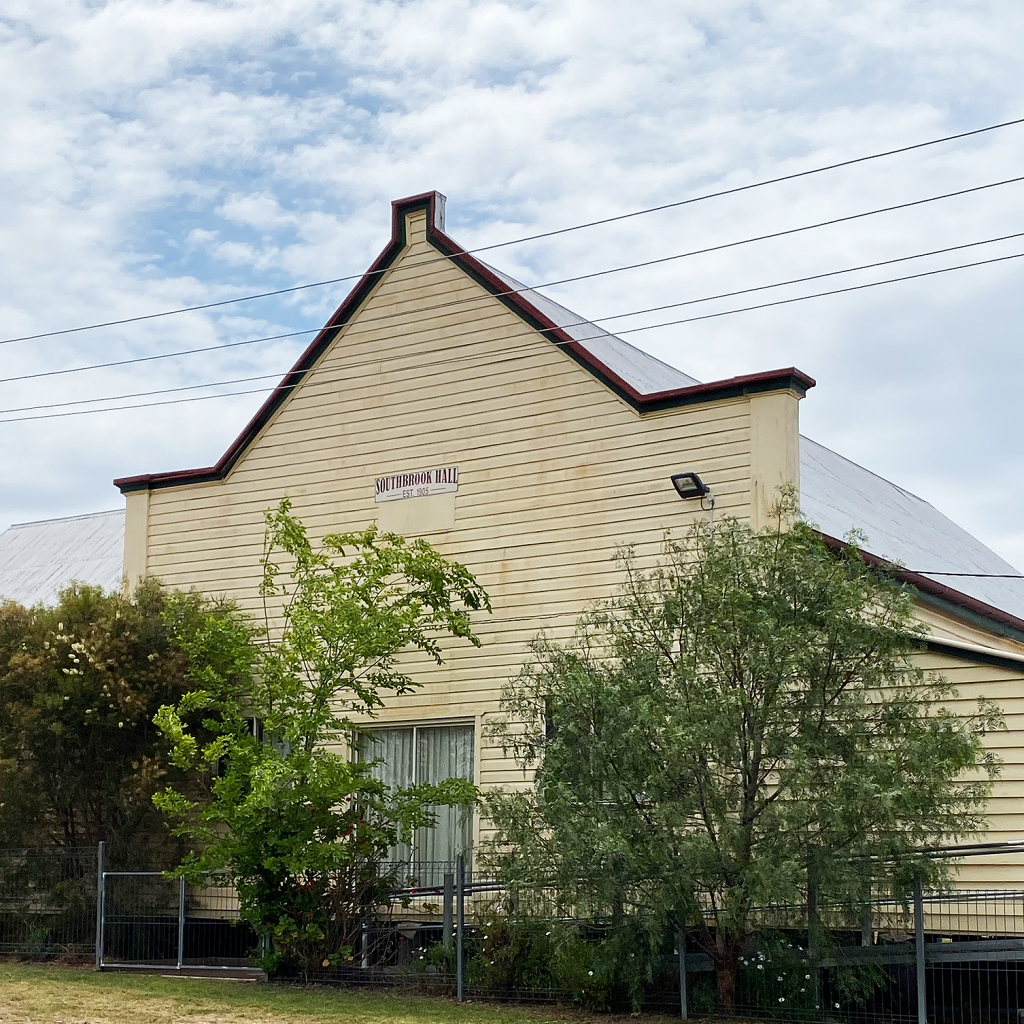 SOUTHBROOK HALL, QLD, JAROWAIR & GIABAL COUNTRY The Southbrook Hall stands on lands traditionally owned by the Jarowair & Giabal People. Southbrook is a rural town on the Darling Downs on the Gore Highway 25km to the south-west of Toowoomba. Southbrook has had a few renditions – rather tastily,it was once a cheese-making hub with… 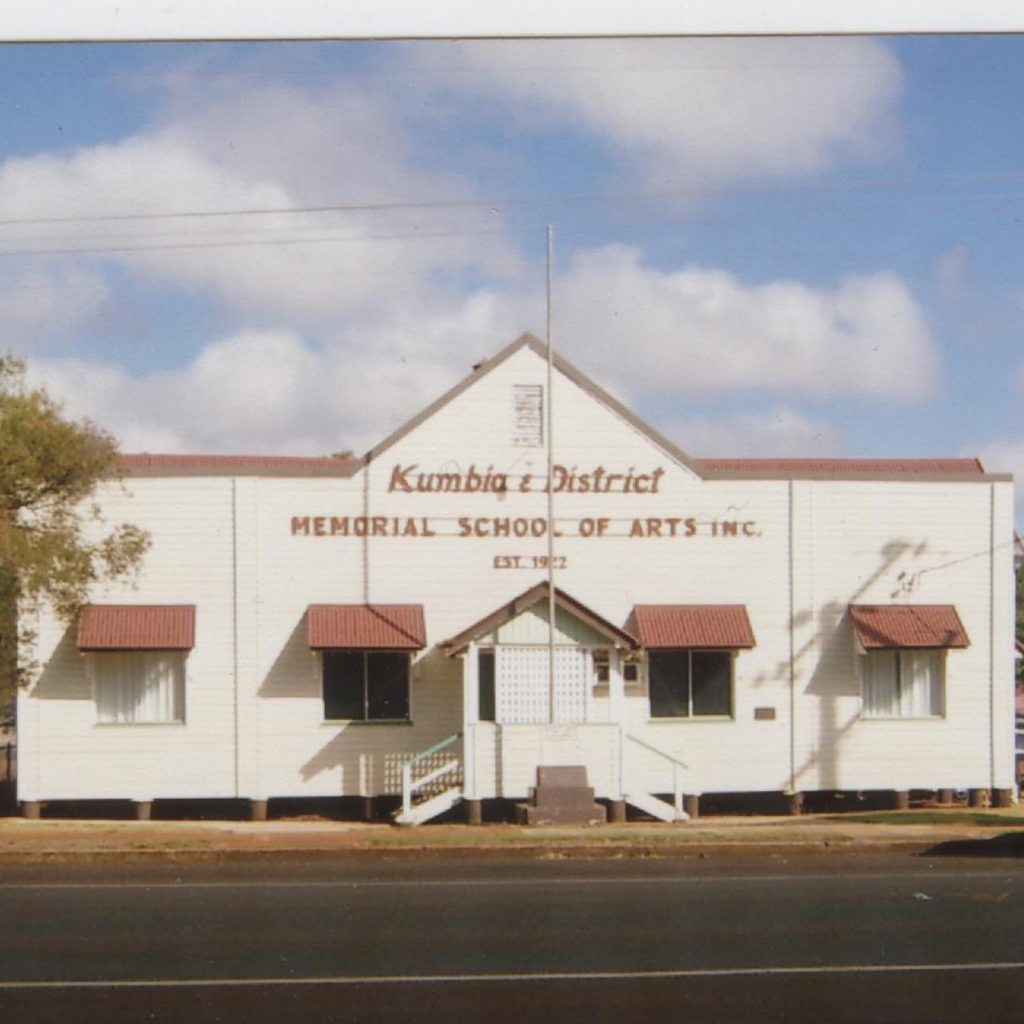 Kumbia Memorial Hall, QLD, Wakka Waaka Country The Kumbia and District Memorial School of Arts stands on lands traditionally owned by the Wakka Waaka People. Kumbia is right on the Bunya Highway in the South Burnett region of South East Queensland, and is the last stop before you head up into the Bunya Mountains. It’s… 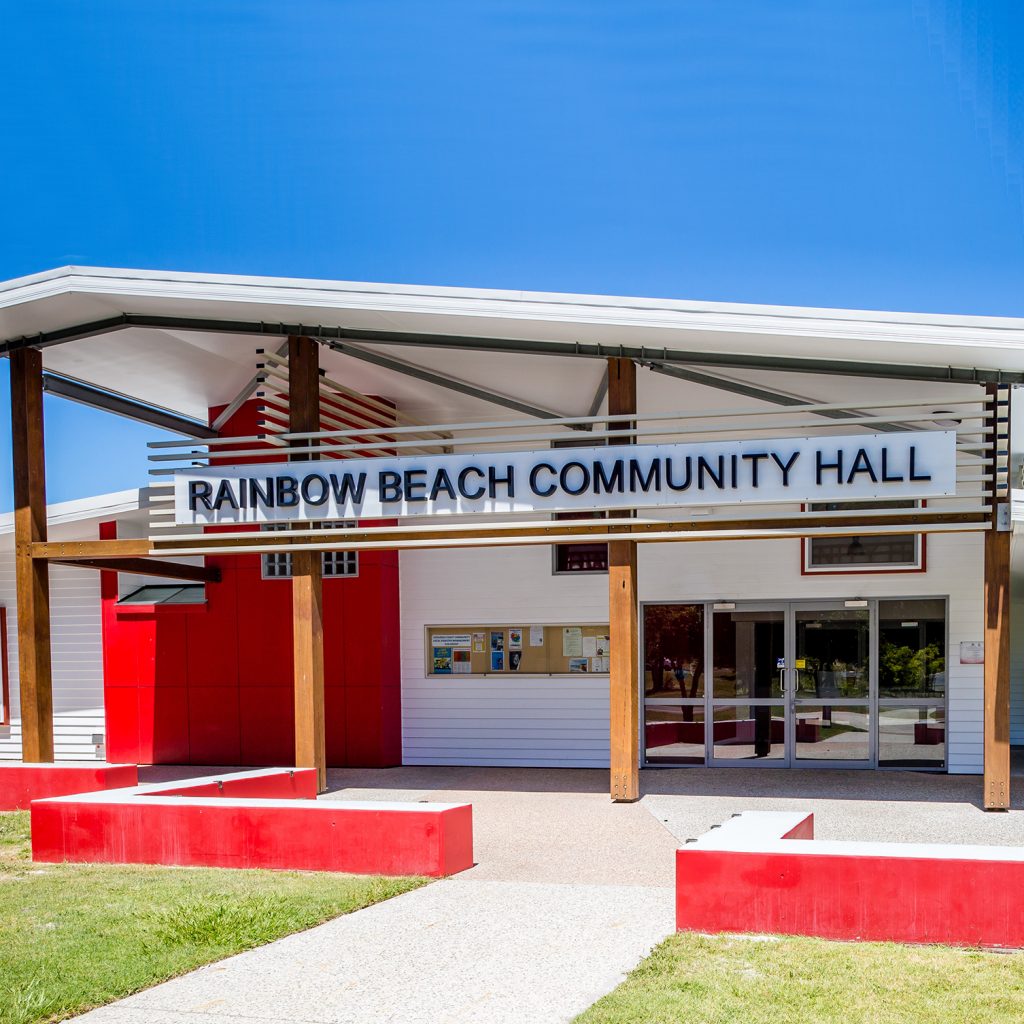 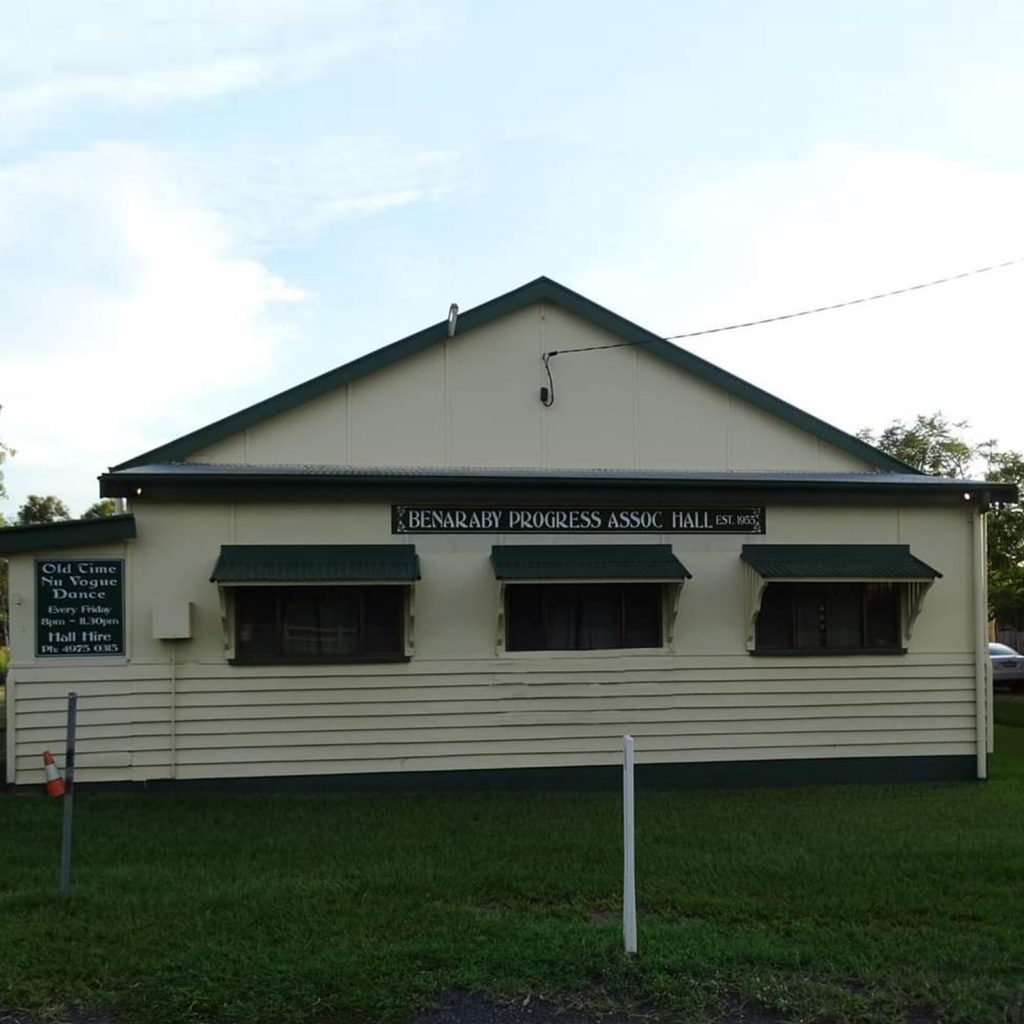 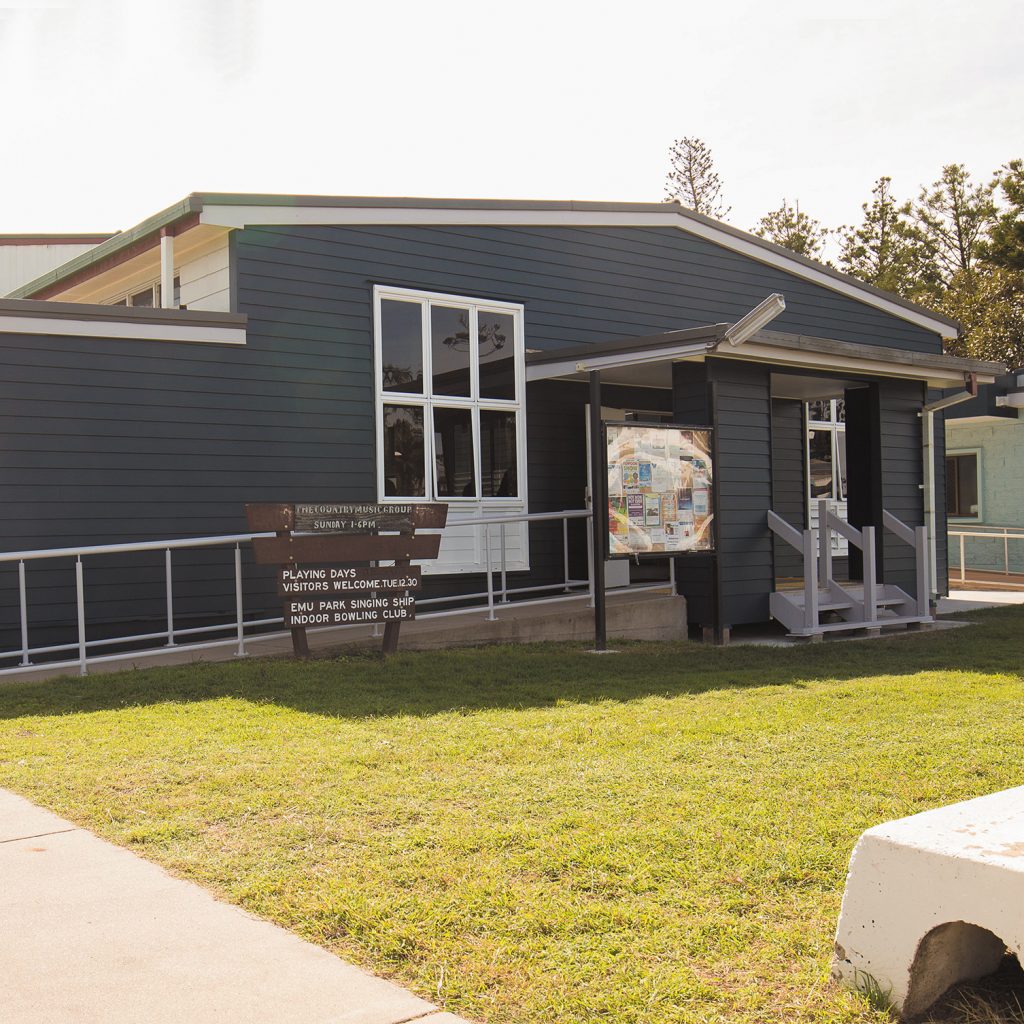 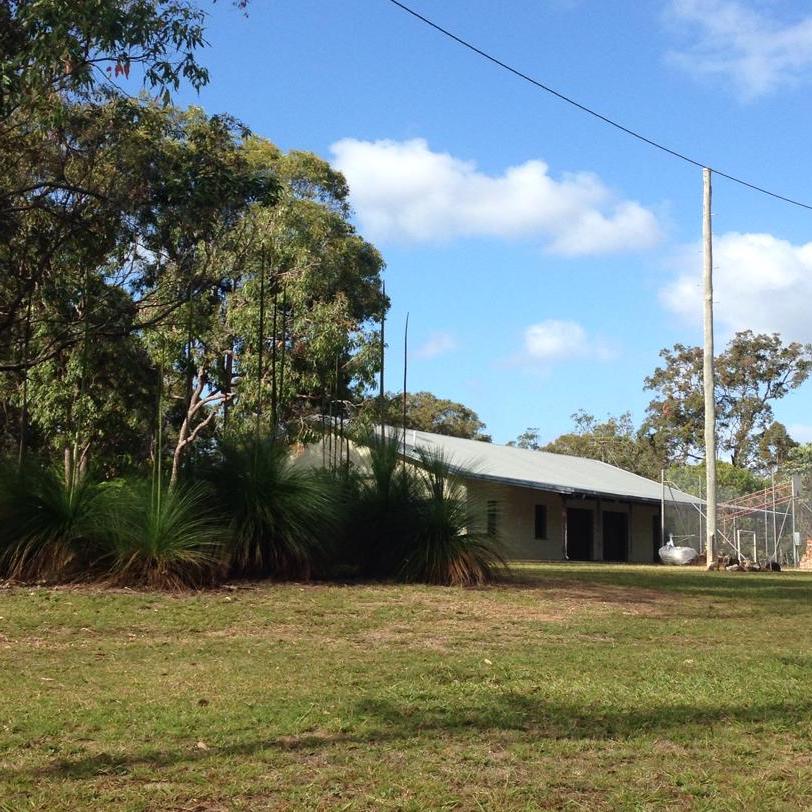 Koah Hall, Qld, Buluwai, Djabugay and Yirrgay Country The Koah Hall stands on the traditional lands of the Buluwai People, the Djabugay People and the Yirrgay People. Koah is a lovely rural locality in Far North Queensland, positioned uniquely between the lush rainforests of the Great Dividing Range behind Cairns and the gateway to the… 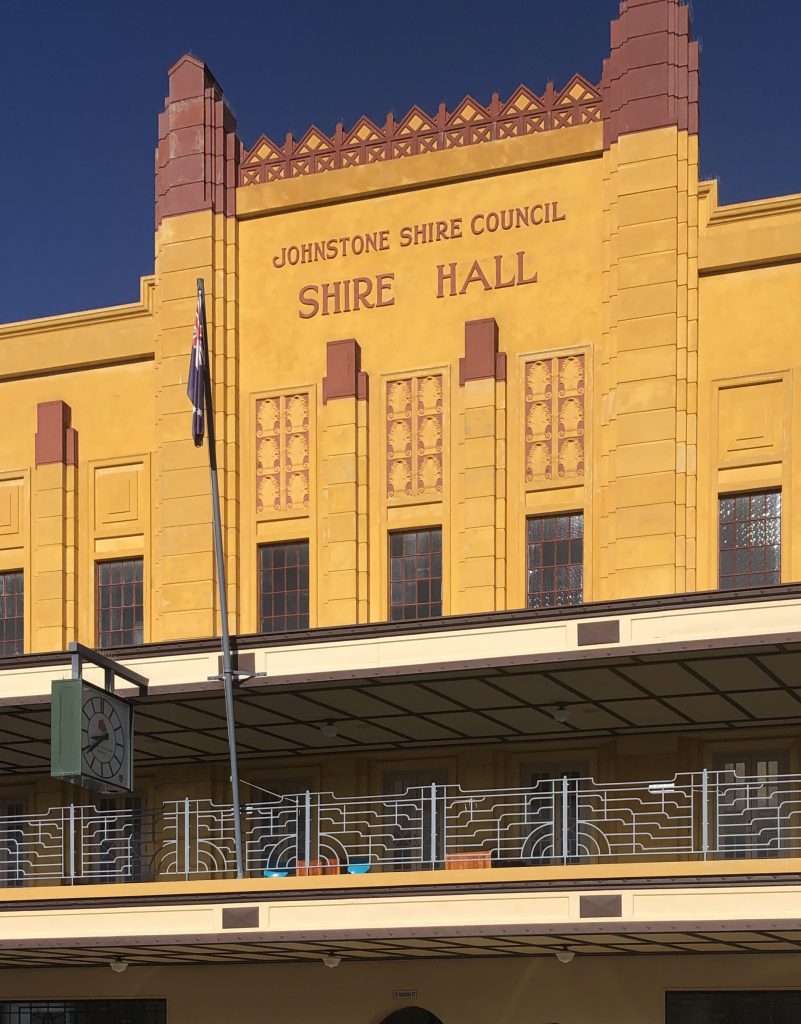 Innisfail, Qld, Mamu Country The Innisfail Shire Hall stands on lands traditionally owned by the Mamu People. Innisfail is a small town, famous for its sugar and bananas but mostly for its lush green surrounds that come from holding the title (fiercely contested by neighbouring villages Babinda and Tully) of one of Australia’s wettest towns. … 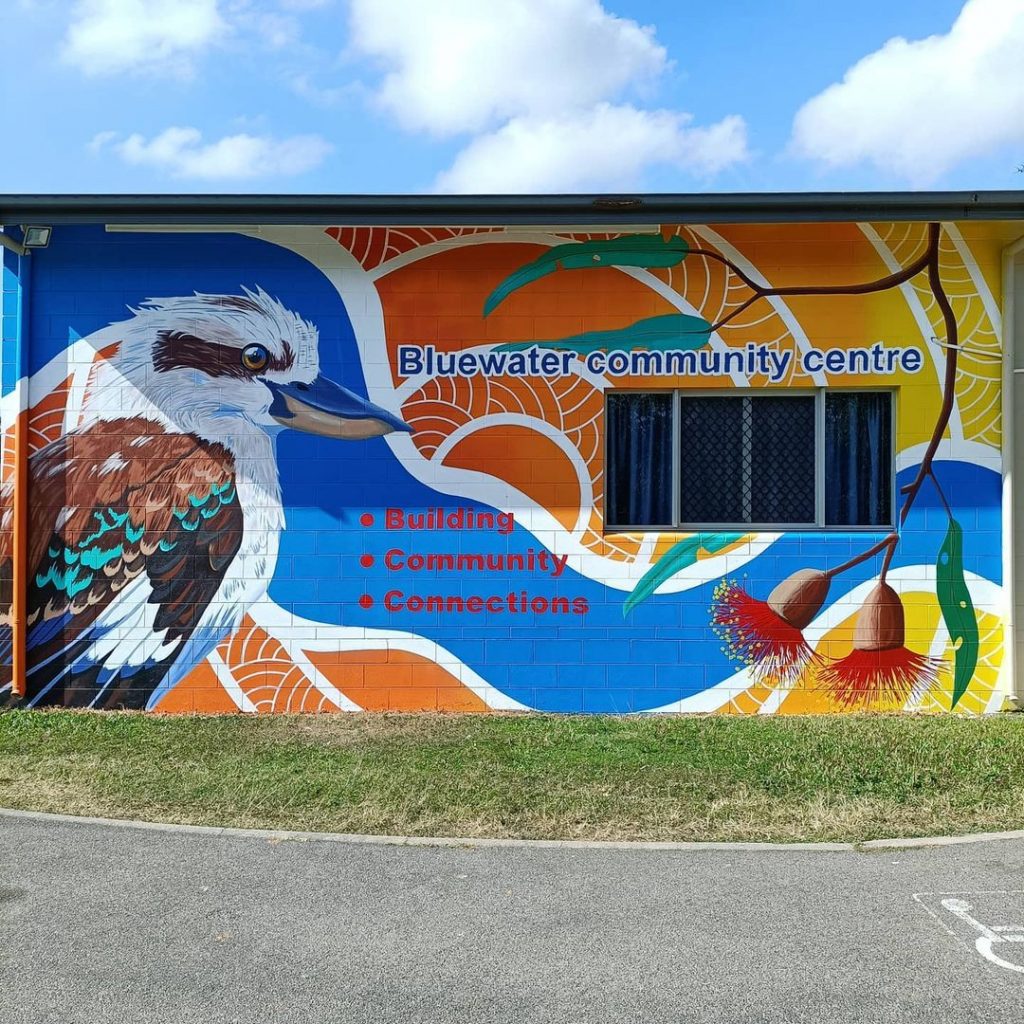 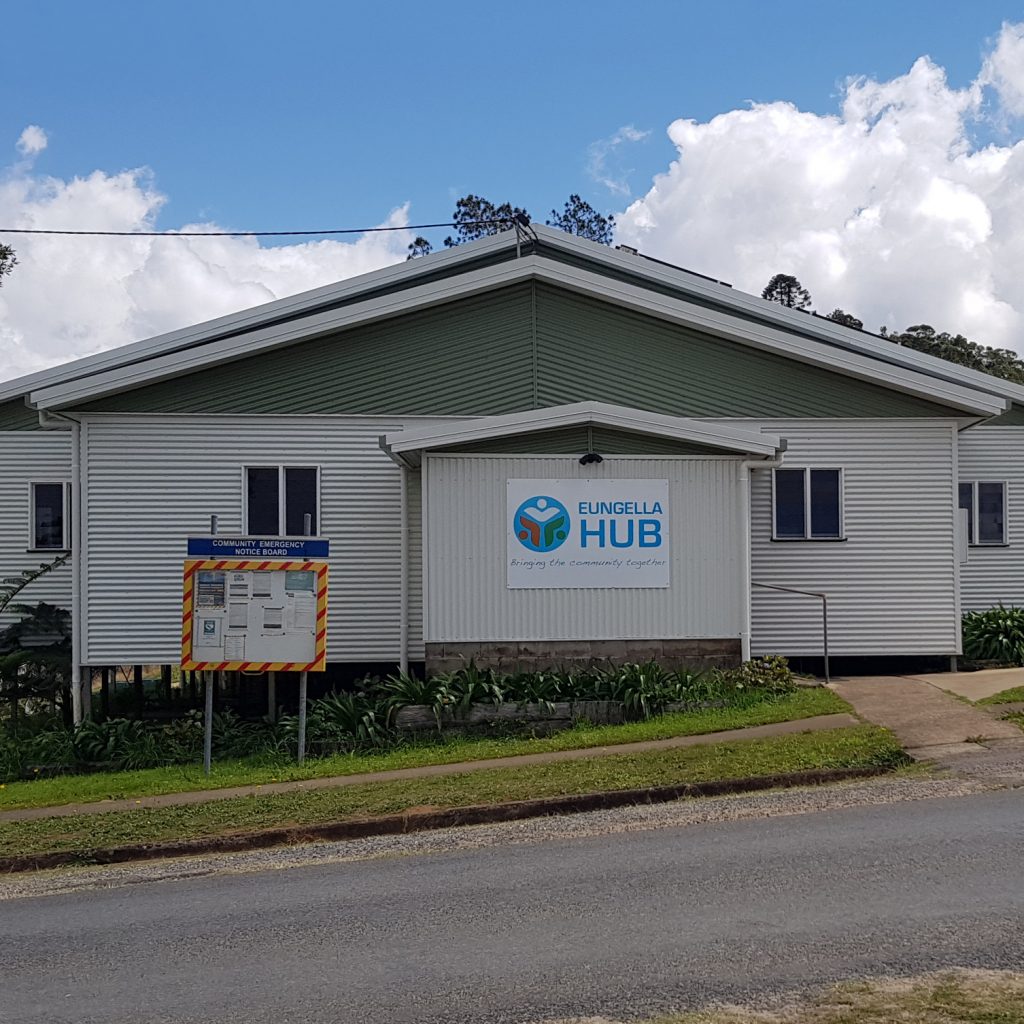 Eungella, Qld, Widi Country The Hub at Eungella stands on lands traditionally owned by the Widi People. This plucky little hall was originally an old army hospital situated at the Mackay Harbour and eventually donated to the RSL, lock stock and barrel. It was dismantled, loaded onto a truck and taken to its present location… 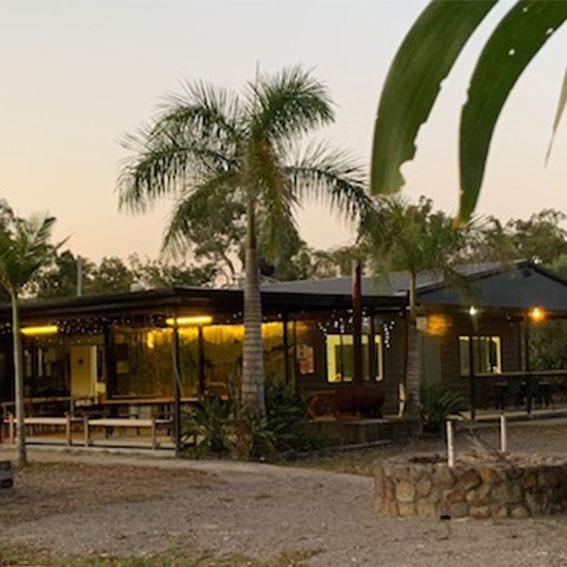 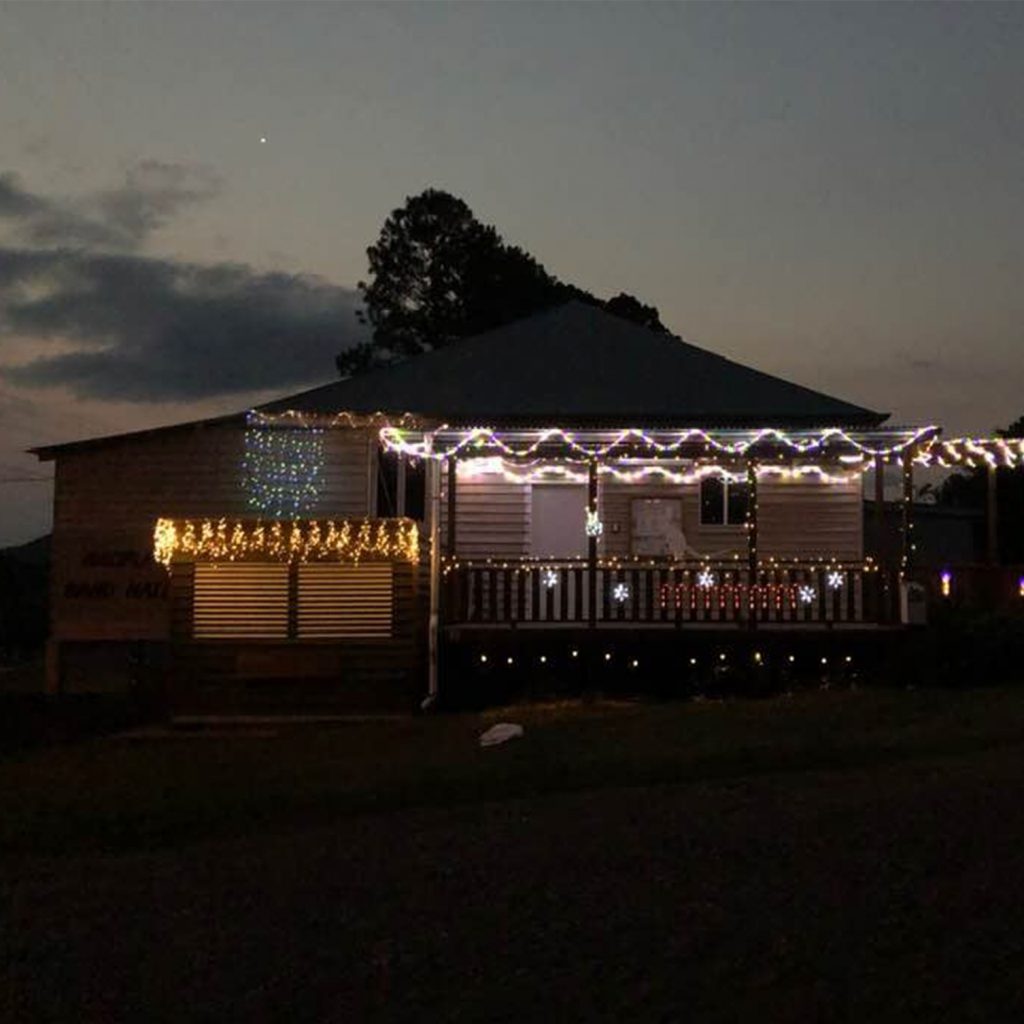 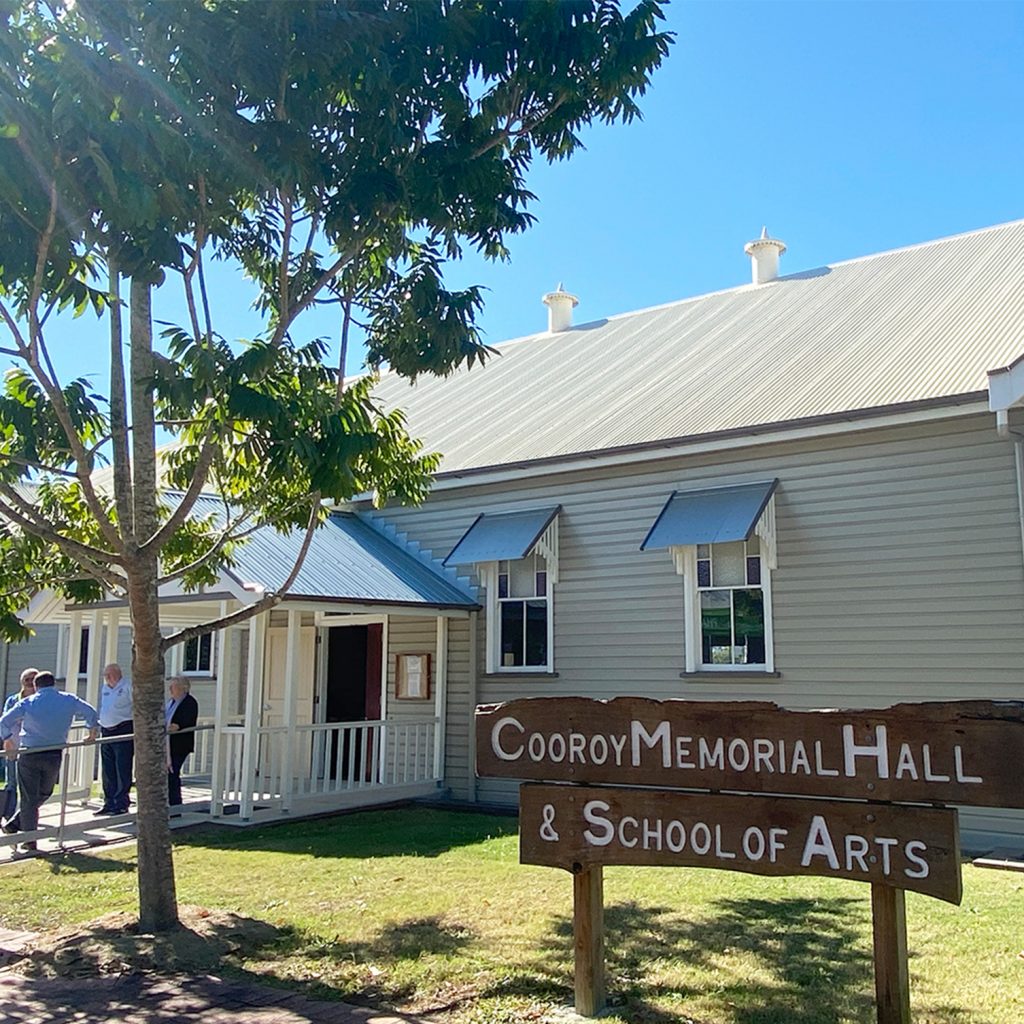 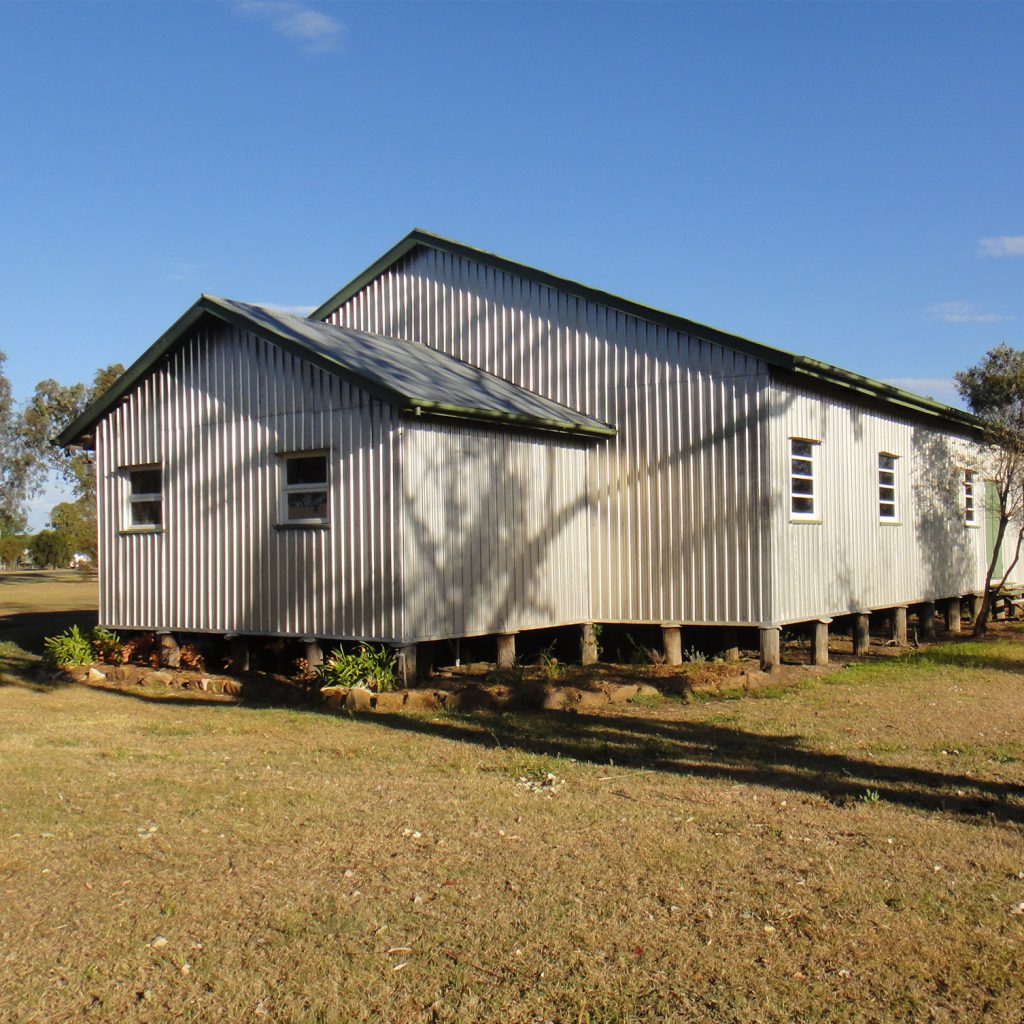 Quinalow Hall, Qld Quaint, quiet – quirky? Quinalow!  This rural locality is located on the very north-western fringe of the Toowoomba Shire on the Darling Downs, actually positioned closer to the Western Downs regional centre of Dalby. Also nearby is the Heritage-listed Muntapa Tunnel, Queensland’s longest straight railway tunnel and the only one that has… 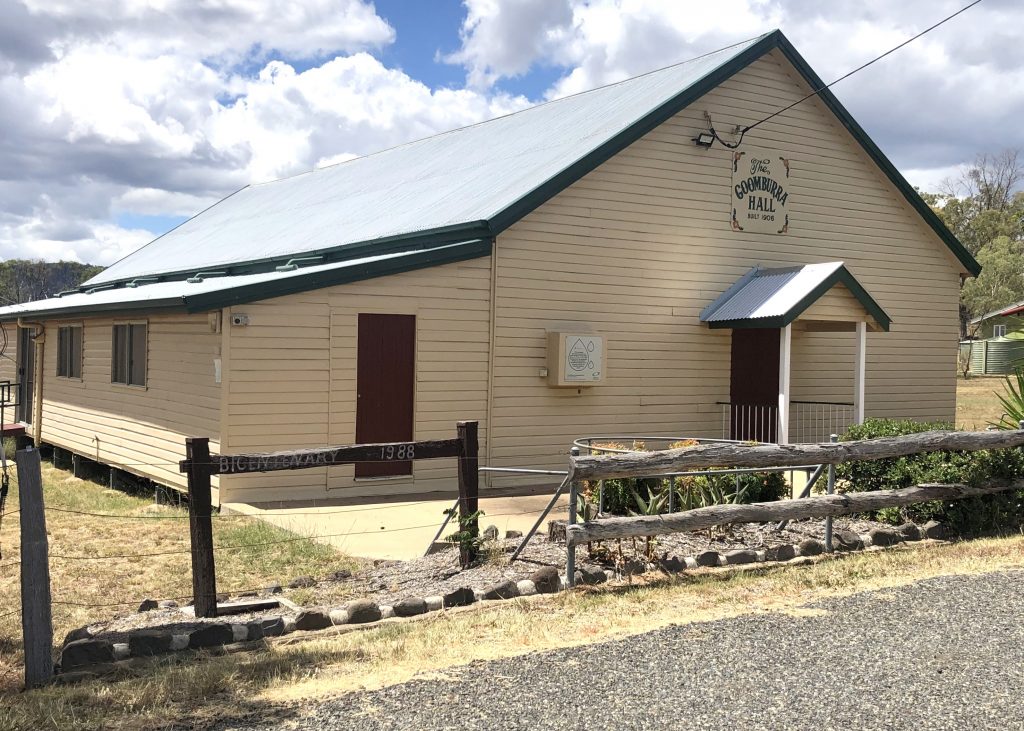 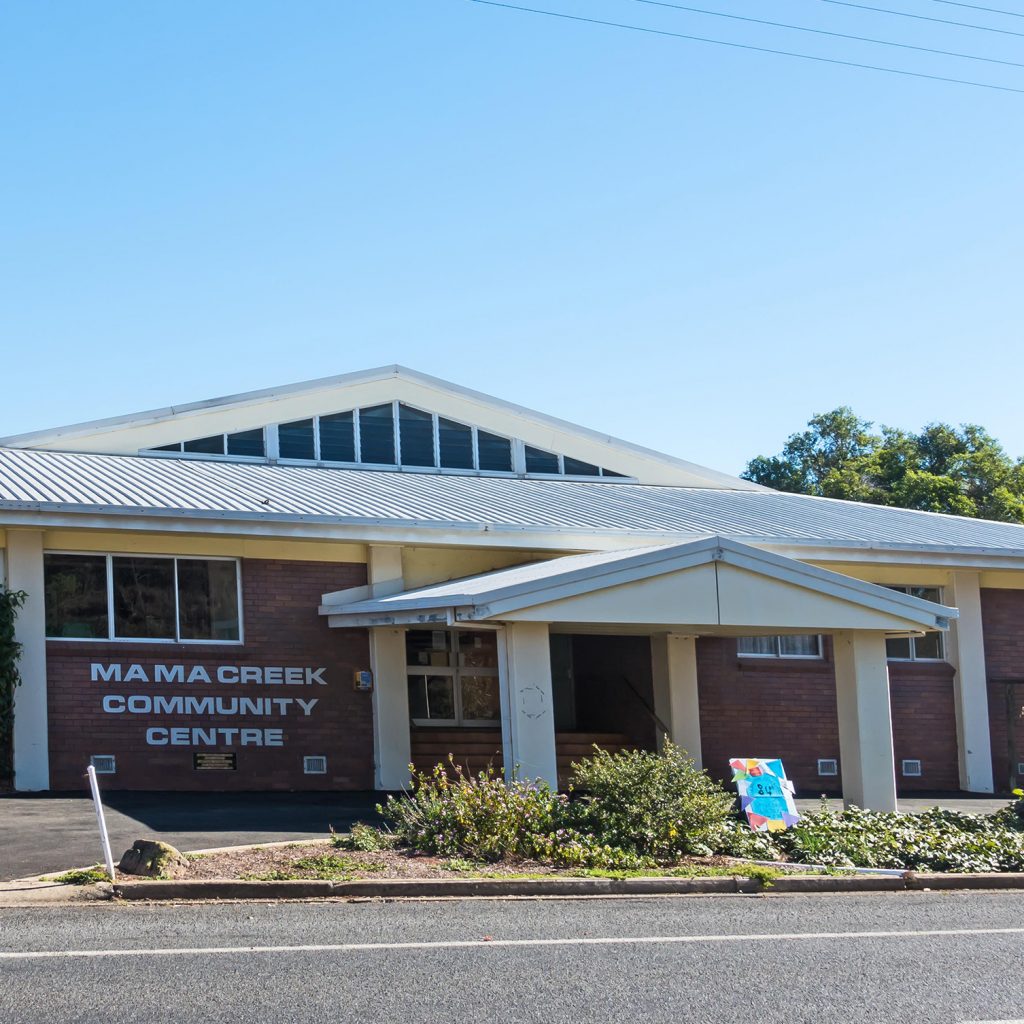 Ma Ma Creek Community Centre, Qld, Jagera Country The Ma Ma Community Centre stands on lands traditionally owned by the Jagera People It’s been a hot minute since Festival of Small Halls has rolled into the Lockyer Valley – and Ma Ma Creek is in the hot seat! Or rather, the fresh, flowing green seat… 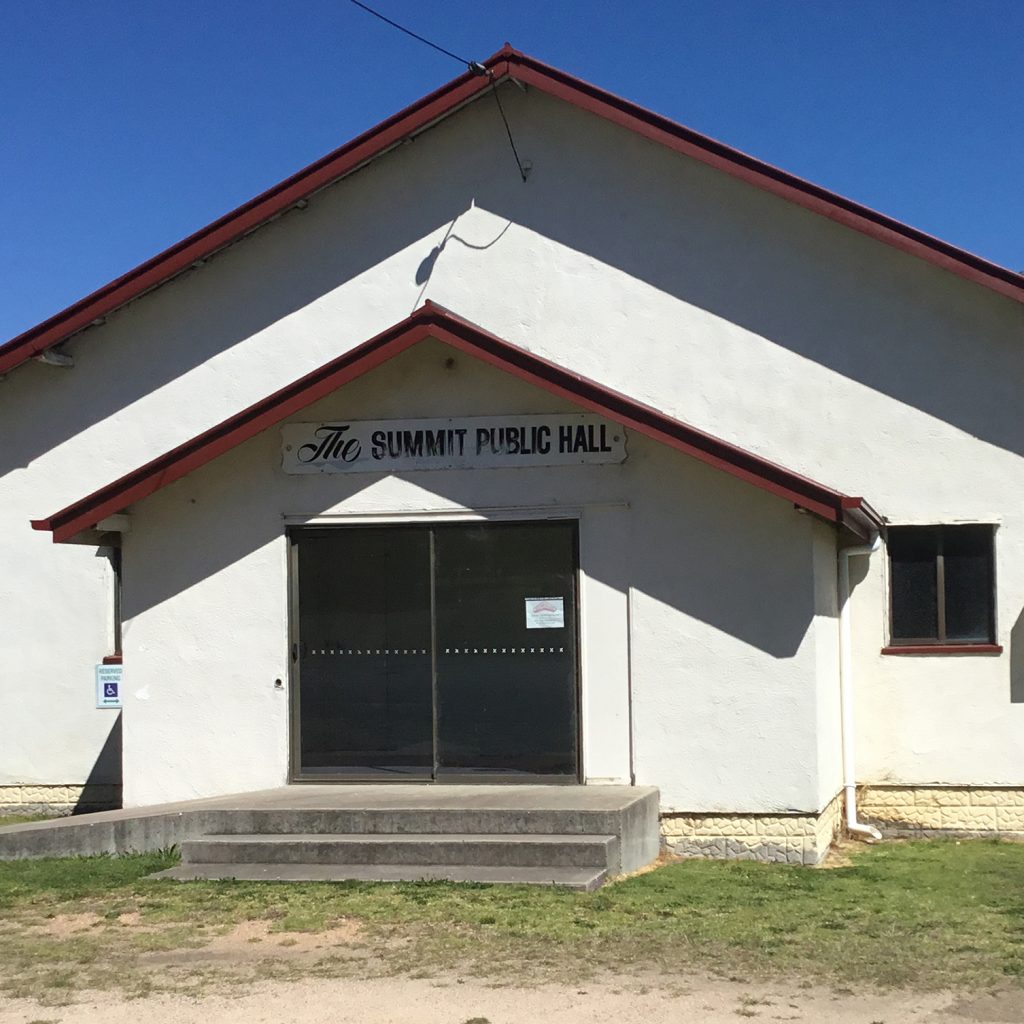 The Summit, Qld, Kambuwal Country The Summit Hall stands on lands traditionally owned by the Kambuwal People. Famous for being the coldest place in Queensland, the welcome in The Summit is accordingly warm, to keep the spirits alight in those who make the trek up to its mighty 3000+ft elevation. It’s got the highest everything… 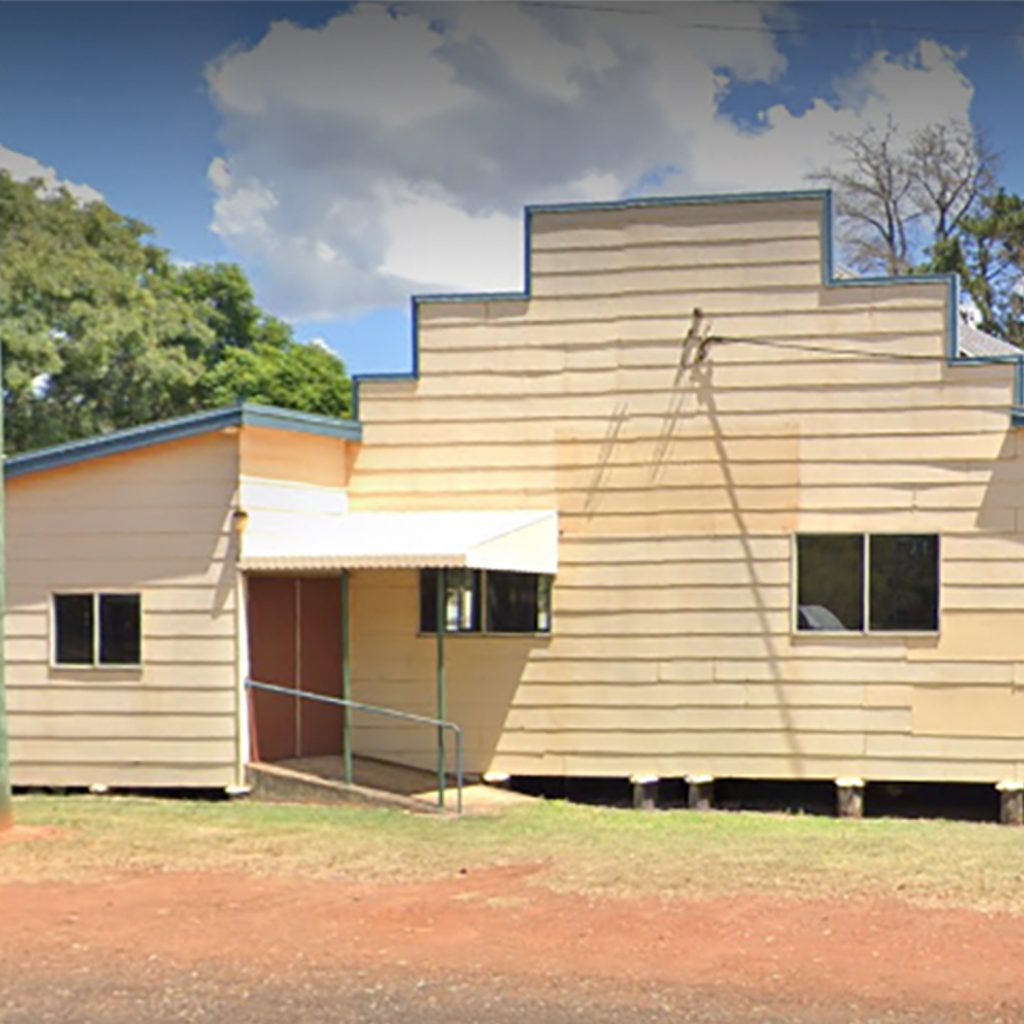 Cabarlah Hall, Qld, Jarowair Country The Cabarlah Hall stands on the traditional lands of Jarowair People. Cuckoo! It’s Cabarlah!  Lying just north of the city of Toowoomba, this village is a smorgasbord of rich history and interesting culture. For example, did you know that the local pub is one of the longest continually-licenced pubs in… 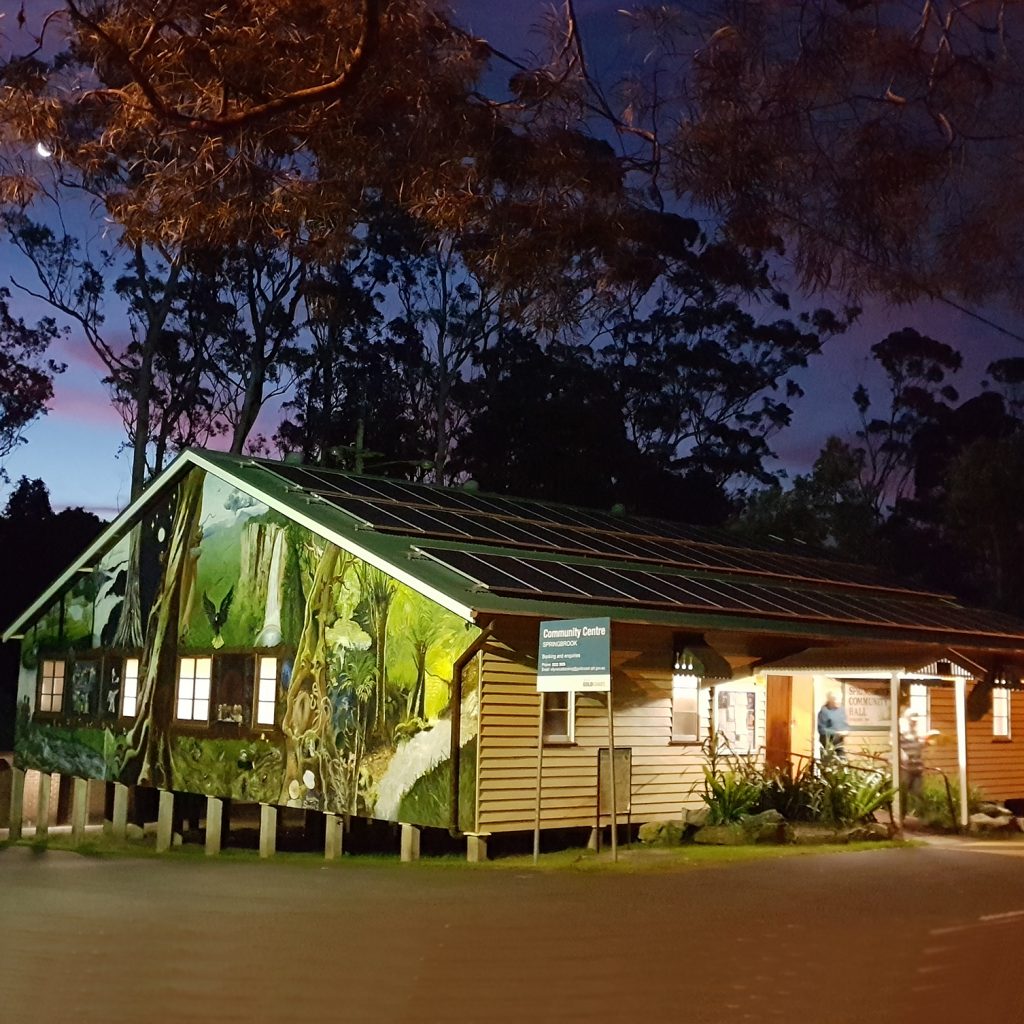 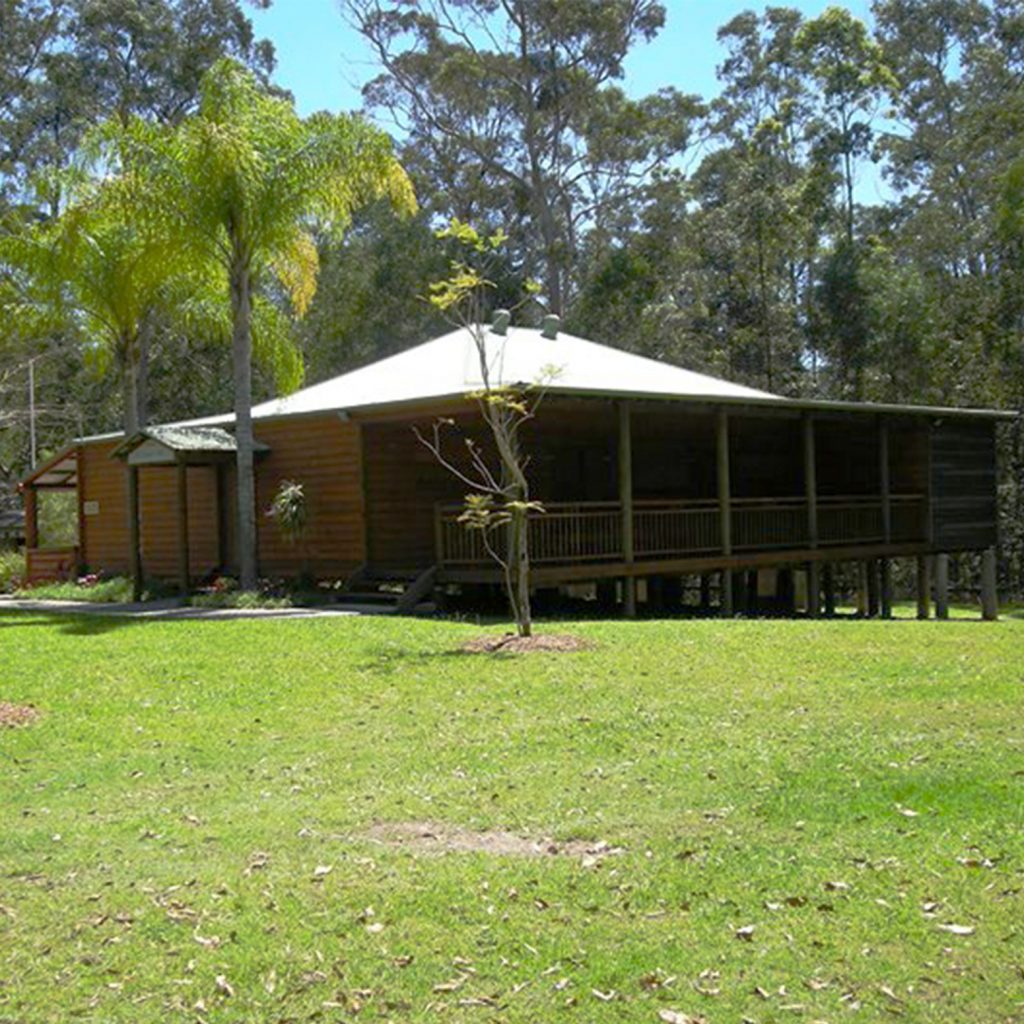 Mt Nimmel Hall, Qld, Yugambeh Country Mt Nimmel Hall stands on the traditional lands of the Yugambeh People. Mt Nimmel Hall is the meeting house for folk living in the Austinville Valley, a secluded lush valley in the hinterlands of the Gold coast – enviably nestled between the sparking gold sands of Mudgeeraba and the… 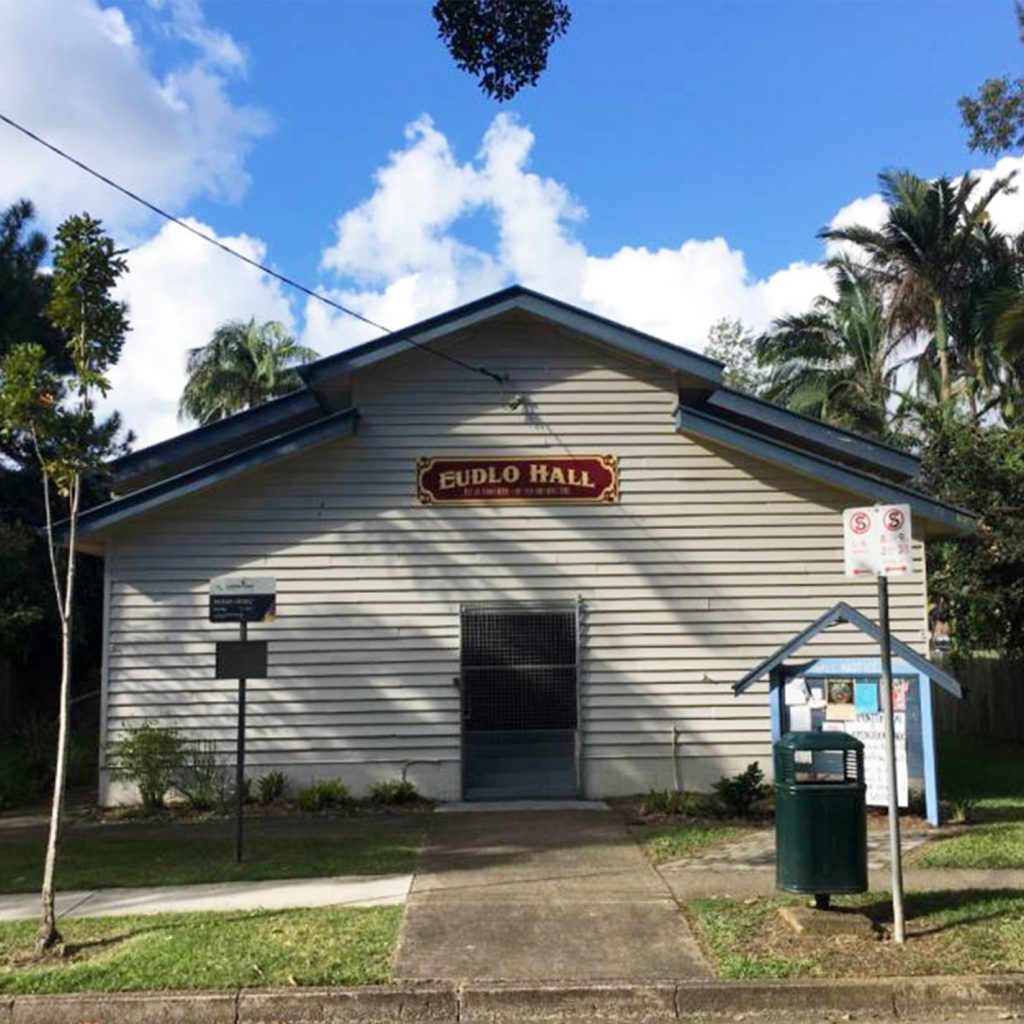 Festival of Small Halls Australia has announced that Andrea Kirwin and Tullara will be the guests of twenty communities on November’s Queensland Summer Tour 2021.

The Festival of Small Halls Summer Tour 2021 is supported by the Queensland Government through Arts Queensland.