Raised in Tamworth, imbued from a young age with country music, before moving off to Sydney and immersing himself in the city’s gritty punk scene, McHugh now calls Brisbane home, he and his family ensconced within the hot damp that defines the Queensland capital, home to a slew of primal, passionate music over the years.

Adding to this cannon, in writing for his second record ‘City Bound Trains’, McHugh has come full circle and now calls country home once more. But it’s intelligent country, poignant and vivid.  McHugh comes from the Paul Kelly school of song writing in that simplicity is key and everyday life makes the best stories.

“I know there are many reasons why people listen to and enjoy music… but for me, the style of music that I wanted to make, honesty was paramount,” he explains. “It had to be about something that I knew about, or cared about.”

It’s a simple thing, and yet in McHugh’s hands, it’s powerfully raw and real. These stories are then set to a musical score that both throbs with a visceral power, and gently pulsates with a calmness and tranquility. From the almost anthemic nature of ‘Down To Sydney’, with its electric build, to the gentle rocking of ‘Rita’, McHugh pulls it all together with a quiet aplomb.

‘City Bound Trains’, which follows on from 2013’s ‘Trials & Cape’ and is produced by Brendan Gallagher (Karma County), is a neat and strong package that showcases this growing songwriter’s talent to a tee.

Honesty is at its core, everyday life its muse, Paddy McHugh the master of it all.

‘This is music that’s raw, dusty and authentic.’

Winner of the 2018 QMusic award for Best Folk/World song with ‘Junior was his Name’, Americana-style artist Sue Ray continues to captivate audiences with her haunting and emotionally charged lyrics, considered compositions and hits them in the sweet spot with her smoky, molasses-rich voice. Following a ‘gap year’ or two in Nashville, where she worked alongside industry greats and connected into the scene, gigging and writing, Sue’s home is now in Australia.

Sue’s toured with and supported a wide range of musicians including Dan Sultan, The Wilson Pickers, Megan Washington, Mental as Anything and Halfway, proving her musical versatility.  She’s also  performed as a solo artist ,and with her hot band, around Australia and North America at Americana Music Conference, International Film Festival, Woodford Folk Festival, Tamworth Country Music Festival as well as tours and supports throughout both continents.

Her 2021 single ‘All The Only Ones’, co-written with the incredible wordsmith singer/songwriter Sean Sennett, is a mystical track seeping with old country vibe. Crafted with intricate sweeping harmonies and instrumentation, it evokes haunting emotions reminiscent of the vibe of Springsteen’s ‘Nebraska’. Sue and Sean felt inspired to look outside of familiar country clichés, and explore the sentiment of living as a songwriter: the sacrifices, the joys, and the relentless uncontrollable drive to pursue a dream. Stepping seamlessly into the role of sound engineer and producer, Sue is proud to release this beautiful song.

‘She has the sort of rare voice – deep, dark, gorgeously emotive, and molasses-rich that stirs something within the listener and never quite lets go. She gets under your skin and stays there. If you’re a fan of the likes of Brandi Carlile or Laura Cantrell, give Sue Ray a listen; chances are you’ll emerge from the experience an unequivocal convert to her passionately original brand of alt-country.’

‘Sue walked on stage and my jaw hit the ground. Her voice was so strong and confident. Her guitar playing is excellent and her songs heartbreaking. A consummate performer.’ 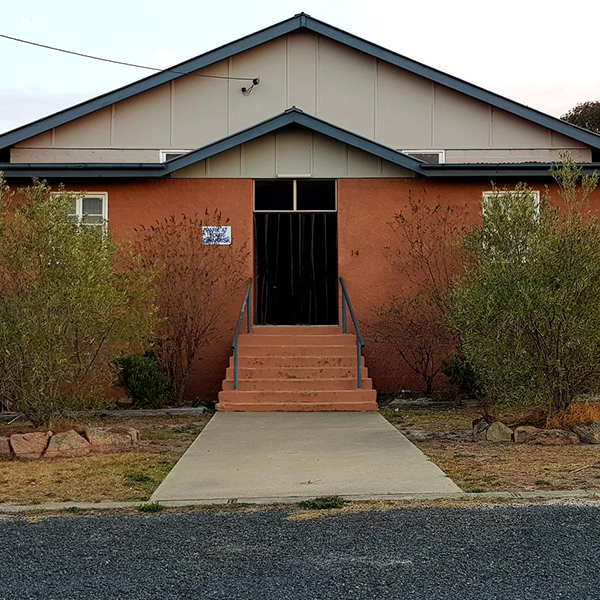 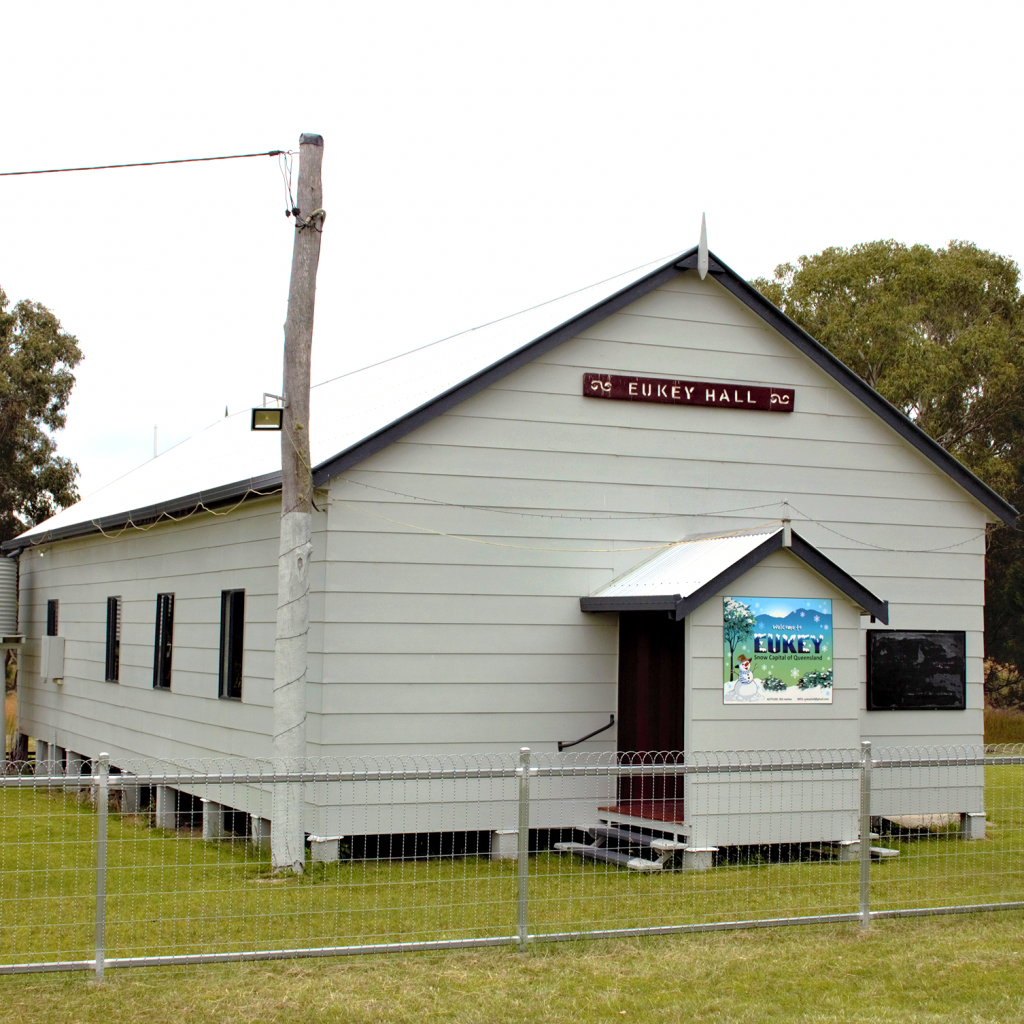 Eukey Hall, QLD, Kambuwal Country  The Eukey Hall is situated in a tiny community 16 kilometres south of Stanthorpe in Qld.   The committee has aptly titled Eukey the ‘Snow Capital of Queensland’, with the area receiving sprinklings of snow in the winter months.    The Hall turned 100 years old on the 16th July 2021! The Hall’s official opening in 1921 was held with sports in the afternoon and a grand concert and dance … Read more 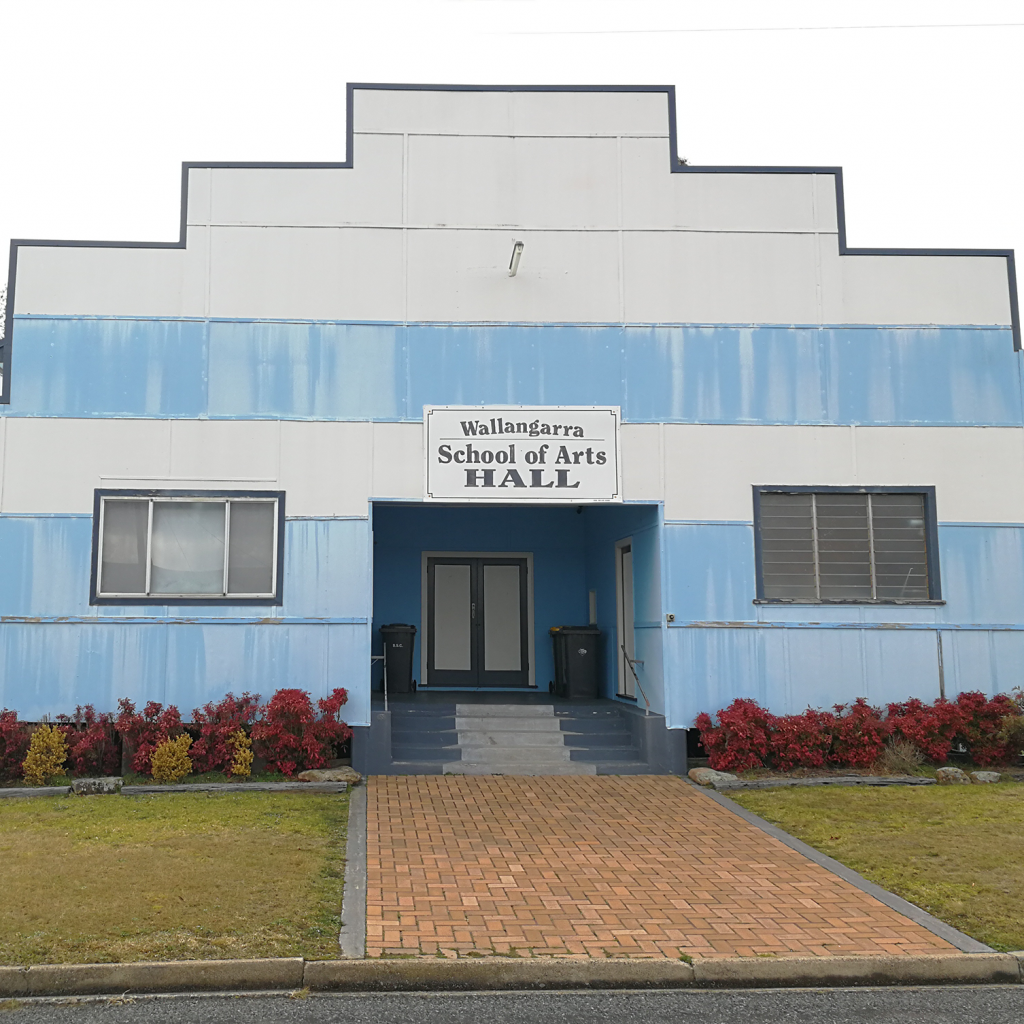 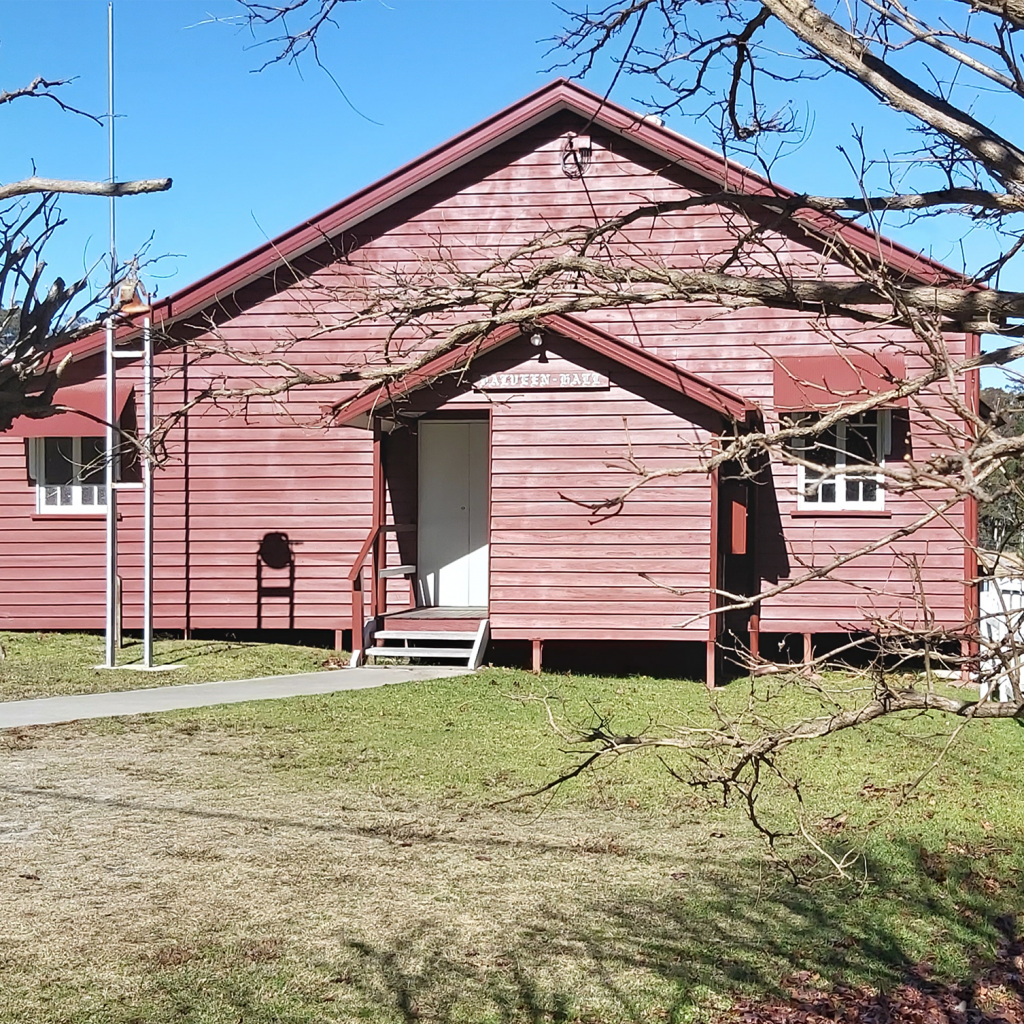 Dalveen Hall, QLD, Kambuwal Country The Dalveen Hall stands on Kambuwal Country. Nestled 825 metres above sea level amid the undulations and ridges of the Great Divide, the village of Dalveen was named after Dalveen Pass in Scotland and now boasts its very own tartan. White occupation of the area began with area white graziers, but the coming … Read more 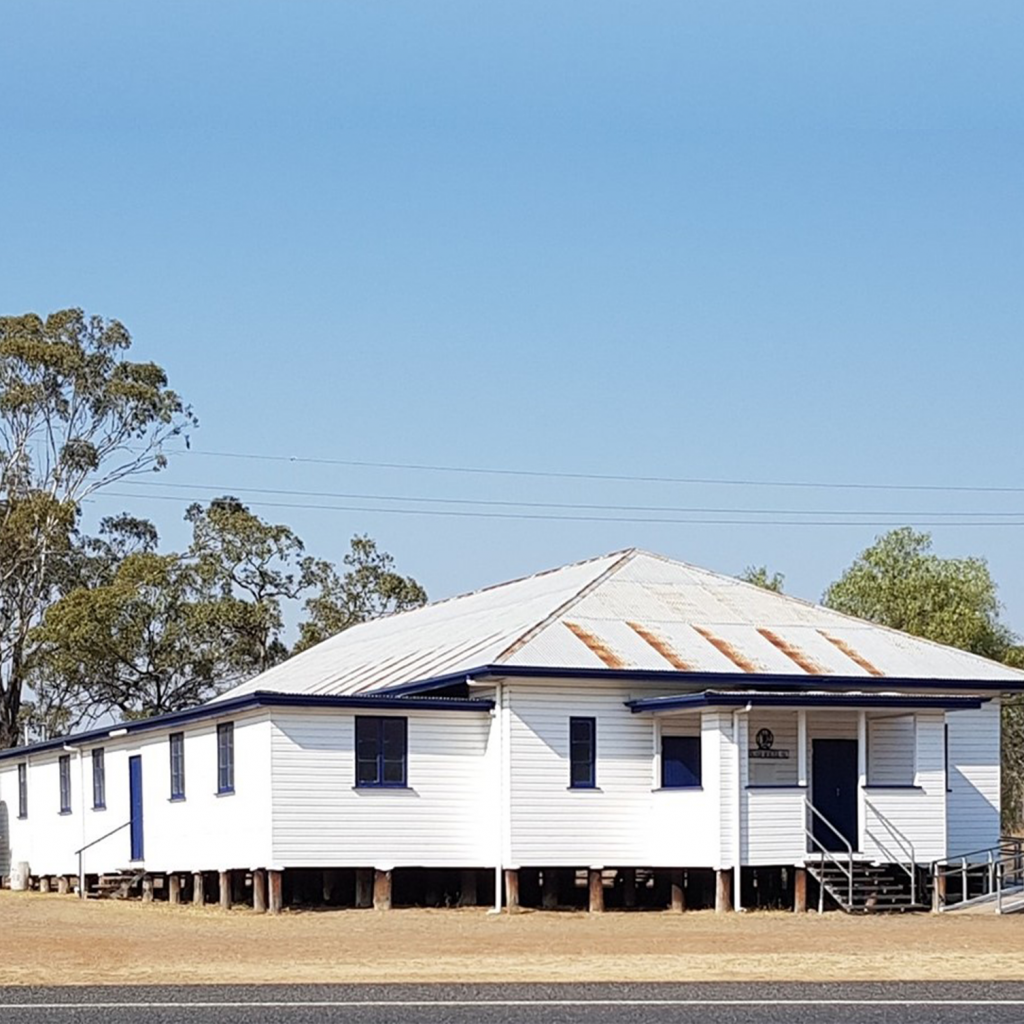 QCWA Cunningham Memorial Hall, QLD, Keinjan and Githabul Country The Cunningham Memorial Hall stands on the traditional lands of the Keinjan people and the Gitabul people.   This Hall, built in one of the towns along the mighty Condamine river, was built for the local CWA ladies in 1955. There used to be a rail siding near the Hall, and a large grain … Read more 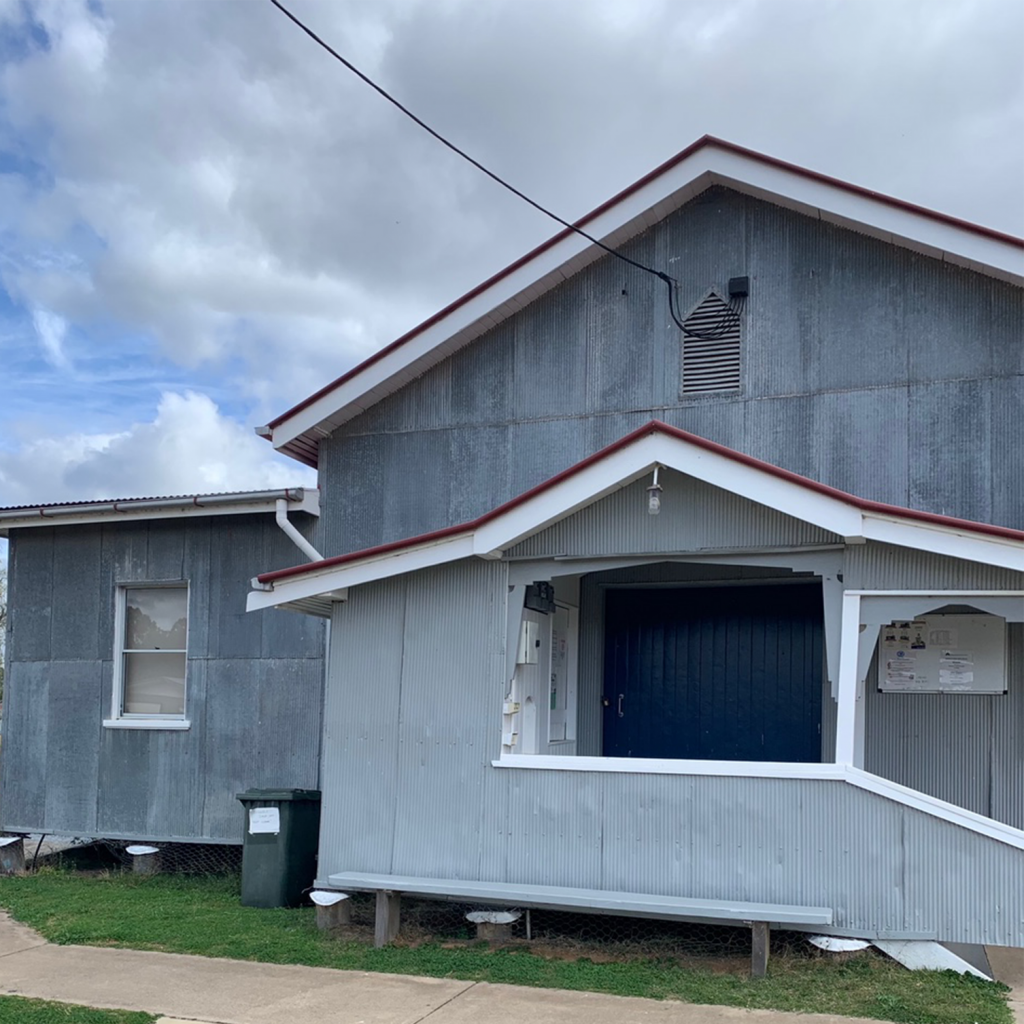 Leyburn QCWA Hall, QLD, Bundjalung, Barunggam and Ngarabal Country The Leyburn QCWA Hall stands bordered by Bundjalung, Barunggam and Ngarabal Country.  The small town of Leyburn is situated 66 kms south-west of Toowoomba and 60 kms northwest of Warwick on the Darling Downs.  Its current claim to fame is the hosting of the Leyburn Motor Sprints weekend each year in August.  This event features motor sprints … Read more 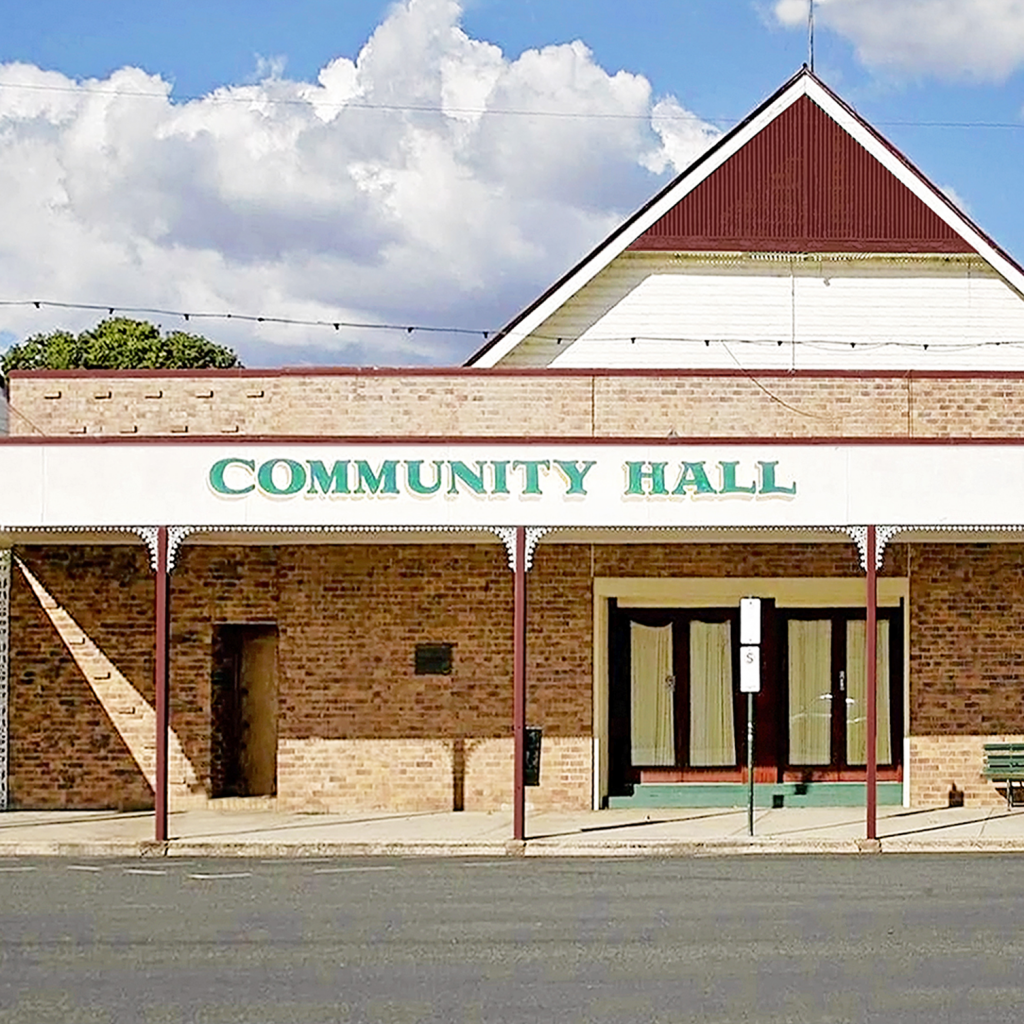 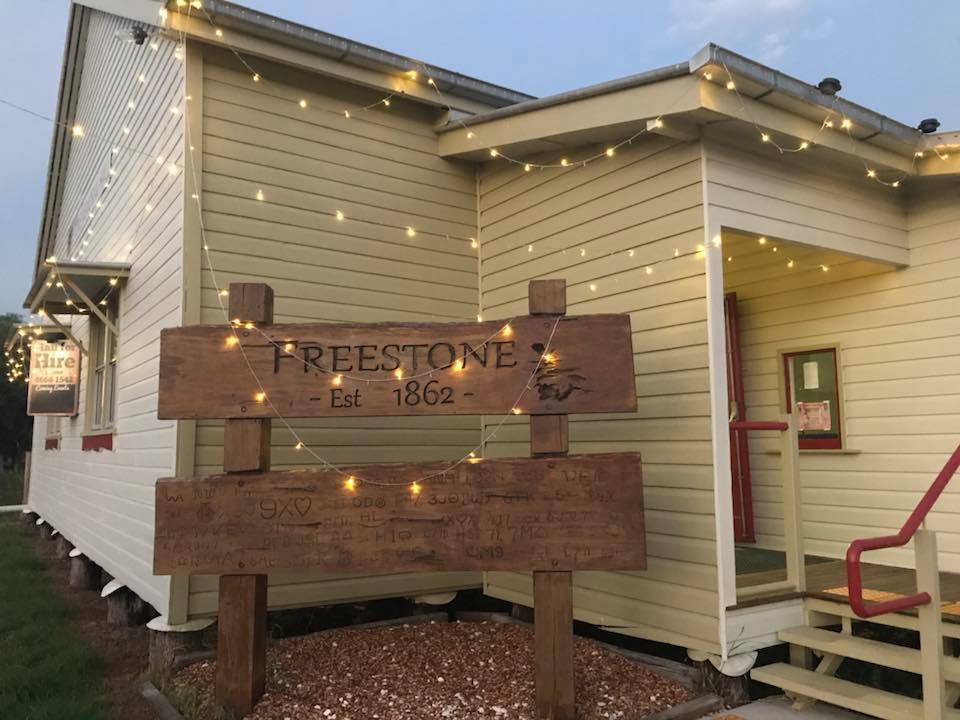 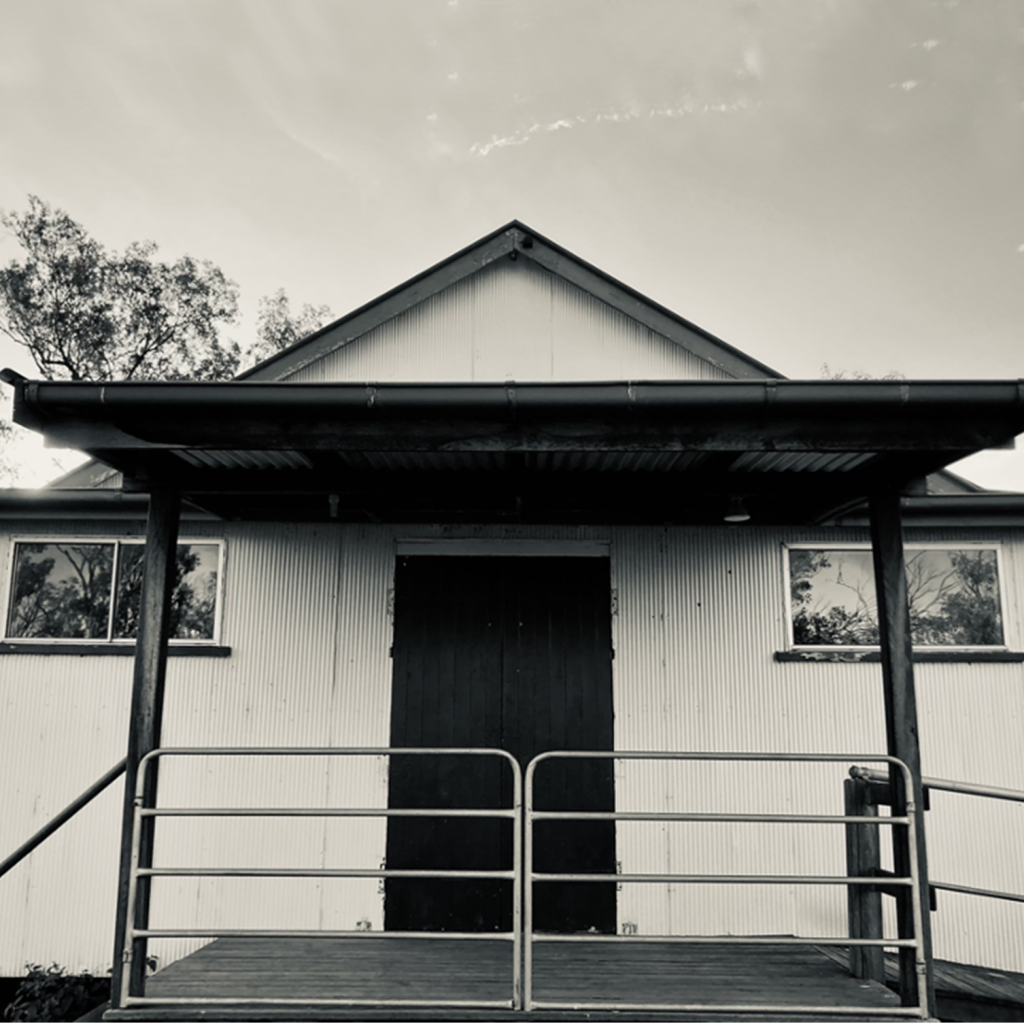 Karara Public Hall, QLD, Githabul Country Karara, named by the Githahbull/Gidhabal people, is situated around the banks of what is now known as Canal Creek. individuals often prospecting for gold both within and around the creek.   Like the gold found in the surrounding areas, Karara Hall is precious. The Hall is the heart of this small rural town, located … Read more 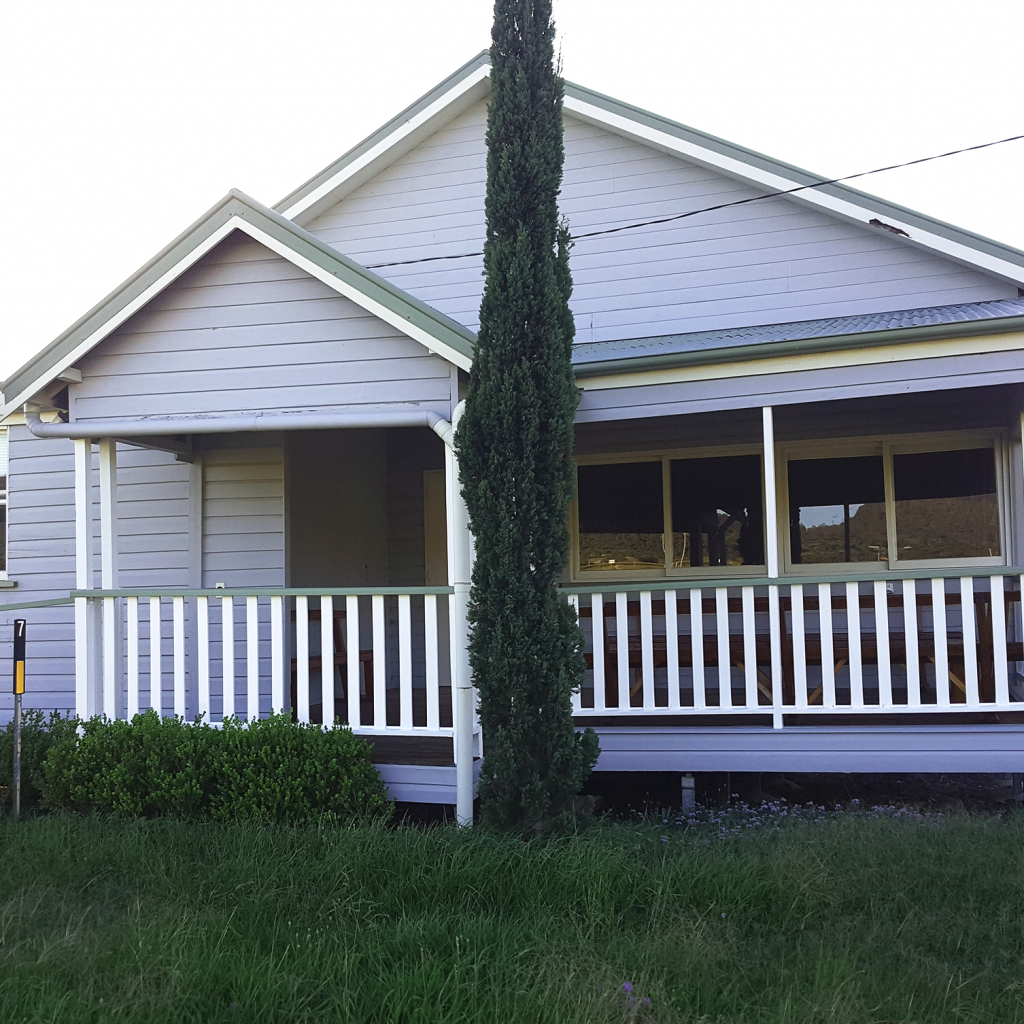 Mt. Colliery QCWA Hall, QLD, Githabul Country The Mt. Colliery QCWA Hall stands on Githabul Country.  The Hall was built in 1918, and run by a Trust of local residents in the mining village of Mt Colliery. It was the social hub for coal miners, timber getters, farming and community families. It had a library,   picture theatre, stage for theatre productions, card evening and  dances.  There was never a pub in … Read more

Festival of Small Halls has announced that Paddy McHugh and Sue Ray will be the guests of ten communities on The Resilience Tour 2021: Queensland’s Southern Downs this September.

Raised in Tamworth, imbued from a young age with country music, before moving off to Sydney and immersing himself in the city’s gritty punk scene, McHugh now calls Brisbane home, he and his family ensconced within the hot damp that defines the Queensland capital, home to a slew of primal, passionate music over the years.

Winner of the 2018 QMusic award for Best Folk/World song with ‘Junior was his Name’, Americana-style artist Sue Ray continues to captivate audiences with her haunting and emotionally charged lyrics, considered compositions and hits them in the sweet spot with her smoky, molasses-rich voice. Following a ‘gap year’ or two in Nashville, where she worked alongside industry greats and connected into the scene, gigging and writing, Sue’s home is now in Australia.

Although funding for this product has been provided by both the Australian and Queensland Governments, the material contained herein does not necessarily represent the views of either Government