A three-time International Songwriting Competition Finalist, Andy Brown has emerged a must-see performer on the Canadian and International music scene. An official Taylor Guitars and Sennheiser Microphones artist, Andy’s song ‘Ashes’ was featured in ABC’s hit show ‘Rookie Blue’ in the fall of 2011 which helped shoot both the song, and his sophomore album ‘False Alarm’, to #1 on the iTunes Canada singer/songwriter charts. The album and the song also charted in the top 10 in the same category on the US iTunes charts. His music has since been featured on NBC, CTV, Global TV, Showcase, and CBC, and has earned him a slew of national and international songwriting awards and nominations. With performances alongside some of Canada’s top musical exports, support slots for 5-time Grammy Award winners The Blind Boys of Alabama, and tour stops from Sydney, Nova Scotia to Sydney, Australia, the last few years have been non stop for Andy. His honesty as a songwriter, expressive showmanship, and soaring vocals have made him a fan-favourite wherever he performs. In the past twelve months, Andy has supported Australian legends such as Ian Moss, Ray Beadle and Diesel, performed in front of sold out crowds in East Canada and is making waves around North America. Andy’s last Australian tour was as a direct, nationwide support for Australian Idol Winner Damien Leith’s national ‘Without a Fight’ CD release tour with Andy also penning two of the tracks featured on Leith’s new album.

Australia loves Andy – this is his fourth visit to Australia in two years.

The Mae Trio write contemporary folk songs that are surprisingly mature and insightful for musicians aged between 19 and 22. This multi-award winning trio brings a fresh take to the Australian folk scene in which they are deeply imbedded by drawing on a range of contemporary ideas and influences. Their songs range from an intricate and detailed tribute to 19th century designer William Morris to a catchy yet thoughtful reflection on the effects of the drought on their home town in Central Victoria, Australia. They arrange them tastefully for banjo, cello, fiddle, ukulele, guitar, bass and superb 3 part vocal harmony. The trio present an engaging live performance, inviting the audience in with their infectious warmth and humour. The trio’s debut album ‘Housewarming’, produced by the internationally renowned Luke Plumb (Shooglenifty), was released in August 2013. In the brief time that has followed, they’ve been booked for every major folk festival in Australia, as well as being courted by the UK’s top events and festivals, including a recent appearance at the Glasgow Royal Concert Hall for the Commonwealth Games Celebrations. No strangers to touring, sisters Elsie and Maggie Rigby and childhood friend Anita Hillman had toured in family bands and their own outfits prior to the sudden success of The Mae Trio. 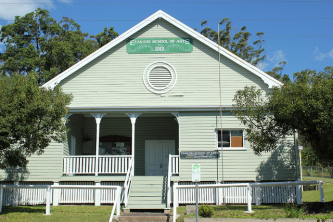 Eumundi Gubbi Gubbi people – poss: ‘ngumundi’ (black snake) There is a blend of old and new within Eumundi; of hippy and hipsters. The streets are lined with historical buildings, modern art galleries, boutique wineries and local history museums. The town is a must-do for anyone passing through the Sunshine Coast hinterland. Every Saturday and … Read more

Numinbah Valley ‘hold tight country’ from ‘nyummin’, meaning tight Numinbah Valley is a little village nestled in between Springbrook Mountain and Beechmont. It is the Valley time forgot, with the Nerang River running though old dairy farms of the past, all towards the area’s beautiful heritage listed community hall. Numinbah Valley has many bushwalkers enjoying … Read more 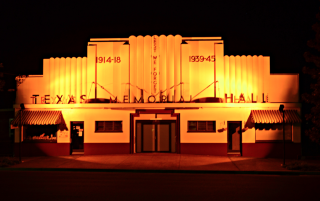 Texas Gunggari and Bidjara people On paper, Texas has a romantic history that can rival Deadwood. Named after the US land dispute, but in honour of a local one between two brothers and some post-gold rush squatters, Texas earned its stripes with farming, silver mining and tobacco. Driving on the meandering road over the Dumaresq … Read more 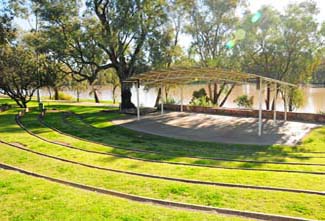 St George Mandandanji and Kamilaroi people The fish are jumping, and the cotton’s high – St George is known as the Fishing Capital of Inland Queensland and is home to Murray Cod, Yellowbelly, Golden Perch, and Silver Perch..You’re likely to have encountered emus running alongside your vehicle on the way into town, their brown feathers … Read more 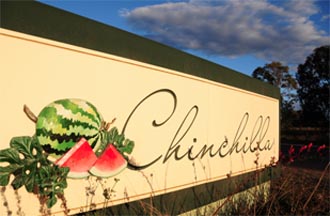 Chinchilla Barangun people: name from local word for Cypress Pine, Jinchilla Last year we toured to the nearby Boonarga CactoBlastis hall, yielding one of the best ‘hall-stories’ on the tour – the only hall in the world known to be dedicated to a moth. Still the best example of bio-control ever, a South American moth … Read more 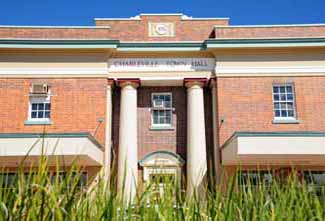 Charleville Bidjara people Charleville has a number of historical footnotes that may catch your attention, but perhaps none so much as the cannons on display in town, which were used in 1902, unsuccessfully, firing into the clouds in an attempt to bring rain to break the drought. These cloud cannons are a great introduction to … Read more 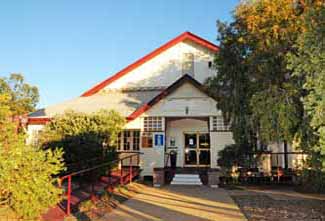 Mitchell Gunggari people Mitchell’s history involves an Aboriginal population acknowledged to have inhabited the area for at least 19,000 years, bush-rangers, miners, and the birth of Australia’s shortest-serving Prime Minister, Francis Forde. A more modern experience, however, might bring you to Mitchell as a worker for one of the nearby mines, or see you settling … Read more

Cunnamulla Kunja People/meaning ‘long stretch of water’ Who was Slim Dusty’s Cunnamulla Fella? This is the perfect time to find a local and ask, as the Festival of Small Halls hooks up with cowboys, stockmen, bull-riders lnand shearers for the launch of the annual Cunnamulla Fella Festival. Cunnamulla is a town with a typically Australian … Read more 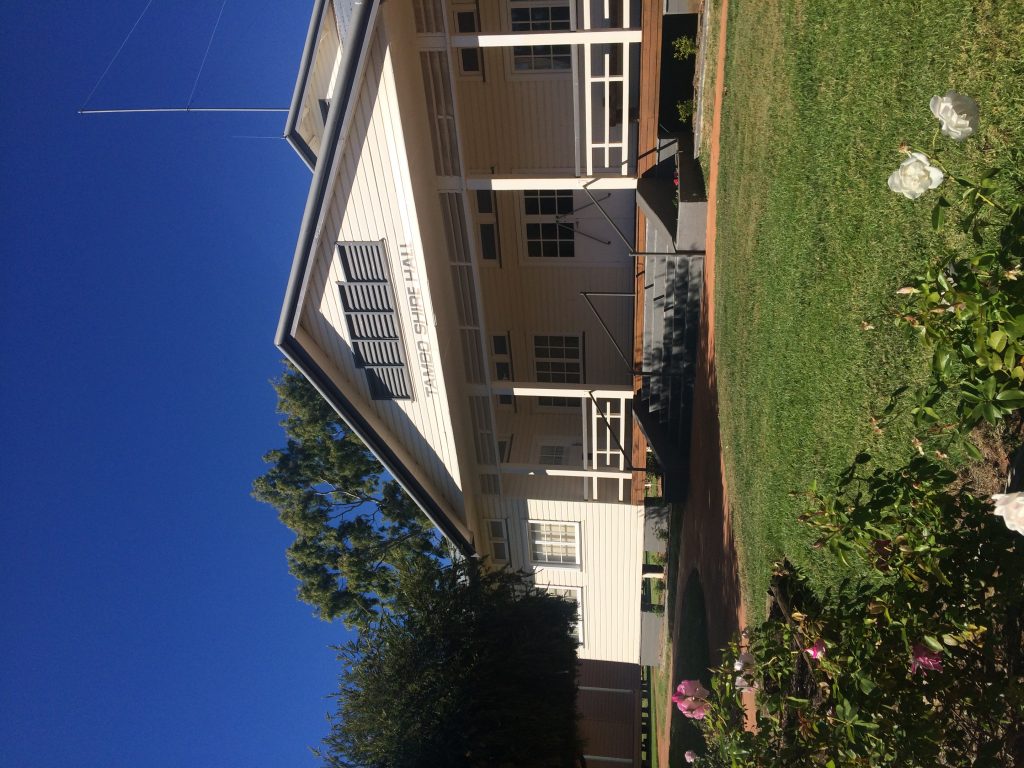 Tambo Tambo is located 900 kms north west of Brisbane and is the oldest town in the Central West, gazetted in 1863. The region covers 30,502 sq kms, and is some of the richest pastoral lands in the State, encompassing an array of diverse countryside from open Mitchell grass downs to improved Brigalow and Gidgee … Read more 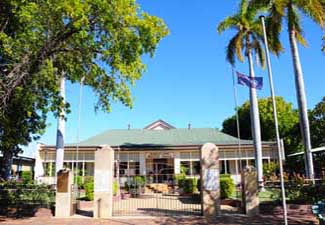 Barcaldine Iningai people Sheep and beef cattle rearing are the main industries in this area, but it’s fair to say that the number of people stopping by to see the disarmingly exquisite Tree of Knowledge sculpture, which commemorates the 1891 shearer’s strike (and the bones of the Australian labour movement) is an industry in itself. … Read more

Winton Iningai People Home of Waltzing Matilda, Dinosaur Capital and Home of the Boulder Opal – Winton’s got the headlines to make it a remote rural hotspot. While the mesa formations might make you think of Death Valley in the USA, there’s enough Australian history packed into the red dirt to keep you firmly grounded … Read more

Isisford/Yaraka With a conflict in community calendar contriving to cause complications (and alliteration aside), our show in Isisford on October 31 is moving down the road to the tiny and tremendous town of Yaraka. With a population of 12, this is the smallest town we have visited and with the support of the Longreach Regional … Read more 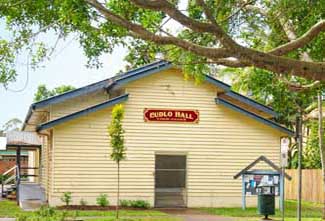 Eudlo Gubbi Gubbi people: local term for ‘freshwater eel’   Eudlo is famous for many things – great jam and preserves, a train crash back in the days of black and white photography, its nearby Buddhist institute of Chen Rezig, the fact that it doesn’t have ‘town water’, the satisfying way that the name of … Read more

Tenterfield Kamillaroi/Bundjalung people, originally called Moombillen ‘place of honey’ Growing up in SE Queensland, the Northern NSW town of Tenterfield had a legendary status as a gauge for ‘frosty’ winter temperatures on the nightly news during the middle months. The home of Banjo Patterson has 100 heritage-listed buildings, and the credit for being the location … Read more

Mt Tamborine Wangerriburra people, name from Jambreen, ‘finger limes’ Mt Tamborine’s volcanic soil provides kiwis, avocados, passionfruit, apples and mangoes – tropical fuel for the hundreds of nature walkers who flock to this beautiful area of the Scenic Rim. The spectacular scenery includes sweeping views down to the Gold Coast, and is the backdrop for … Read more

Harrisville Ugarapal people Originally a cotton-farming town, Harrisville is a part of the spectacular Scenic Rim region, categorized by rolling farmlands and World Heritage listed natural parks. Harrisville is still a quiet town and web searches will reveal notes on potato farming, the welcoming balcony of the Royal Hotel, and the history of a now … Read more 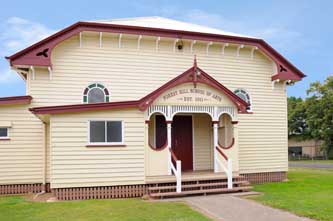 Forest Hill Forest Hill lies deep in the Lockyer Valley, South East Queensland’s salad bowl – rated as one of the top 10 most fertile farming areas in the world. Narrow country roads open out into golden fields of baled hay, green shoots, or fragrant, freshly turned earth, and colourful produce is for sale in … Read more 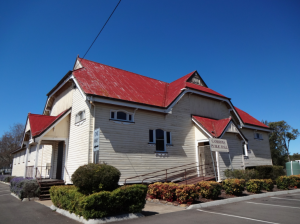 Cambooya Giabal and Jarowair People Cambooya is truly a picture book image of a quaint country town. Nestled on the city outskirts south of Toowoomba and just off the New England Highway, it was once the home to the famous author ‘Steele Rudd’ (pseudonym for Arthur Hoey Davis) who brought us famous Australian characters, Dad … Read more 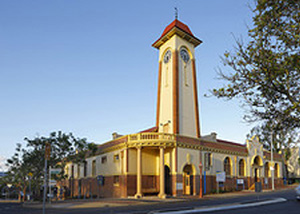 Sandgate Turrbu/Yugarabul people, name der poss: ‘Warra – a stretch or expanse of water’ Sandgate originated as a sea-side resort town for early European Brisbane residents, with boating, golf and swimming combining with the existing heritage listed building to create ideas of a Gatsby-ish playground in the romantic recollections of locals. Theatre has played a … Read more 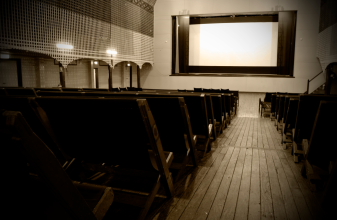 Childers Kabi Kabi People Sugar, sugar and more sugar! This historic town is set was built in Queensland’s pioneering days in the lush volcanic soil of the Wide Bay Burnett Area, and has been rewarded with years of prodigious fruit, vegetable and sugar cane cropping. The Paragon Theatre – originally Gee’s Hall – has a … Read more

Maryborough Badtjala people This was a good place for PL Travers to find Mary Poppin’s famous ‘spoonful of sugar’ – Maryborough and surrounds has been home to several sugar mills, as well as being the birthplace of the famous author. The town is set along the Mary River – a body of water named for … Read more 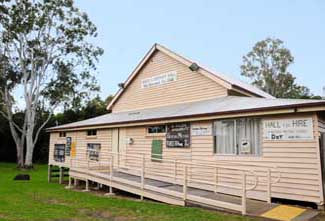 Wolvi Budjilla people: ‘place of wallabies’ Wolvi straddles an area of the Sunshine Coast Hinterland where dairy farms and granite blend gently into thick sub-tropical jungle. Following the one dirt road for an hour can deliver you from an almost-English lushness with a slow migration of grazing cows and explosions of bougainvillea and jacaranda into … Read more