Autumn 2020 – Fairbridge Festival and Beyond

in partnership with Fairbridge Festival

Autumn Tour 2020: To Fairbridge Festival and Beyond

Colin Lillie is one of a kind – this you discover within moments of hearing the “Gypsy Scotsman” and adopted Territorian share his song.  Colin’s life experiences shine through fearlessly as he strives to connect.

In 2012 Lillie released an EP beginning his commitment to a life in music. In 2013 he won the NT heat for Telstra Road to Discovery. That same year he worked with Bill Chambers to help produce his wife and Indigenous artist Jacinta Price’s album Dry River. In 2014 along with producers Dave Crowe (Resin Moon) and Ben Allen (Broadwing) recorded the self titled EP Shadows on Blue.  In 2016 Lillie released his debut album Glass Homes. This album produced by Mark Myers (Middle East) allowed him to share his truth. The first single from “Glass Homes” Give Thanks won him NT Song of the Year (Blues and Roots).  He also took out the National Live Music Award NT in 2016 and 2019 and the AU Reviews Peoples Choice Australian Artist of the Year.

In 2018 Lillie appeared on The Voice Australia which saw him work with Boy George and share his story to a wider audience.  He went on to sign a management deal with Footstomp Music/ Kadence Group and a bookings deal with The Harbour Agency.  2019 saw him tour with The Animals, James Reyne, Diesel and Busby Marou and perform at some of Australia’s most loved festivals including the National Celtic Festival and Woodford Folk Festival. After dozens of shows together Mark Lizottes (Diesel) suggested producing an intimate four track EP (Petrichor) to be released mid 2020.

2020 started with a Lillie showcasing at Folk Alliance in New Orleans. On his return Lillie was straight back on the road with Diesel. Colin returns to Wild Mountain Studios mid-year with producer Jamie Trevaskis (Leanne Tennant) to put the finishing touches on album 2.

Lillie is determined to show that no matter how remote you are you can build a successful career in music while continuing to record and perform live in front of audiences around Australia and beyond.

“With his debut record, Lillie has reached within himself and brought forth something truly special; a glass house is one thing, open for the world to see, but a Glass Home is another entirely.”

Iona Fyfe has become one of Scotland’s finest young folk singers, rooted deeply in the singing traditions of the North East of Scotland. The youngest ever winner of Scots Singer of the Year at the MG ALBA Scots Trad Music Awards 2018, Iona has been described as “one of the best Scotland has to offer.”  (Global-Music.de) With a number of high profile appearances under her belt, Iona, a mere 22 years of age, has toured throughout the UK, Poland, France, Germany, Austria, Italy, Switzerland, Czech Republic, and Canada and has performed with the BBC Scottish Symphony Orchestra as part of the World Premiere of Disney Pixar’s Brave in Concert at Glasgow Royal Concert Hall. Released in 2019, Dark Turn of Mind is Iona’s first EP entirely in English and features six ballads and songs found in both Appalachia and Aberdeenshire and has been described as “a new interpretation to the country genre” – Maverick.

Iona studied at the prestigious Royal Conservatoire of Scotland and graduated with a first class honours degree in Traditional Music and holds an FLCM in Traditional Voice from London College of Music. A sell-out show at Edinburgh Fringe Festival for three consecutive years, Iona was a finalist in the BBC Radio Scotland Young Traditional Musician of the Year and won the Molloy Award at Birmingham Irish Trad Fest. In 2018, Iona performed at Interceltique Festival De Lorient where she was described as “a Scottish folksinger, magical and charismatic” (Rolling Stone, France). She was nominated for “One to Watch” and “Best Live Performance” at the Sunday Herald Scottish Culture Awards 2018.

Her debut album Away From My Window was met with critical acclaim and features fresh interpretations of ballads, self-penned and contemporary songs alike, whilst sampling source singers such as Lizzie Higgins and Stanley Robertson and remaining sympathetic to the song tradition of which Iona grew up around. Produced by Jani Lang, of Dallahan, Away From My Window features a stellar folk line-up of musicians featuring Luc McNally, Tim Edey, Charlie Grey, Simon Gall, Ross Miller Graham Rorie, David Foley, and Charlie Stewart.

“Poignant and well delivered. Singing well within herself, Iona’s voice, at times reminiscent of Cara Dillon, is well suited to the ballads recorded on this album.”

“Describing Iona Fyfe as a Scottish folksinger is probably doing her an injustice, as the versatility displayed on her new, EP release, Dark Turn of Mind, reflects her grasp and understanding of jazz, Americana and much more.” 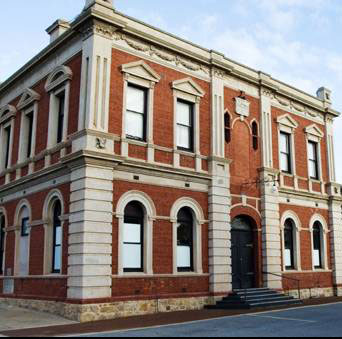 The grand old Northam Town Hall was officially opened on the 21st April, 1898 marking an era of transformation for Northam from a scattered village to bustling township. The population was booming and economic prosperity was high as many men were passing through Northam, stocking up on supplies on their way to make their fortune in the goldfields. In declaring the Town Hall open, Mayor Charles R. Knight expressed “a hearty wish that … Read more 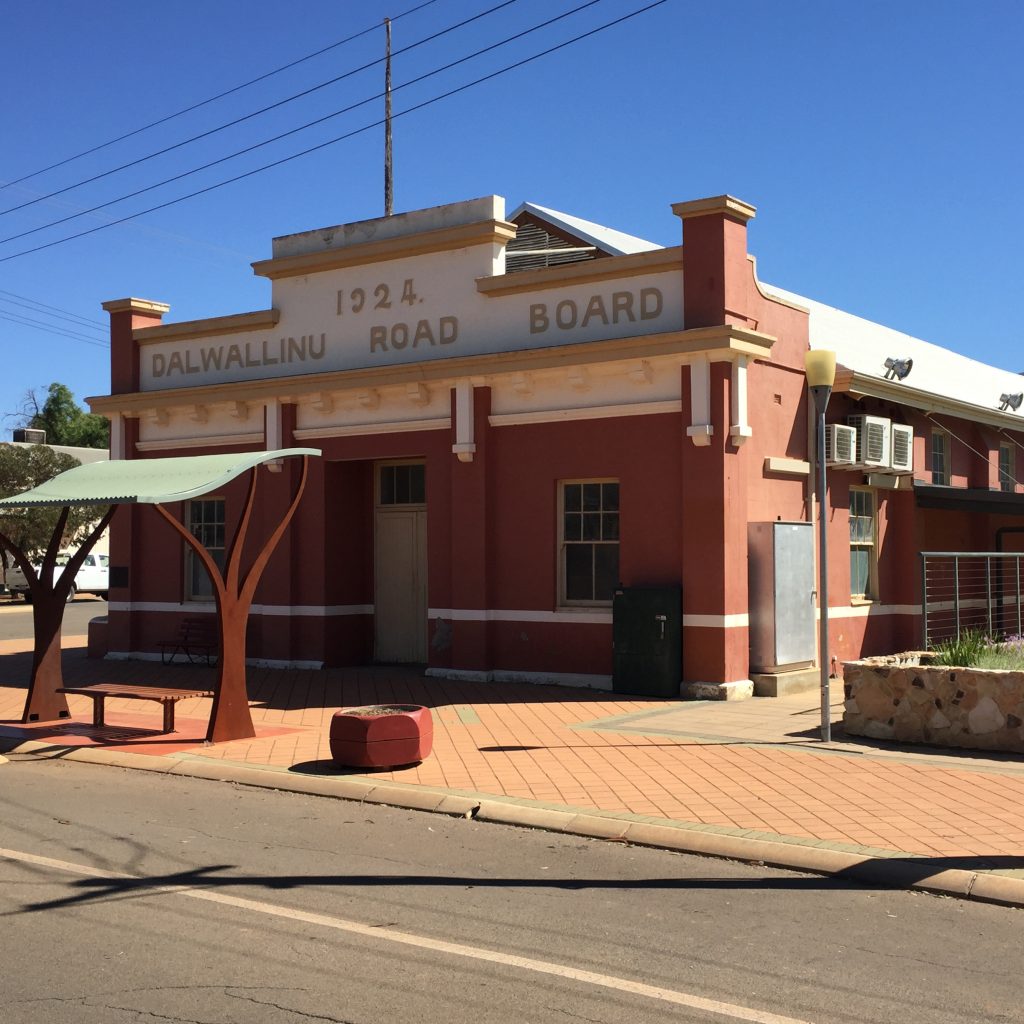 The Dalwallinu Town Hall and Supper Room was built in 1924 by Gully and Gillan. The hall has played an integral part in the growth of the Shire. Across the years it has hosted weddings, funerals, dances, balls and social gatherings. A popular use for the Hall was the pictures, which were held in the … Read more 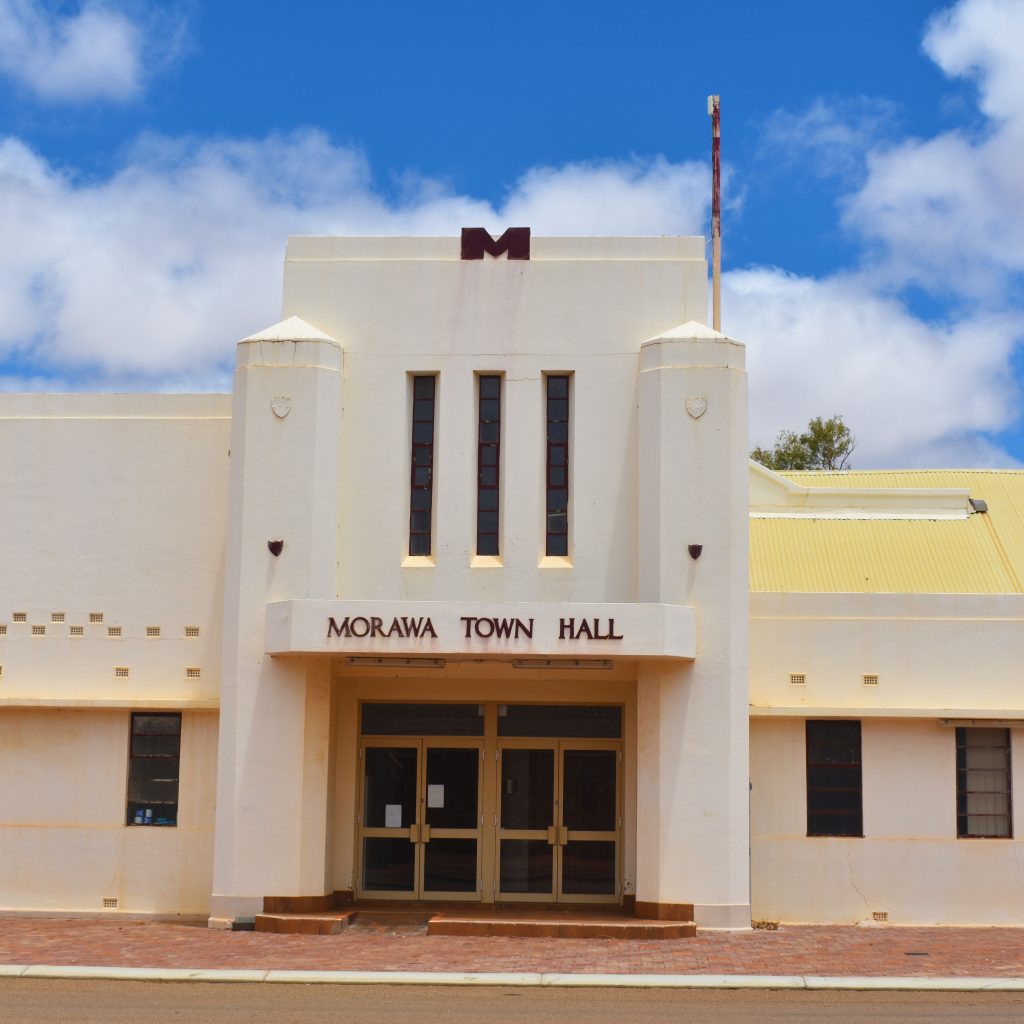 Welcome to Morawa! Within this quaint Midwest town stands the grand old dame, the Morawa Town Hall. Designed by prominent architectural firm Eales Cohen and Fitzhardinge the Inter-War Functionalist style Morawa Town Hall was built in 1939. It is a rare and uniquely styled Hall that was kitted out with all the bells and whistles. These walls have seen nearly 80 … Read more 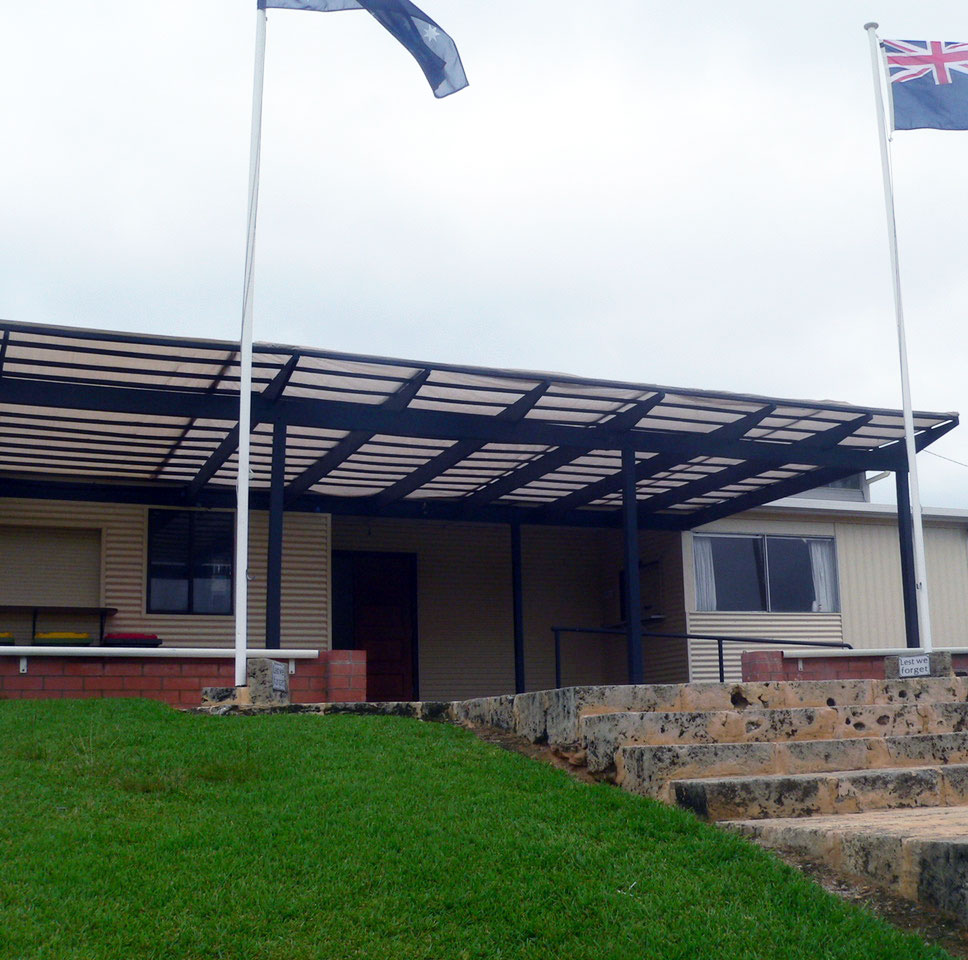 The Yued Noongar people are recognised as the traditional custodians of the land on which Seabird is situated. Not far from Seabird is a 1656 Dutch wreck, the “Vergulde Draek”. Seabird was named after the schooner, “Sea Bird” wrecked just off the beach in 1874. It was a crayfishing town and this remains an integral … Read more 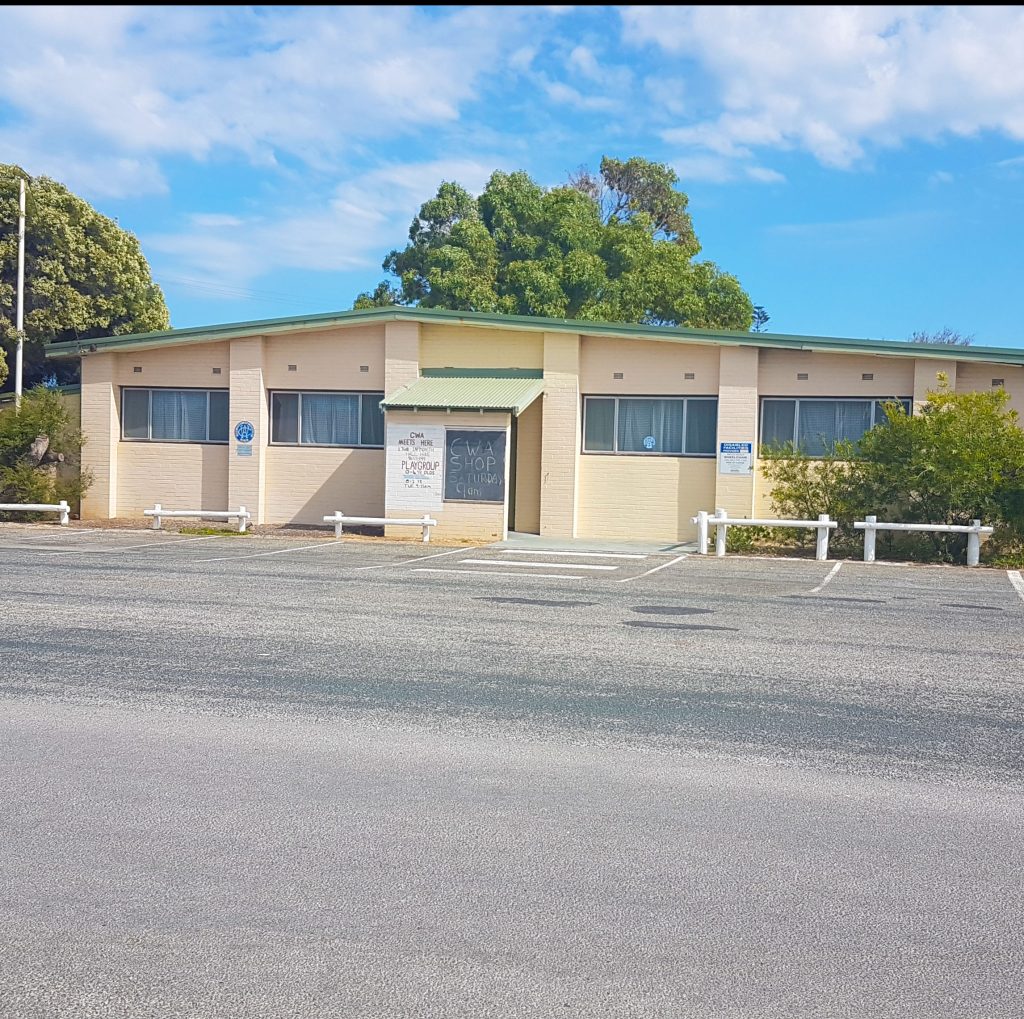 The Lancelin Hall was built and opened in 1964, unfortunately many of the records have been lost over the years, although the red velvet curtains still blow in the sea breeze and the old cabinets still stand strong. During the 50 years of use the Lancelin Hall has seen many an event from Movie Nights, … Read more 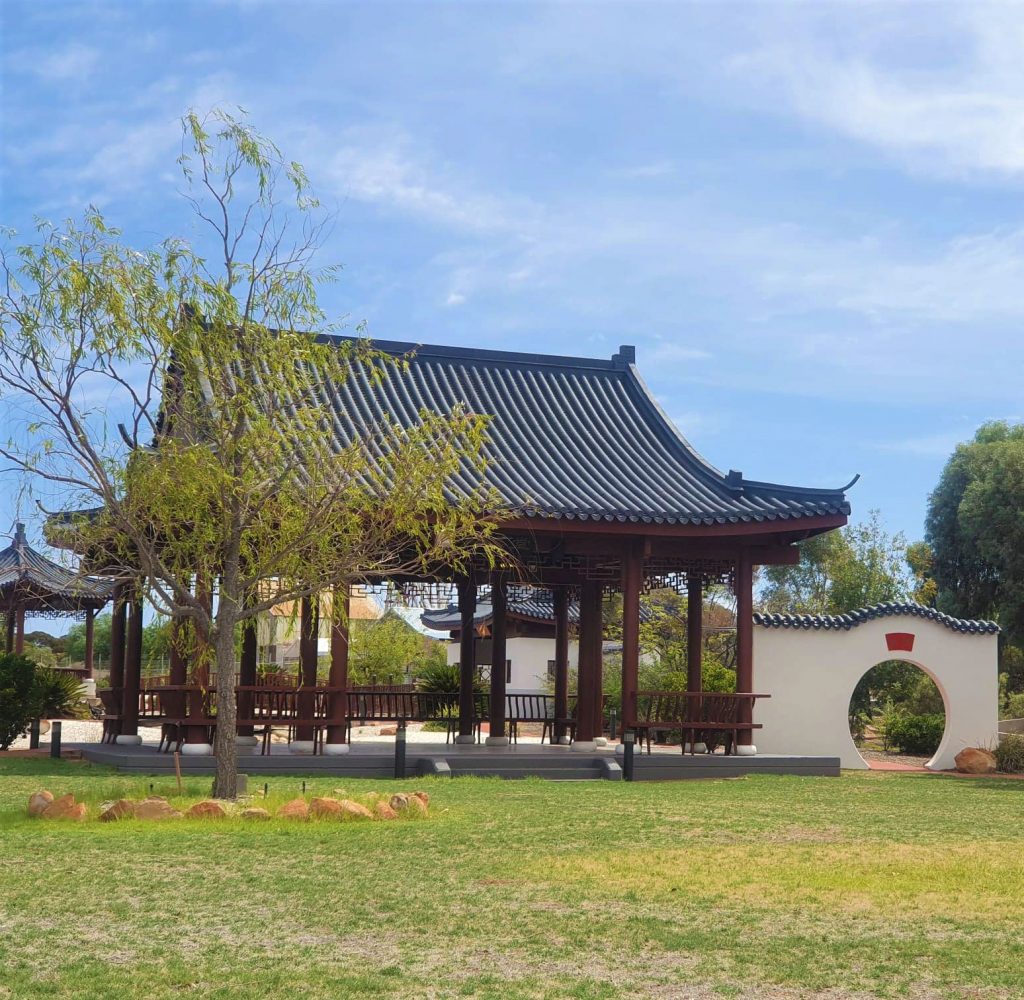 Kalgoorlie’s oasis in the outback The Chinese Garden of remembrance is situated at the Hannans North Tourist Mine approximately1.5km from the top of town. The Chinese Garden of Remembrance project was completed with the assistance of the Simon Lee Foundation and the West Australian Chinese Chamber of Commerce. Established in 2003, entirely constructed by hand … Read more 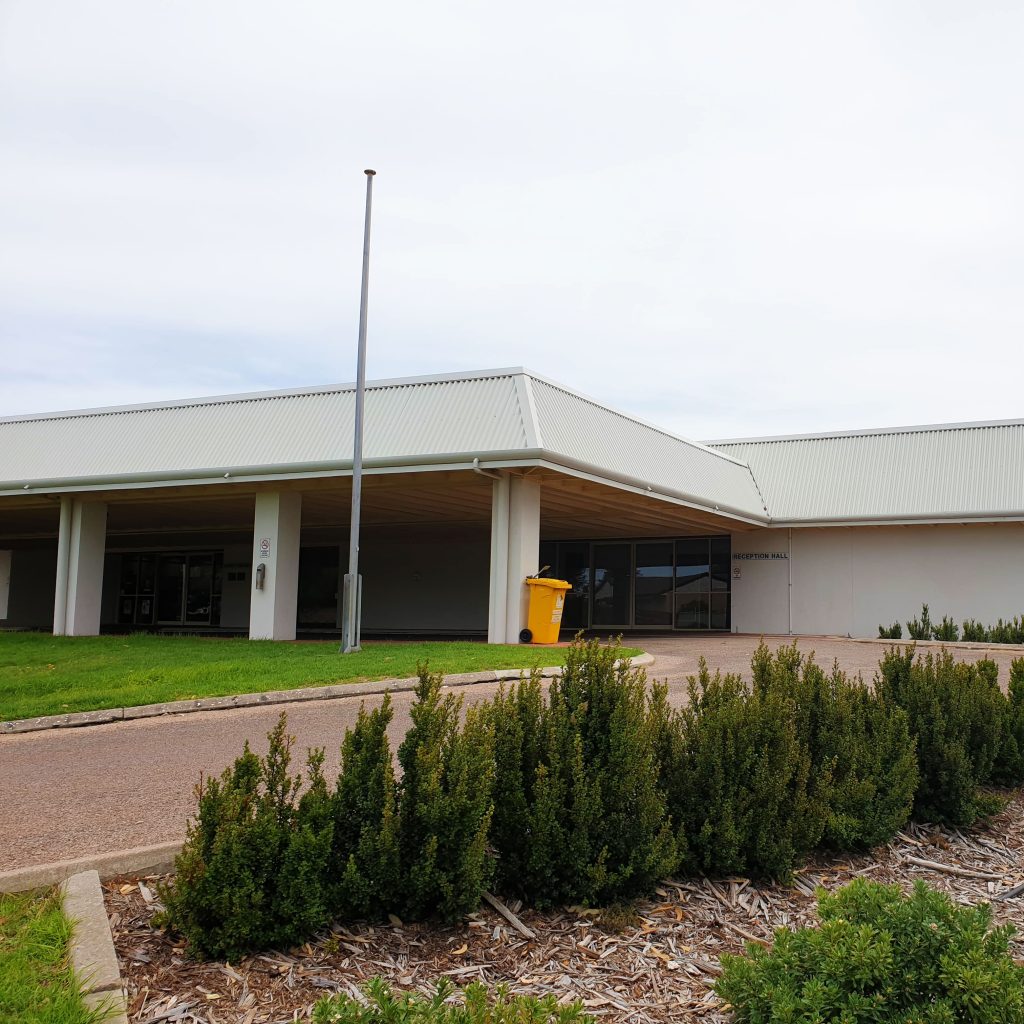 Esperance Civic Centre is situated in the heart of Esperance, just a stones throw from picturesque Esperance bay, the Esperance Civic Centre provides the focal point of entertainment in the south east of Western Australia. The community based facility is regularly favoured for concerts, drama, dance and music productions, conventions large and small, music festivals, … Read more 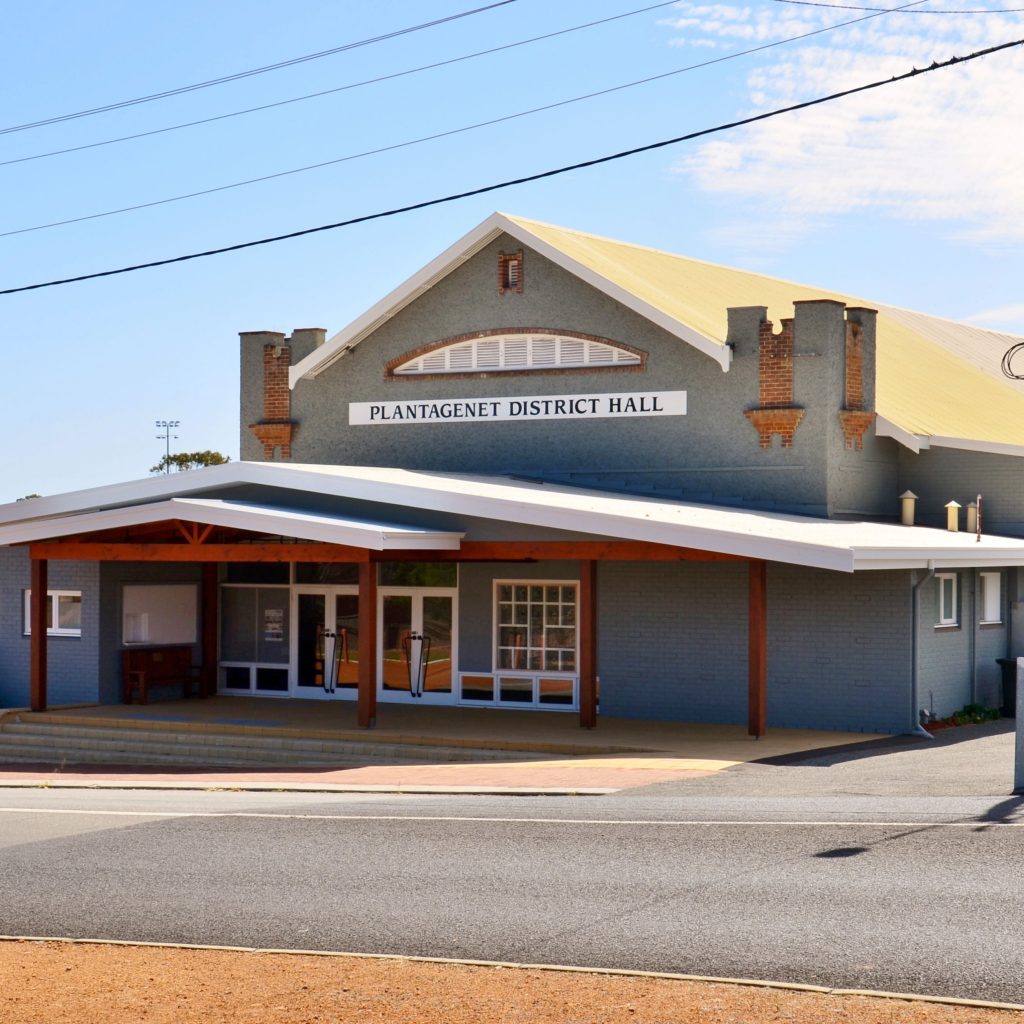 Our District Hall is an ever-evolving work in progress. It has had many incarnations over the years – used as the hub of social events, for dances, weddings, movies, badminton and amateur theatre. In the past 10 years use of the hall has declined and the Shire of Plantagenet, who own the hall, recently offered … Read more 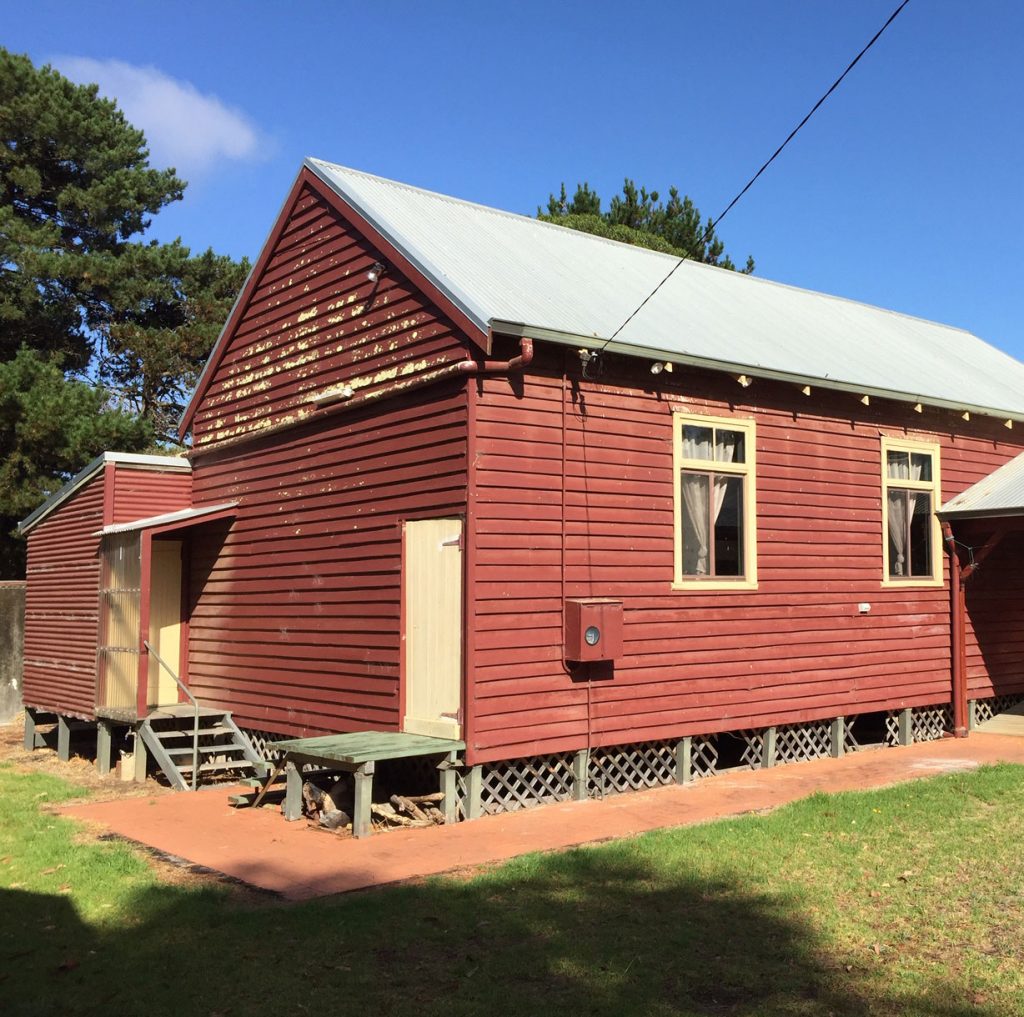 Youngs Siding, a tiny townsite and former railway halt between Albany and Denmark on the south coast of WA, has a hall that turns 100 in three years’ time. With a farming population of maybe 300-400, a general store and a vet surgery, there is not a lot to see, but dive beneath the surface, … Read more 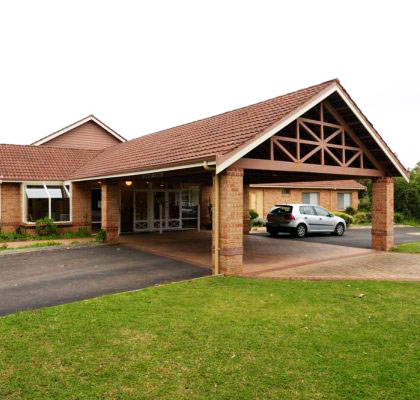 Welcome to Augusta! This historic town was once a seaside retreat destination and now, is home to a close-knit community. Also known as the ‘place where two oceans meet’, Augusta is the last town before Cape Leeuwin, where the Southern and Indian Oceans meet. At the heart of this town is the Augusta Centennial Hall. … Read more 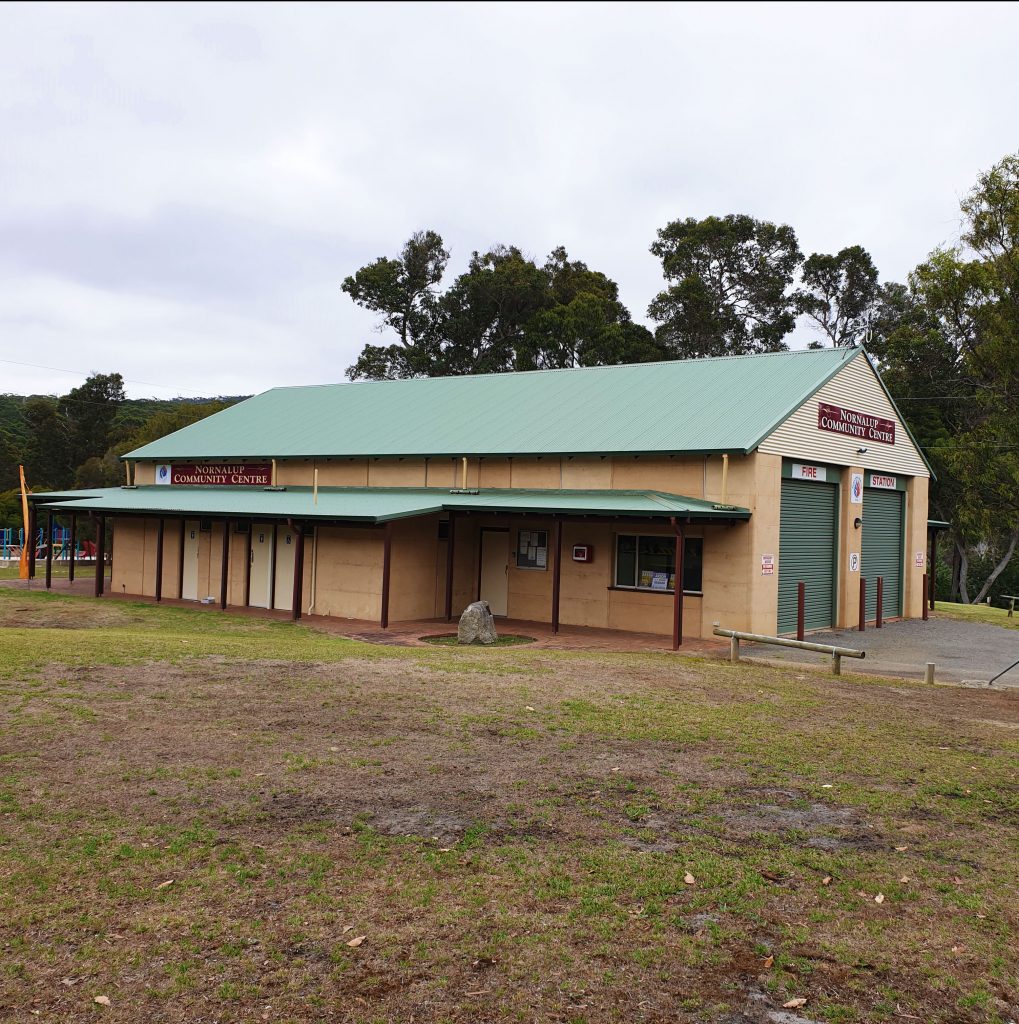 The hall is nestled by the banks of the Frankland River in the heart of Nornalup, a small village 10 km from Walpole on the south coast of WA. The population is mostly retirees, with a farming community surrounding it. We are backed by National Park and the surrounding area is a Must-See for any … Read more 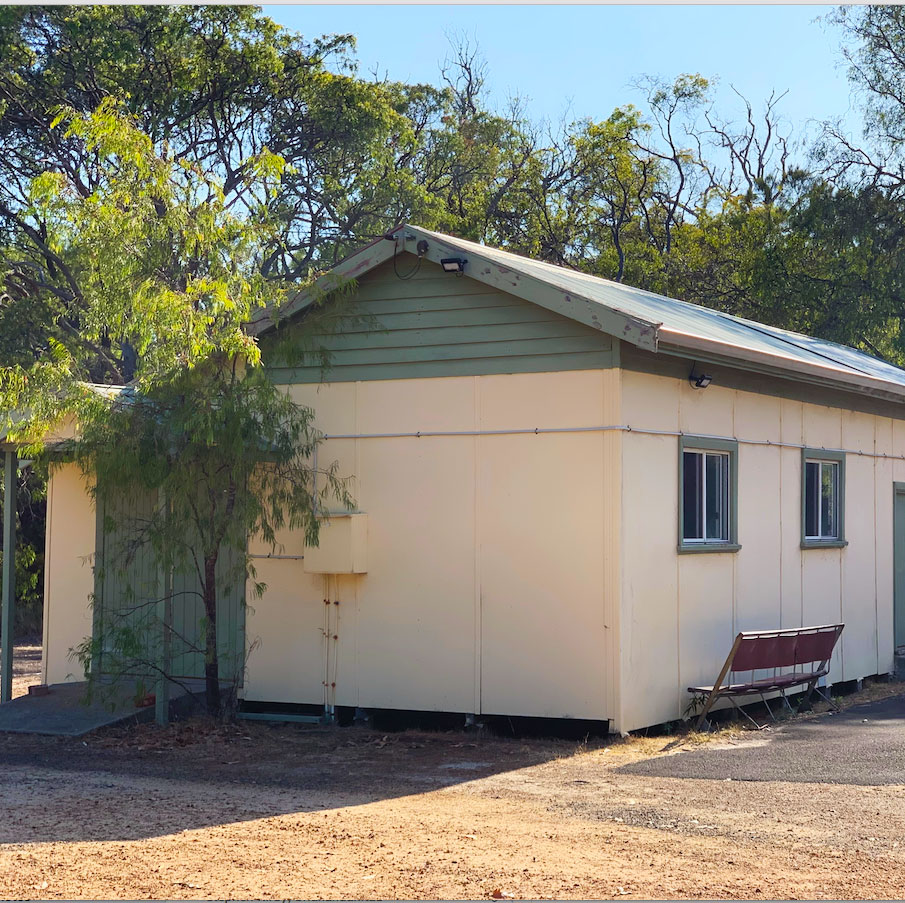 The Wilyabrup community was born out of the group settlement scheme, which sought to bring settlers to the South West of Western Australia. Group 20 was established and eventually a school was built to educate the local children. The Willyabrup Hall as it now stands is the result of the local Progress Association forming a … Read more 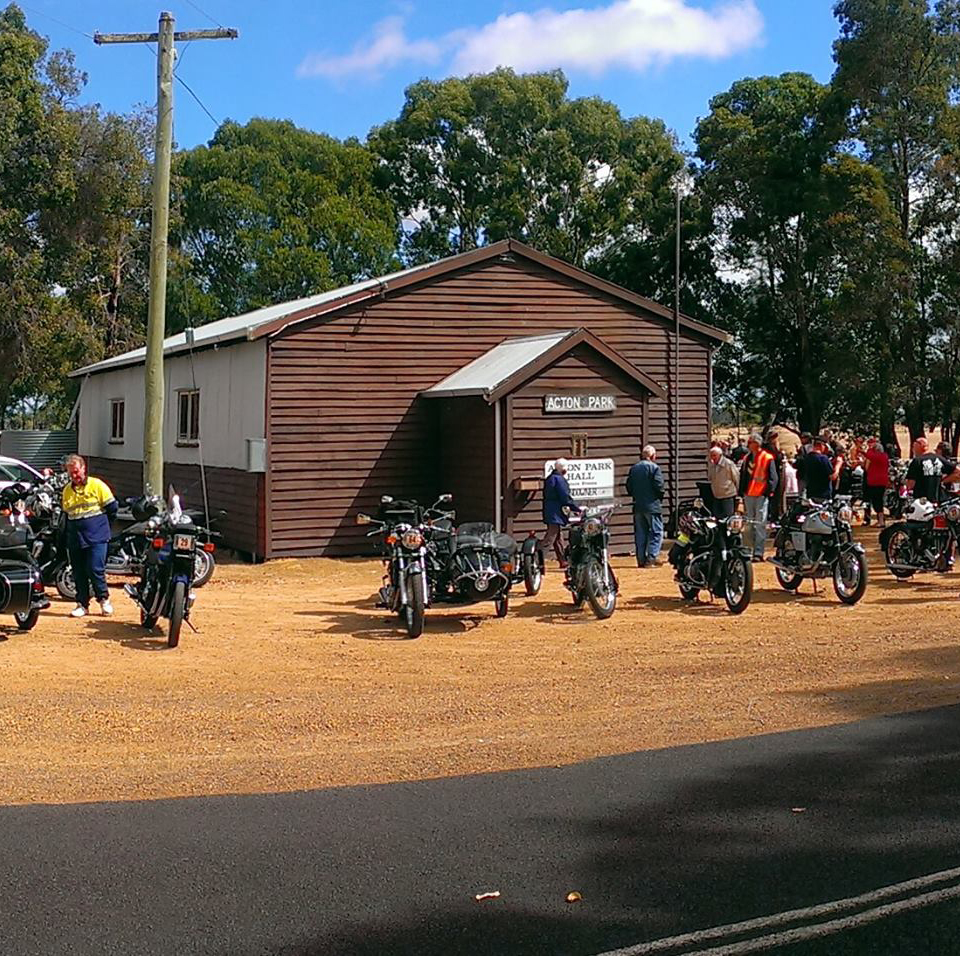 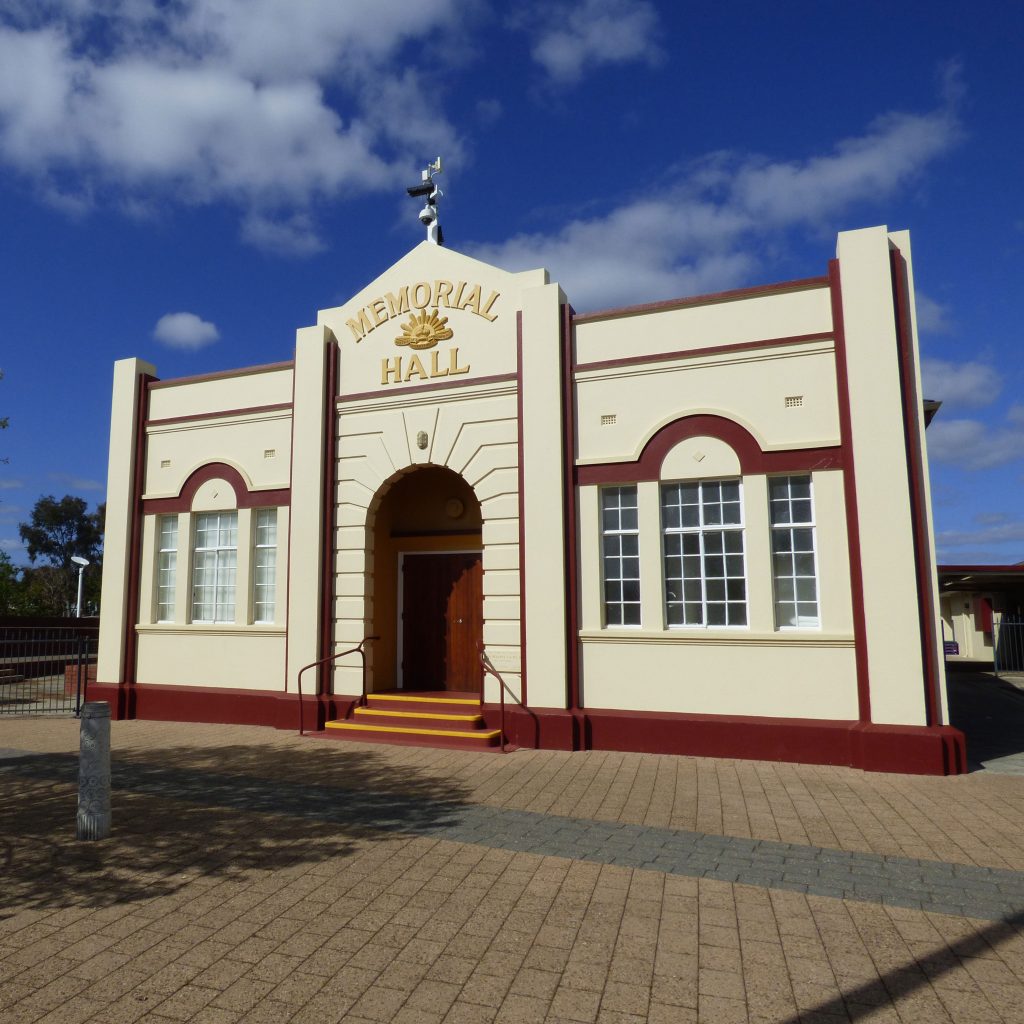 The Waroona RSL Memorial Hall was built in 1932, constructed for use as a Public Hall and as a Memorial to those who lost their lives in the war. The hall has a separate adjoining hall that was intended for use by the Returned Service League (RSL). From the 1940’s, the Hall operated as a … Read more

Featuring the youngest-ever winner of the prestigious Scots Singer of the Year award Iona Fyfe, co-billed with the “Gypsy Scotsman”, proud adopted Territorian Colin Lillie, the far-ranging music tour will travel to Western Australia for the first time.

Aberdeenshire folk singer, Iona Fyfe, has become one of Scotland’s finest young folk singers, rooted deeply in the singing traditions of the North East of Scotland. The youngest ever winner of Scots Singer of the Year at the MG ALBA Scots Trad Music Awards 2018, Iona has been described as “one of the best Scotland has to offer.”

Colin Lillie is one of a kind – this you discover within moments of hearing the “Gypsy Scotsman” and proud adopted Territorian share his song. Beyond that, what’s truly special about Lillie is his passion for life and music. Capturing the kind of intensity that Colin has on an album or a live performance is something that every musician aspires to.