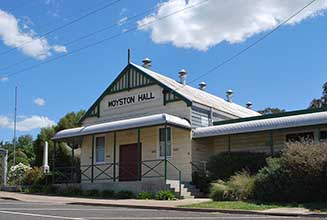 In a mad sporting nation, Moyston is the self-proclaimed “Birthplace of Australian Football”, based on its connection to the sport’s founder, Tom Wills, who grew up in the area in the 1840s, and, according to some, played Marn Grook with local Aboriginal people, the game on which AFL would base many of its rules. Today, Moyston is an historic town surrounded by farming properties and where workers employed in the nearby towns of Great Western, Ararat, Stawell, and Halls Gap, reside.

Tickets available online and at the door on the night.