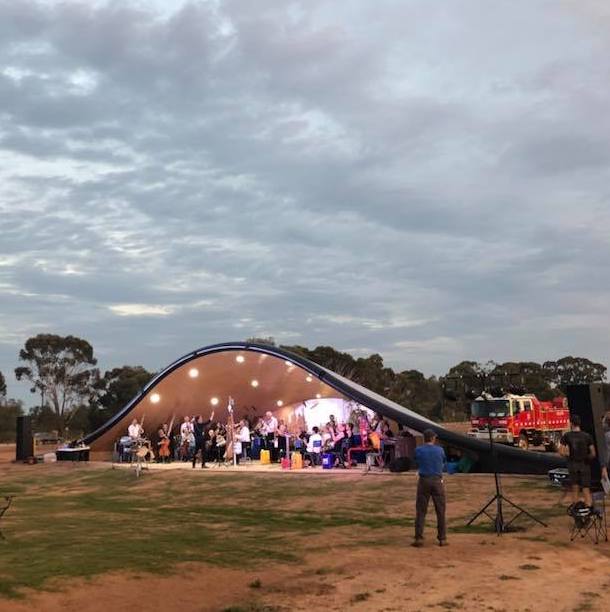 Girgarre is a small agricultural community of 190 people, located in northern Victoria, part of the Campaspe Shire and Goulburn Valley irrigation region. The township evolved after it was subdivided for closer and soldier settlement in the early 1900s. In the main, Gigarre was settled by returning World War I soldiers.

This once thriving town has faced its fair share of challenges ~ drought, falling milk prices and the closure of factories, leaving Girgarre with limited amenities and half its population. Once, the supermarket, the butcher, the hairdresser and the corner shop had gone and the town had lived up to the Indigenous origin of its name ~ things had turned ‘sour’.

While other townships have come and gone and with every reason to lose hope, Girgarre has pulled through owing to the strength of a cohesive community that has strived to keep their small town alive through creative initiatives. The Memorial Hall has been restored by the community and is a vital marker and principal meeting place. However, Festival of Small Halls is deviating from tradition slightly to visit Girgarre. It’s not so small, and not really a hall, but the Gargarro Sound Shell – this beautiful structure – is home to a community and built by their sweat, tears, and sheer strength of will. We’re honoured to dance a turn in a different style with Girgarre – a small town with a big spirit…

Festival of Small Halls rolls into Girgarre on Friday, 5 April 2019 with award-winning Canadian trio The Once and Australia’s John Flanagan.