Having played some of Australia’s largest music festivals he often surprises crowds with sensational on-stage collaborations. He has represented proudly at high profile events such as Tourism Australia’s G’day USA Gala, Los Angeles and National Indigenous Music Awards where he was nominated 2016 Young Indigenous Musician of the Year. 2018 saw an inspired performance and Acknowledgement of Country and People at the Invictus Games Closing Ceremony, collaborating with Colin Hay, Aloe Blacc, Birds of Tokyo and many more talented musicians.

Chris Tamwoy’s debut EP Ngaw Laag ‘My Home’ in 2015 was well received earning him the prestigious honour of National NAIDOC Youth of the Year. In 2018 Chris Tamwoy was awarded Queensland Young Achiever of the Year. ABC Music released Chris’ debut album Reality Is in May 2021, featuring an iconic and inspiring collaboration with Christine Anu on traditional language song classic Kulba Yaday. The Reality Is album garnered widespread praise from media and fans alike.

In 2021, Chris Tamwoy’s showcase instrumental compositions Healing You and Waves from his Reality Is album made special inclusions in the Screen Australia supported feature film Alick and Albert, for broadcaster STAN. Dubbed a ‘guitar virtuoso’, this humble young man’s music, personality and vibe are unforgettable.

His unique guitar playing style, where he lays the guitar on his lap and uses his fingers to tap, strum and pluck the strings, has already earned him a legion of fans.
– Nathanael Cooper, Sydney Morning Herald, March 2016

Seeing Chris perform is like magic, something of pure theatre.
– Christine Anu, ABC Radio, May 2020

Mal Webb is a songwriter and performer, who was a founding member of the bands The Oxo Cubans (trombone and vocals), Totally Gourdgeous (bass and vocal), Sock (acapella) and Formidable Vegetable (trombone, vocals and interpretive dance). He also performs with (and records for) electronic artist ‘Spoonbill’ and The Simon Kerr Perspective. He records brass and bass for many artists and adverts, does school shows, theatre music and helps out as a guinea pig for voice research! He was musical director of Wogs Out of Work (1985), he performed live with Lano and Woodley and did the music for their 1997 TV show, as well as Frank Woodley’s 2012 TV show, Woodley. He’s toured internationally with Batacuda, Legs on the Wall, Cambermade Opera, and Mainteater (Java). He did the soundtrack and songs for the Dummies Corp show “Dumtectives in Cirque Noir” and the Wishworks Puppets (UK) show, “Whispering Smith” and Little Wing Puppets’ production “Spike the Echidna”. Since 2003, he’s taught with Music Outback Foundation in NT. Also as a teacher, he’s worked with The Songroom and Nulsen Haven (WA).

Melbourne based violinist, Kylie Morrigan, began her music training early (age 3) as a classical violinist.  After graduating from the Victorian College of the Arts, she played in Orchestra Victoria and various freelance orchestras, including for Stevie Wonder, Barry White, Plant and Page, Shirley Bassey and The

Seekers, before retiring to raise and homeschool her 4 children.  Kylie has since returned to the world of music performance enjoying a range of playing styles including electro swing, folk and contemporary classical.  She currently performs and records amidst a healthy national and international touring schedule with Formidable Vegetable, The Simon Kerr Perspective, artist Mal Webb, electronic artist ‘Spoonbill’ and the Ad Hoc Music Collective and her duo with Carly Wilding, ‘Morrigan and Wilding’. In 2021, Kylie performed in new Australian musical Voyage in its Victorian tour, ending in a two-week season at fortyfivedownstairs, Melbourne, and performed a one week season with Carly Wilding of their self produced show, ‘Bumbles and Moz’.

You’re not allowed to stop doing what you do, even if you want to!
–  Audient at Stainsby Festival 2019 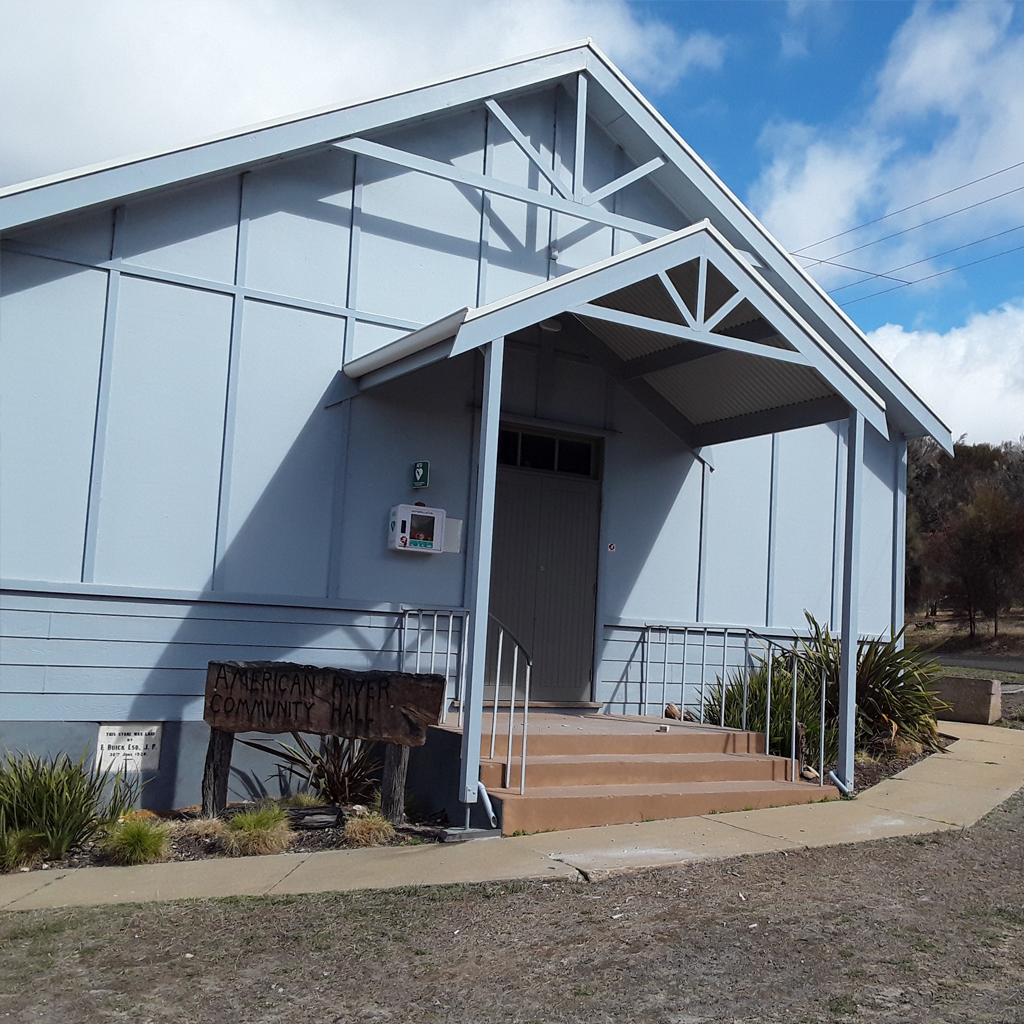 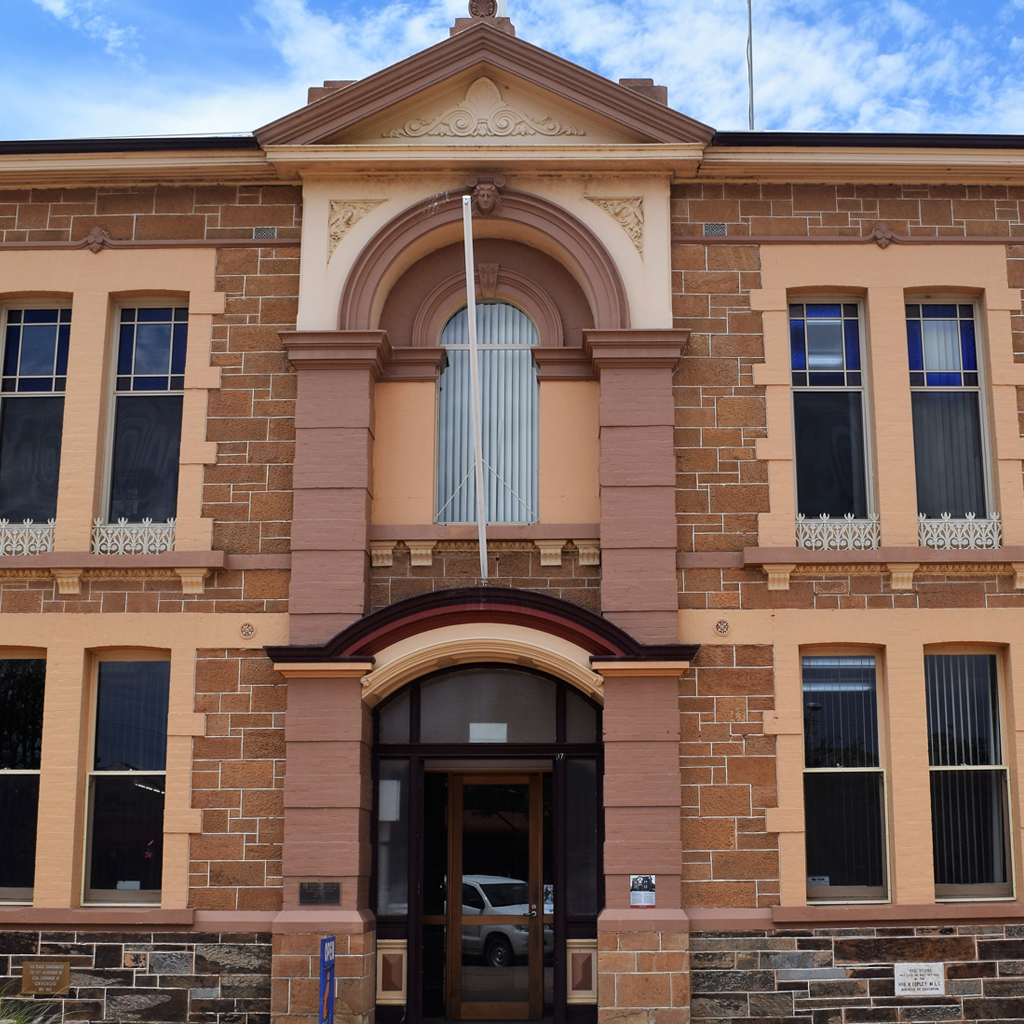 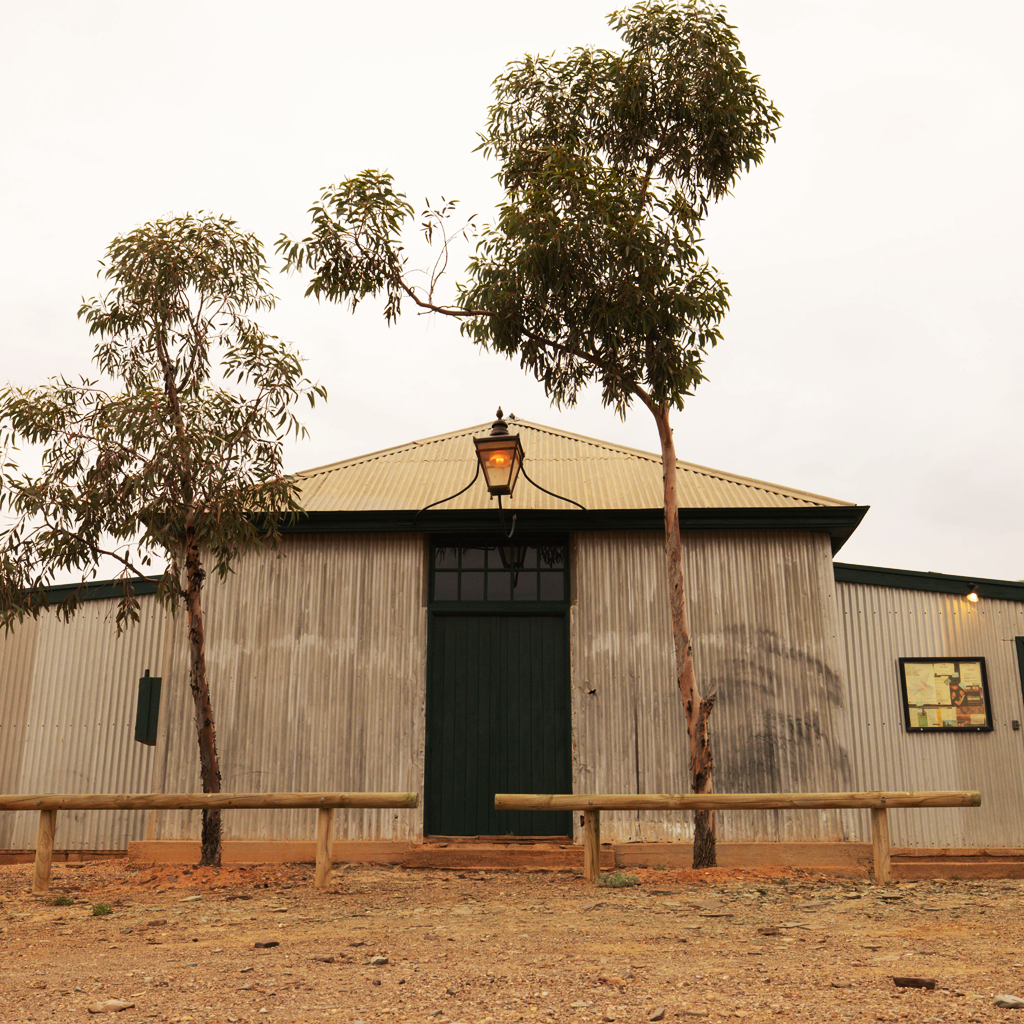 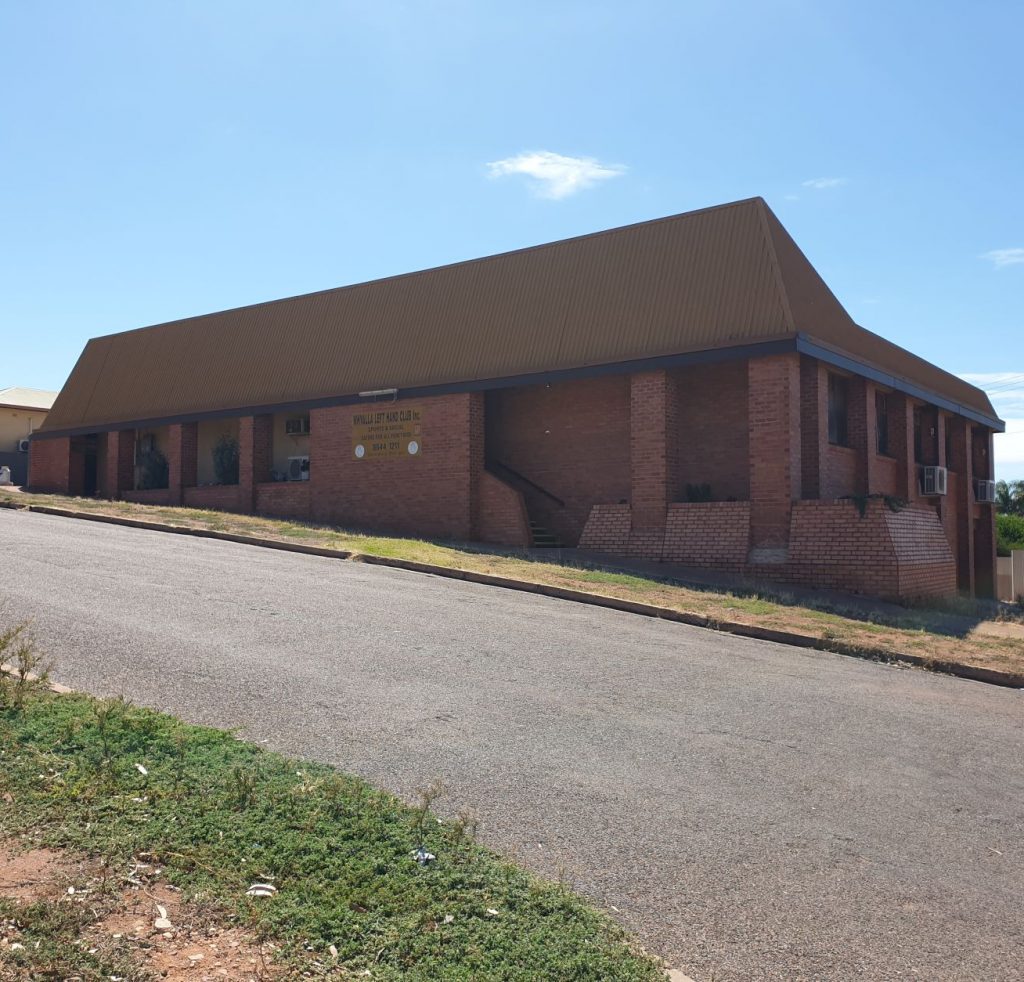 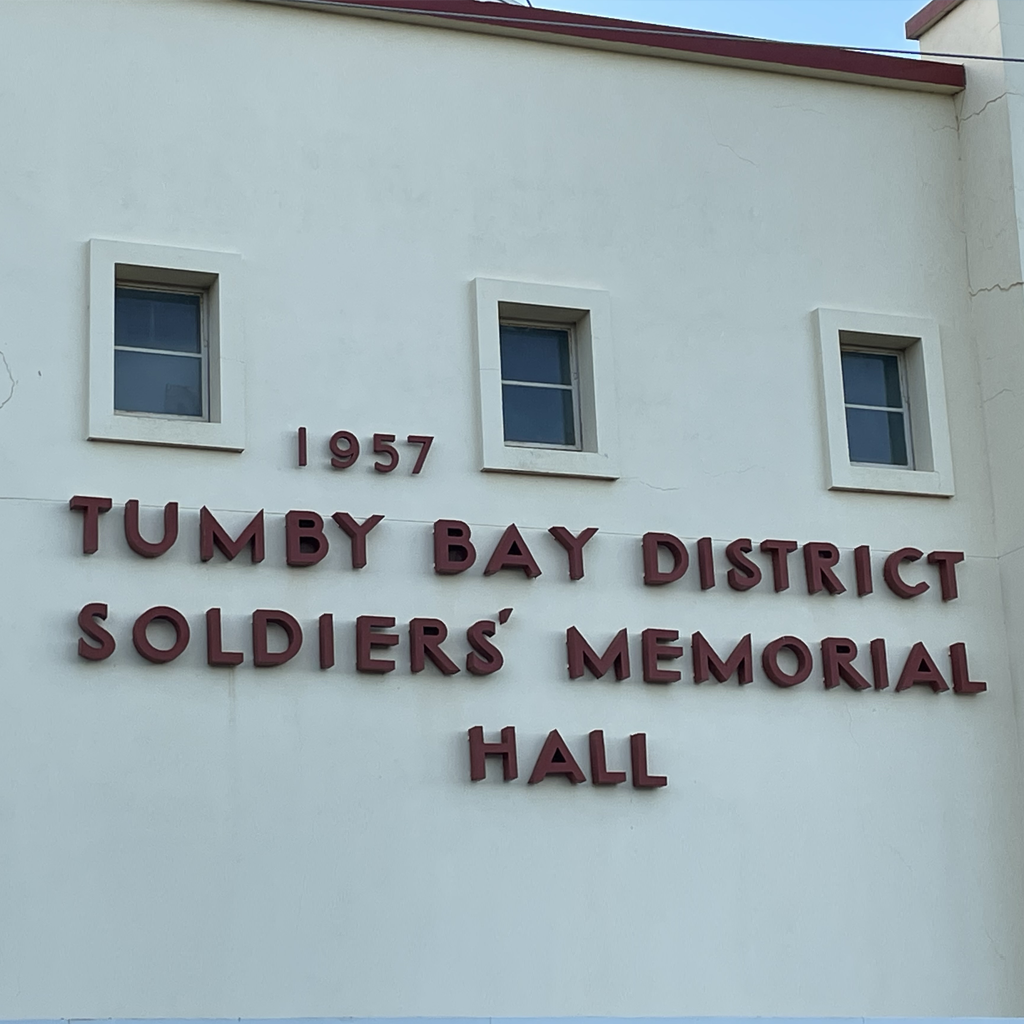 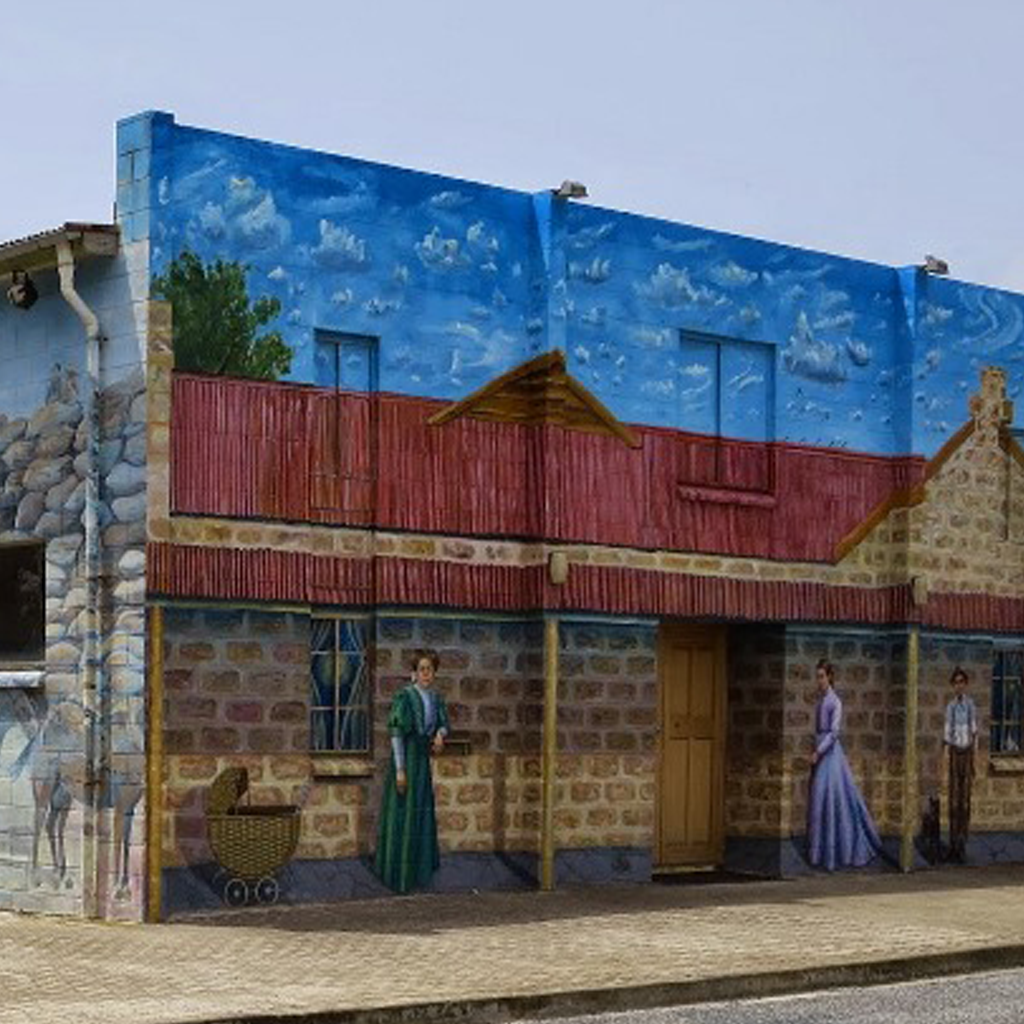 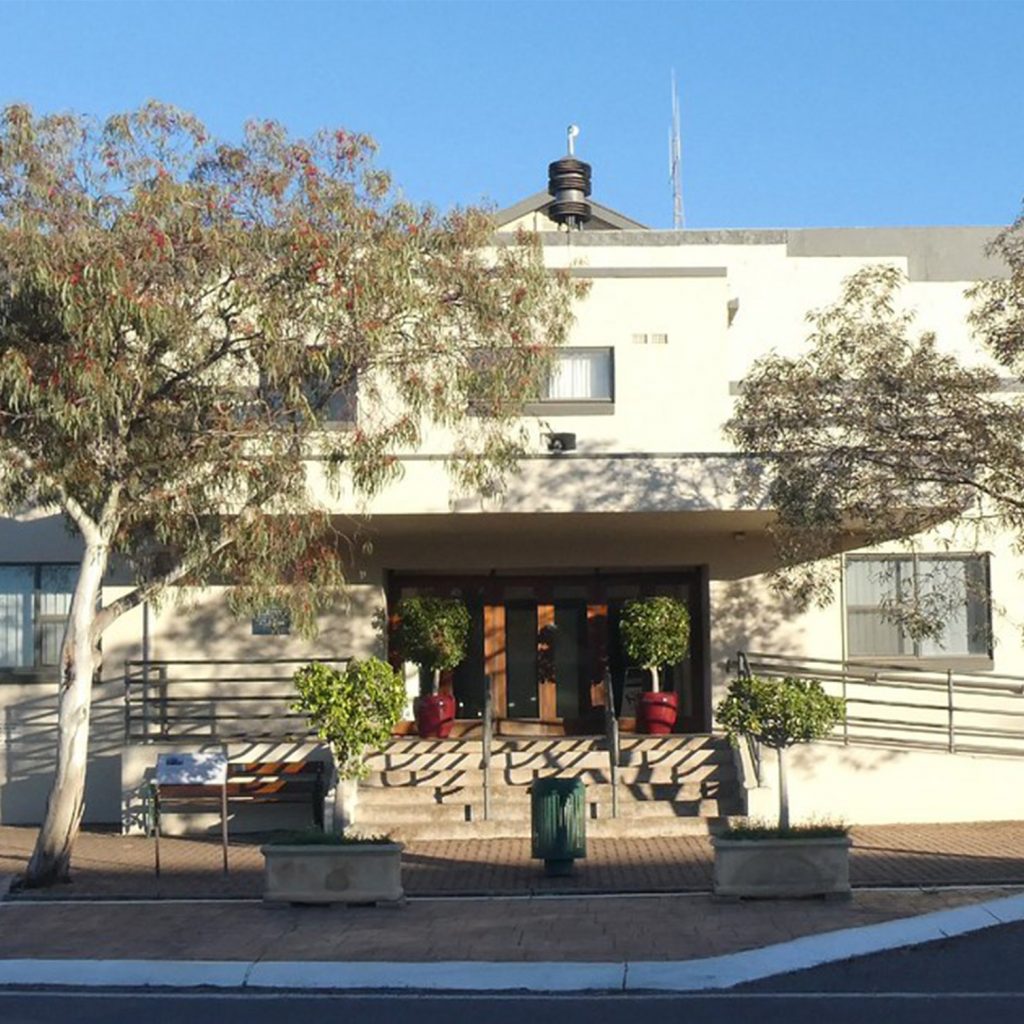 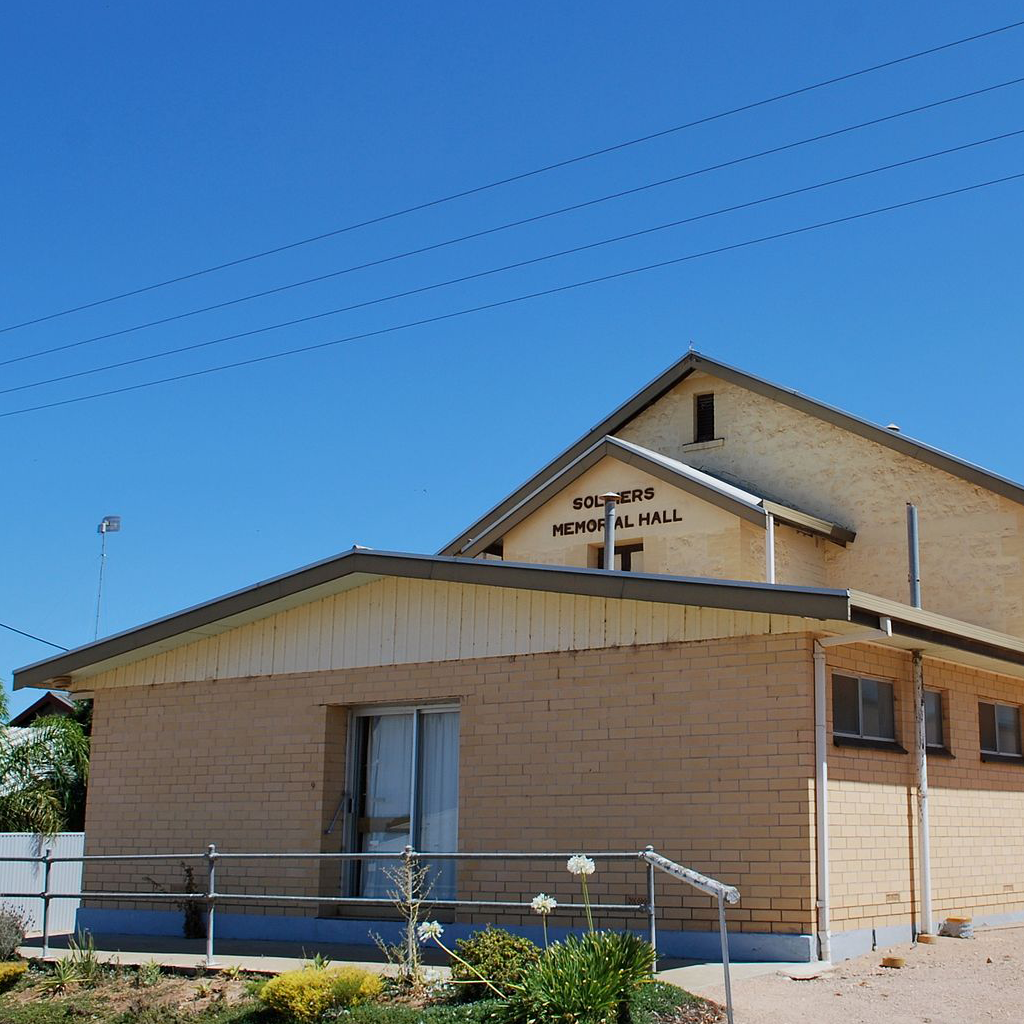 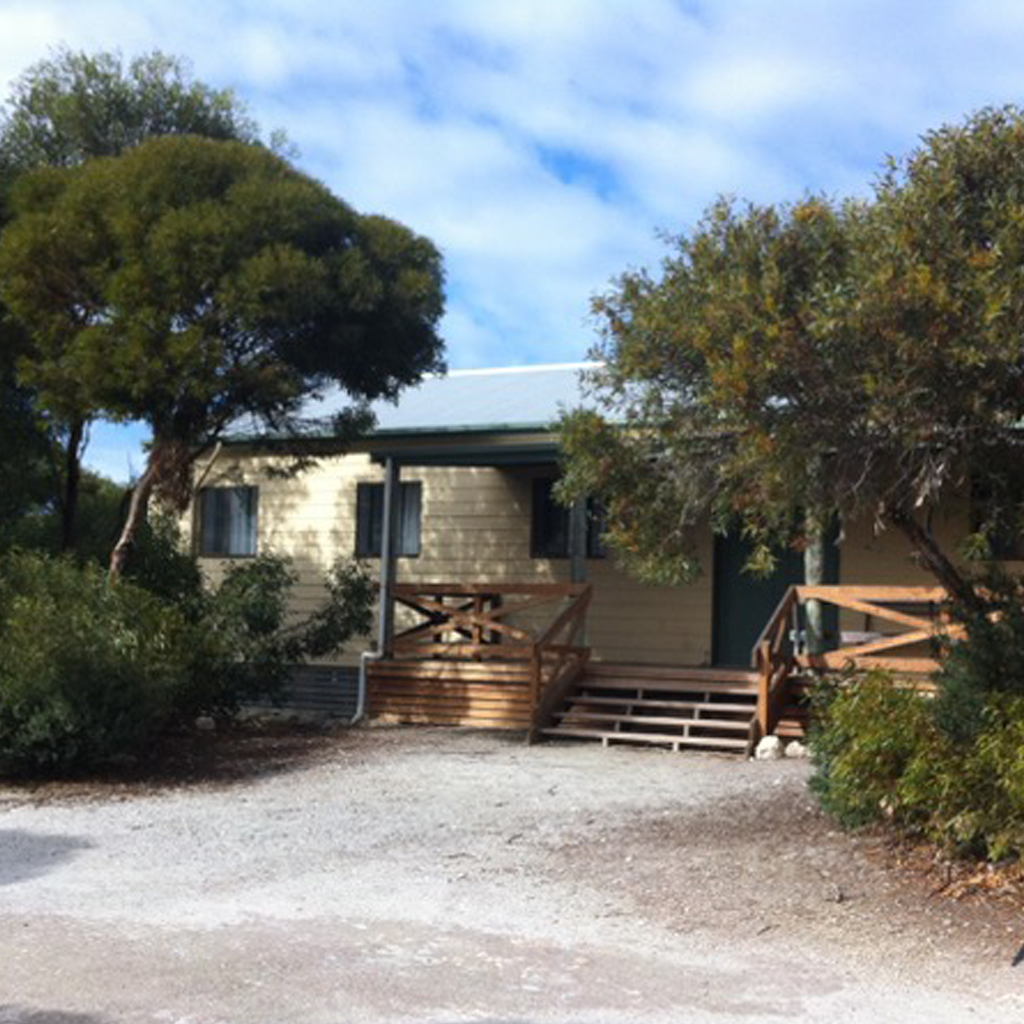 Stenhouse Bay Hall, SA, Narungga Country Stenhouse Bay Hall stands on the traditional lands of the Narungga People. Stenhouse Bay Hall is a remnant of a historic gypsum & salt mining township, now encompassed within the boundaries of the stunning Dhilba Gurandda – Innes National Park on Yorke Peninsula. Once a bustling mining community, the… 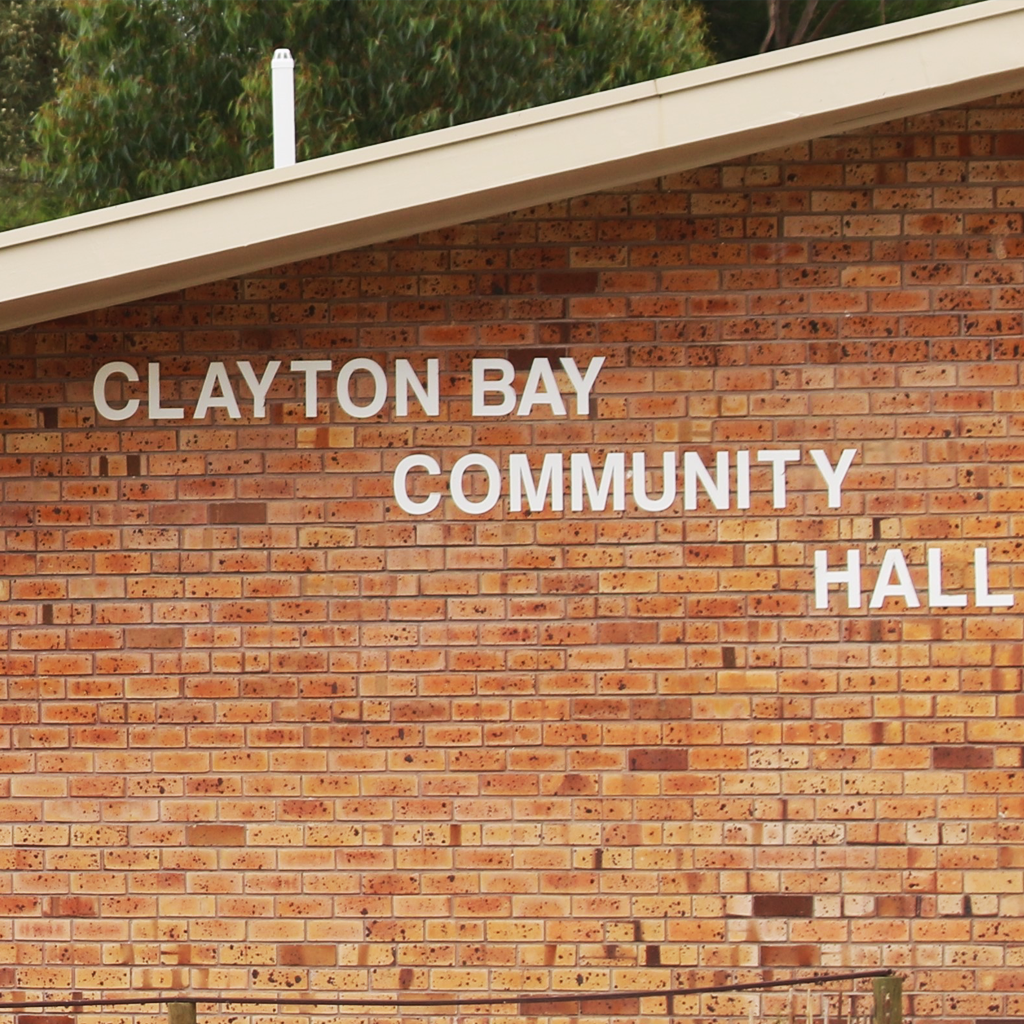 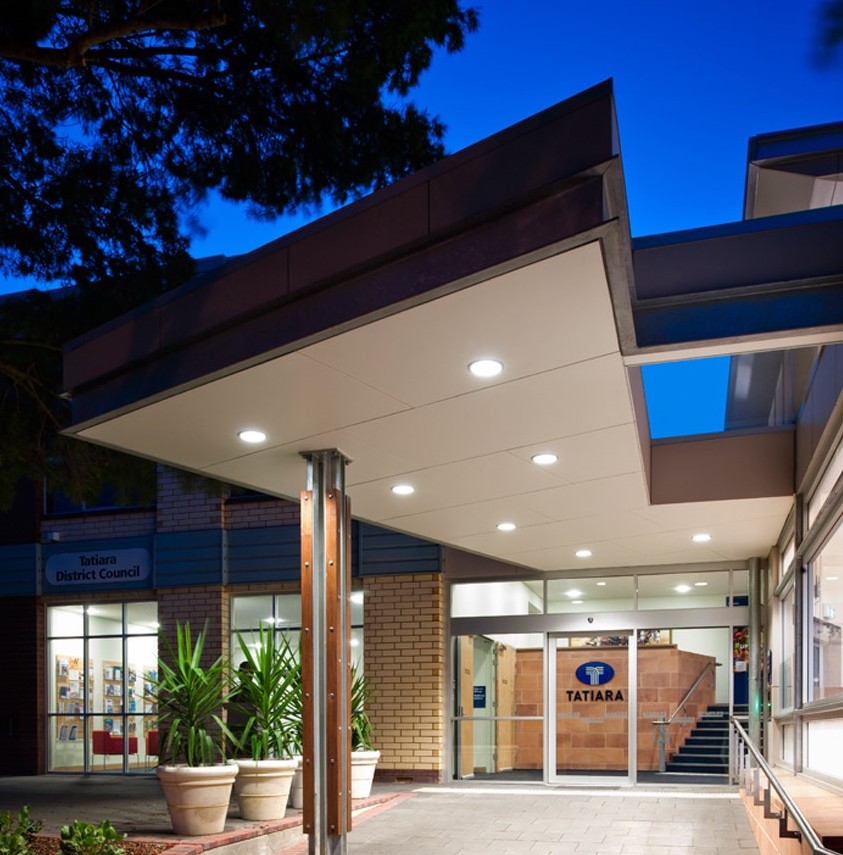 Tatiara Civic Centre Theatre stands on the traditional lands of the Bindjali People. Bordertown is located in the South East of South Australia, in the District Council of Tatiara. Home of the white kangaroo and birthplace of Bob Hawke, Bordertown also possesses a beautiful small theatre within the Bodertown Civic Centre, popularly known as the… 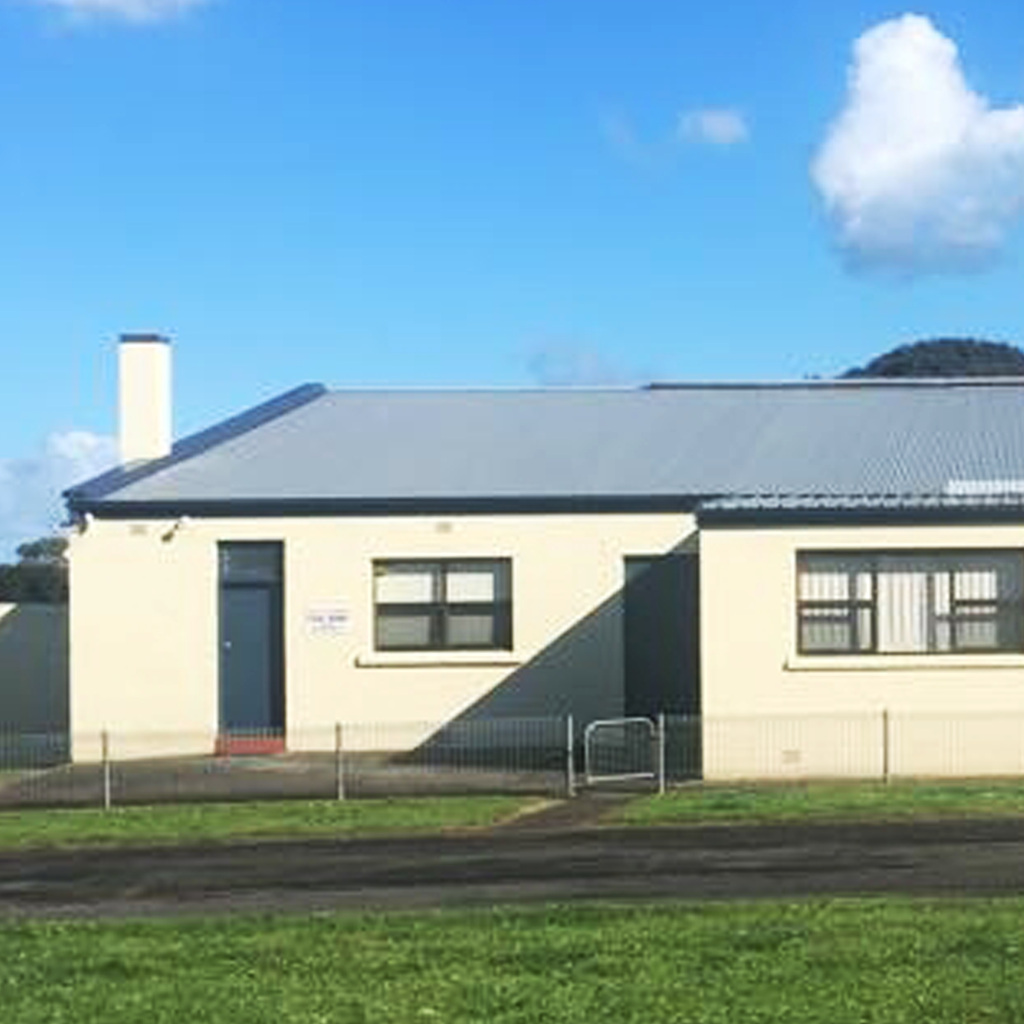 Mil Lel Hall, SA, Boandik Country Mil Lel Hall stands on the traditional lands of the Boandik People. Mil Lel Memorial Park Inc purchased land to build a Memorial Park and hall in 1944, in memory of the men and women of the Mil Lel district who served in World War 2. The hall was… 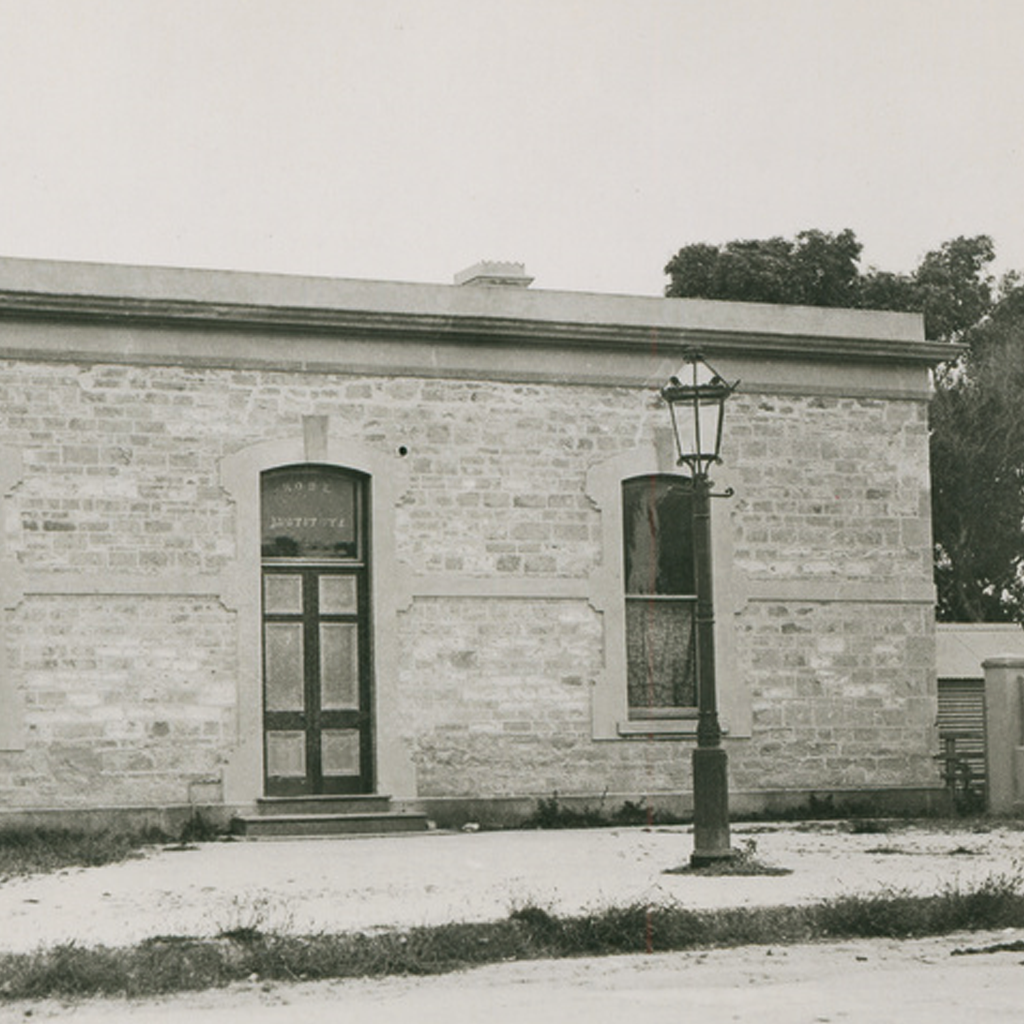 Festival of Small Halls events take place in venues operating under current government Covid Safe regulations, and has stringent Workplace Health and Safety requirements for all travelling artists and crew. Under the terms and conditions of all events, you must not attend if you have any symptoms of Covid-19.