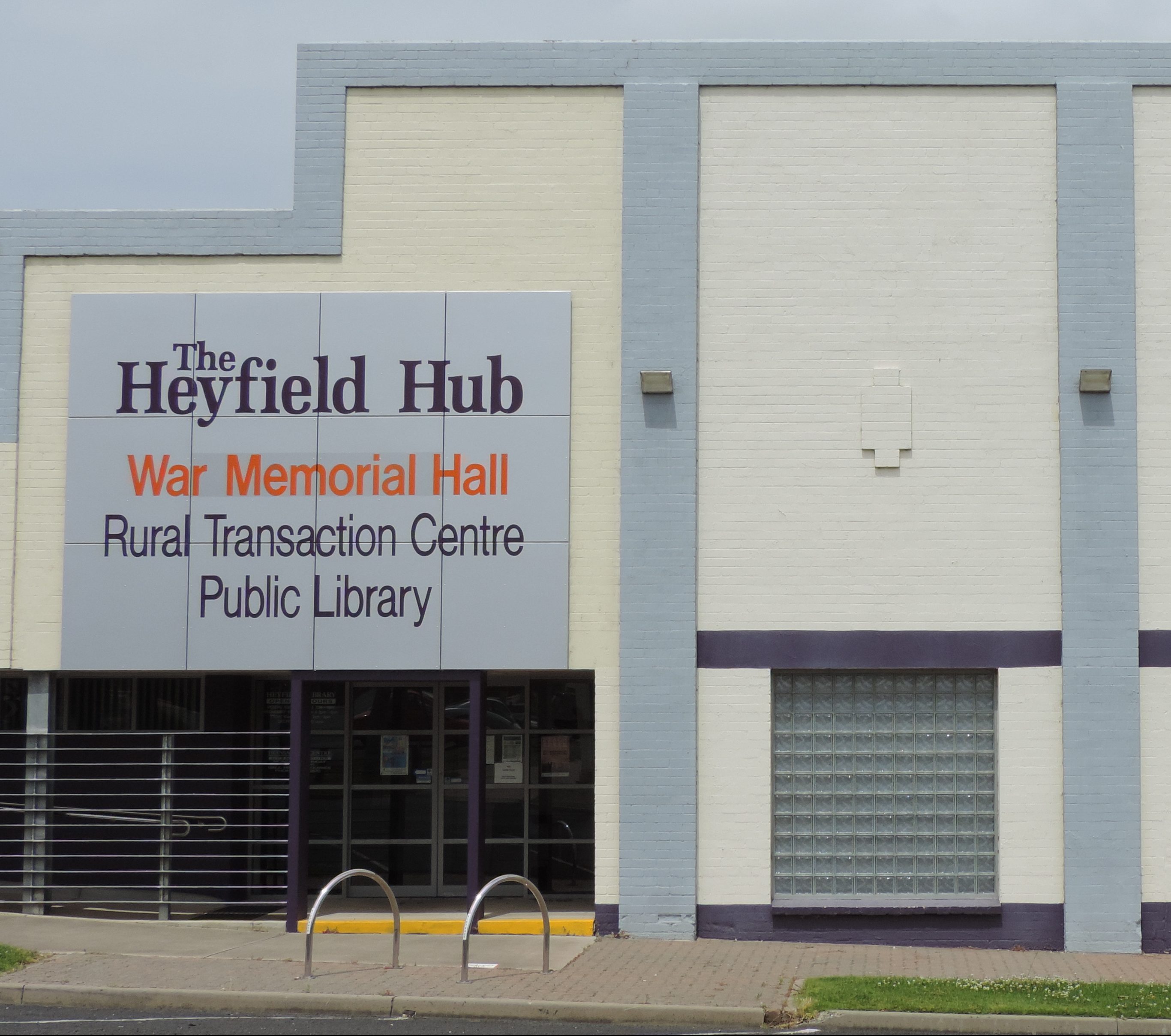 Today Heyfield is known as a farming and timber community, with a town population of 2200 and services about 3000 in the surrounding area. Heyfield has a very large soldier settlement farming area adjacent to it. With families coming to the area to farm in the early 1950’s. The Heyfield War Memorial Hall was built … Read more 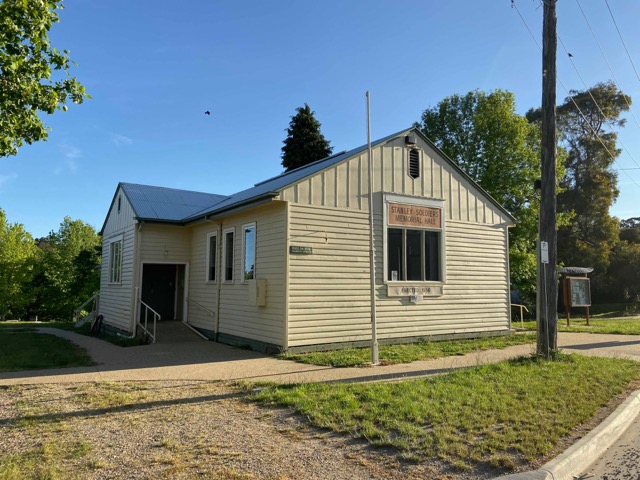 Nestled in the hills at the edge of the Alps in north-east Victoria lies Stanley. Stanley is a small rural village, approximately 10 kilometres from Beechworth, with a population of about 370. The town of Stanley was formerly known as Nine Mile, followed later by the name Snake Gully. In 1824, Hume and Hovell camped … Read more 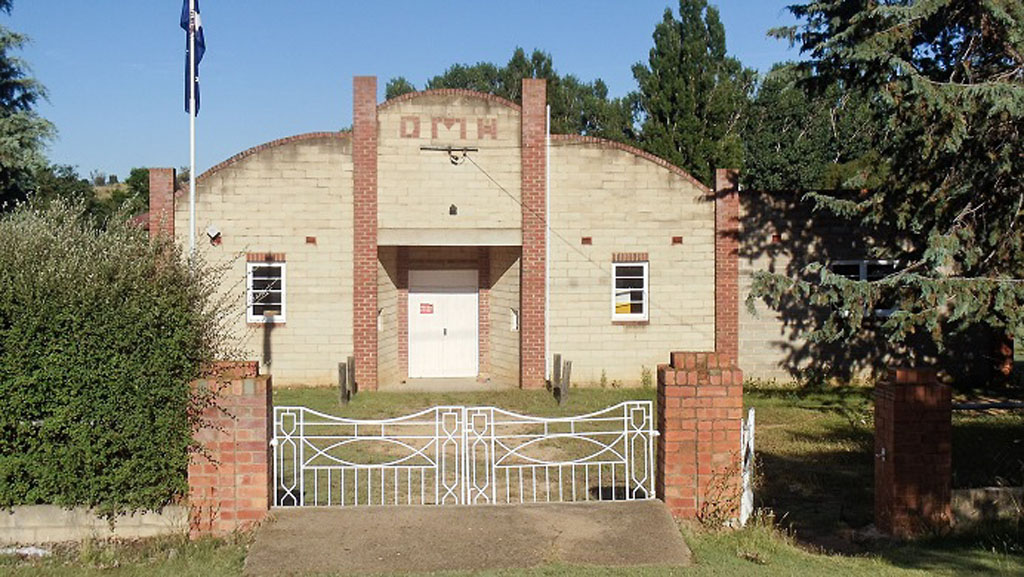 The historic village of Dalgety, on the banks of the Snowy River, is the only town left on the Snowy River in NSW. After the Snowy Hydro Electric Scheme was built in the 1950’s, the old towns of Jindabyne and Adaminaby were flooded. In 1902 Dalgety was gazetted as the site for the National … Read more 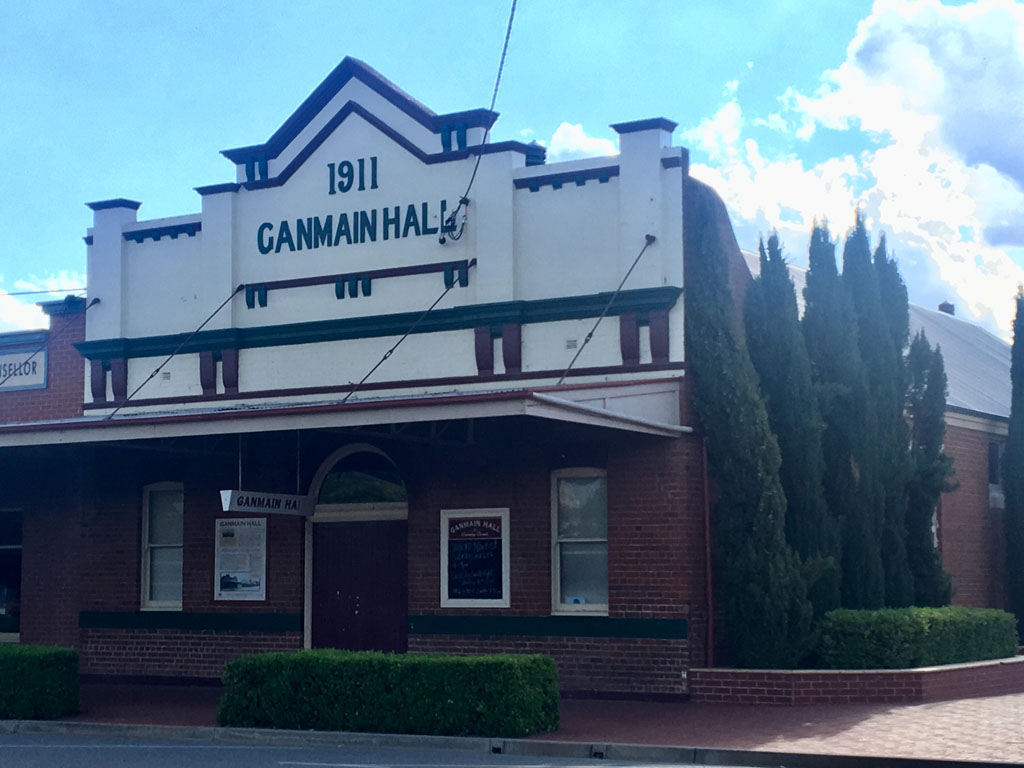 This gem of a Hall is situated in the picturesque village of Ganmain. The hall, established in 1911, is the jewel of the Main Street! As well as the magnificent hall, we hear the pies are famous for miles around. A destination rather than a stop then! Festival of Small Halls rolls into Ganmain … Read more