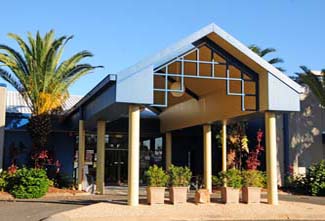 The drive to Capella passes by in a series of contrasts in colour and texture, from Oz-like, pillowy green fields just past Emerald to gently undulating waves of hazelnut coloured grasses. Newly taken crops leave stalks in rich earth and perfectly maintained fences divide irrigated fields from those lying fallow with the precision of a fussily parted toupée, all with the thrilling profile of the stern and jagged Peak Ranges in the distance. Capella is also famous as the location where the Australian Light Horse brigade, who’d been sent in to protect the woolsheds from striking shearers, began to wear the iconic emu feathers in their hats. Though the story of how it all came to pass is a bit odd (and worth looking up) the public art commemorating the troops is beautiful, particularly against the dying of the afternoon light in the West, when the sun creates smoky bushfire mirages against the pale white scrim of the sky.