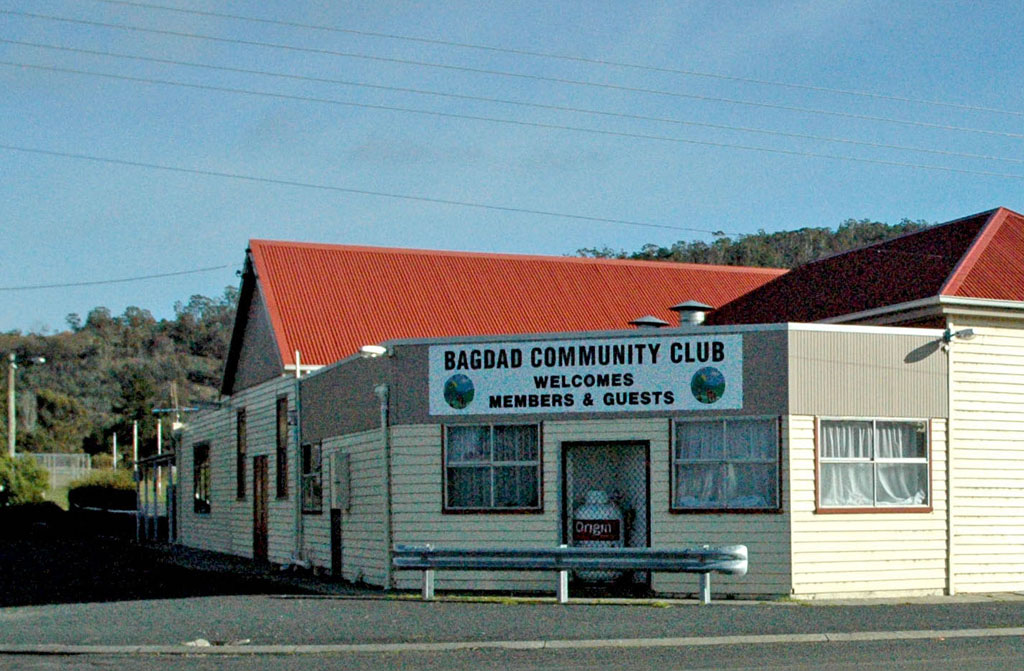 Welcome to the Southern Midlands of Tasmania, where a blend of good old fashioned values and modern ideas co-exist.

In the days of the horse and buggy, Bagdad was an important rest area and horse-changing place for those continuing their journey up Constitution Hill. It is now an area of orchards and small mixed farms and a commuter settlement. The town was named by the explorer Hugh Germain, a private in the Royal Marines. He was said to carry two books in his saddlebags while travelling: the Bible and the Arabian Nights, which he used as inspiration when he named places.

Bagdad Cricket Club will be providing a selection of hot food for purchase both prior to and during the event. This will include slices of wood-fired pizza- cooked fresh on site. Additionally, the Bagdad Online Access Centre will also be providing sweet scones and hot drinks for those who prefer something a little “lighter” at interval. All food and beverages will be supplied at a small cost as a fundraiser.